A Tasteful New Business for Hampstead 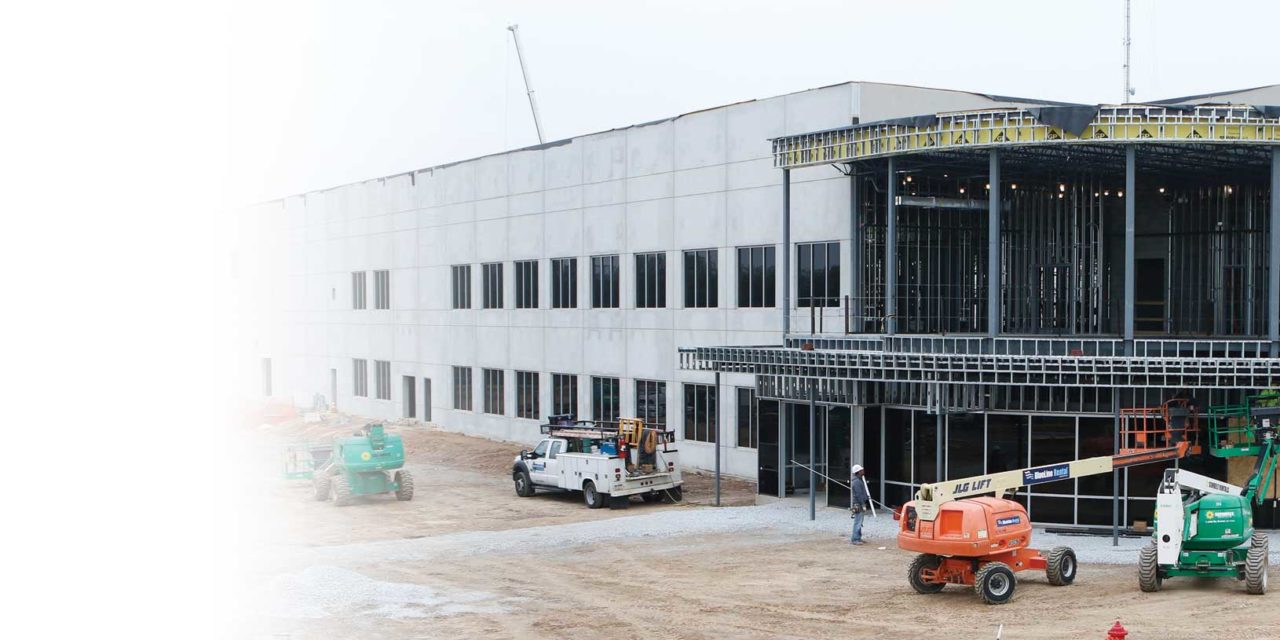 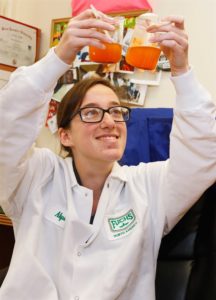 Can you smell that? Cinnamon? Pepper? Maybe a touch of garlic? That’s the smell of success for Hampstead’s economy.

It’s been two years since the German-based Fuchs Group announced that it was consolidating its two American facilities and moving them from Baltimore County to Carroll County.

The new American Headquarters for Fuchs is a 220,000-square-foot facility in the North Carroll Business Park. It will be completed at the end of July 2016.

Fuchs North America held a groundbreaking ceremony for its new headquarters on Tuesday, June 23, 2015, in Hampstead.

“We’ll be moving in in phases,” said Lori Blake, director of human resources for Fuchs America. “For a while we will have both locations open, but we should be fully transitioned to Hampstead by September.”

Fuchs is the world’s largest privately held spice and seasoning company. The seasoning blends are used by restaurants to flavor some of their most-popular menu items. Fuchs seasoning blends can also be found on snack foods, sauces, and other manufactured food products.

“Our R&D works with what the customers is looking for and trends information to create the seasonings,” Blake said.

Trends are determined with data from forecasting companies. The forecasters look for popular items in restaurants as well as ingredients that might not have even made their way into restaurants in a big way yet. Trends can also be found supermarket products experiencing growing sales. 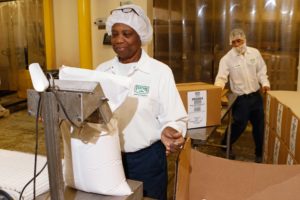 Of course, Fuchs also does custom blends for restaurants or food companies that have an idea of what they want. They ask Fuchs to help them develop that idea into a flavor or taste.

Once the client decides on a taste, Fuchs researchers begin working on perfecting the taste in the test kitchen. The Fuchs test kitchen is fully stocked with equipment and ingredients needed to cook up possible recipes. The researchers, with backgrounds in nutrition and food science, are more chefs than scientists.

This can be a trial and error process as something that sounded good doesn’t taste as good and needs to be refined over weeks or months to the client’s liking.

Once the new flavor is perfected, manufacturing can begin. Fuchs receives shipments of ingredients daily from all over the world. Those ingredients are run through a milling machine and then mixed in the proper ratios. Liquid ingredients may also be added in the mixing center if called for.

The Hampstead facility will have an expanded R&D laboratory with a microbiology laboratory, quality assurance laboratory, new sensory laboratory, and a new presentation kitchen. It will also have equipment for manufacturing, blending, packaging and milling. This includes new or expanded capabilities for mix manufacturing, spice milling and sterilization, plus packaging and warehousing featuring the latest stock picking and inventory management technologies, according to a Fuchs North America press release. 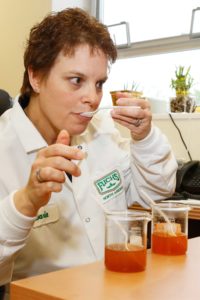 “Hampstead was an attractive location for use because of the amount of land available and the cost of the land,” Blake said. “The Carroll workforce is stable and has a reputation for being good and reliable.”

Besides the 80,000-square-foot Owings Mills location, Fuchs also has another 75,000 square feet of storage space in Baltimore County. Both of these facilities will be consolidated into the new Hampstead facility.

“We were out of room and needed to expand, but the Owings Mills site was landlocked so we had no space to expand,” Blake said.

The Hampstead site gives the company plenty of room to expand and to do it at one location, Blake noted.

The reason Fuchs outgrew its current facility is that sales in North America have increased more than 50 percent since 2007.

Blake said that she was unsure of what the final cost of the new facility would be, but a Baltimore Sun article reported that Fuchs was expected to spend at least $16 million on the project, according to the terms of a $500,000, three-percent interest loan from the Maryland Department of Business and Economic Development. 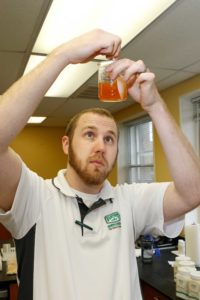 The Carroll County Economic Development Department also provided a $50,000 training grant to Fuchs. This money will be needed because the company expects to have to hire new employees. According to Blake, one of the advantages of the Reisterstown Road location was its easy access to public transportation. With that missing in Hampstead, Blake expects that many of the current employees who used public transportation will not be able to make the transition to Hampstead.

Fuchs’ Baltimore County sites employ 168 people. The company will have to maintain at least 150 positions at the new site through 2018 as a condition of the Department of Business and Economic Development loan.

Once the Hampstead facility is open, Fuchs is planning a grand opening and an after-hours Carroll County Chamber of Commerce event in early November.