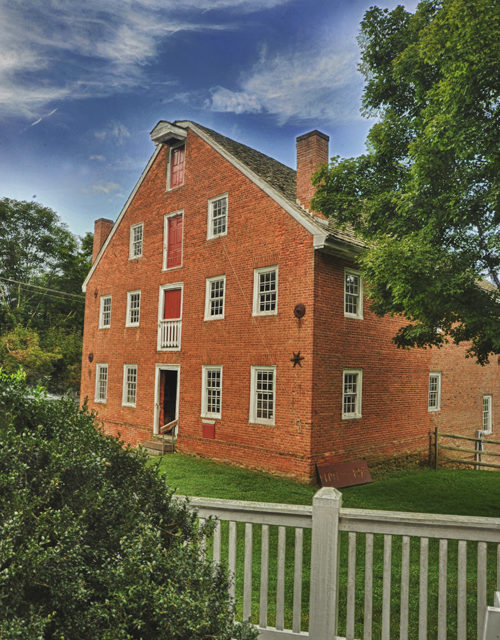 The Legend of Crybaby Bridge

There is an eerie feeling surrounding Carroll County’s so-called Crybaby Bridge, even during the day. Some say it is just a rural legend, but people still whisper about it today.

Actually, there is a wealth of crybaby bridges throughout America, including Maryland, which has three different spans: the haunted bridge at Beaver Dam Road in Beltsville, Governor’s Bridge Road in Bowie, and ours in Westminster. Moreover, there are similar bridges in Illinois, Indiana, Oklahoma, South Carolina, Georgia, Alabama, Ohio and Texas.

Here in Carroll County, even the exact location of Crybaby Bridge is elusive. According to Lin Conroy, digital/social media administrator for the Historical Society of Carroll County, Westminster’s ghostly bridge is located where Adams Mill Road meets Roop’s Mill Road, spanning Little Pipe Creek. It is there that, according to numerous stories, many people have had strange encounters with children long dead. A persistent tale has it that people use the bridges to get rid of babies born out of wedlock. Although the local, county-maintained bridge seems tranquil during the day – just another overgrown arch on a country road – it is the night that has nurtured its fantastic fable.

“One of the stories is that a slave owner got a slave girl pregnant and dumped her baby over the bridge, which is why you hear the cries,” said Conroy. “Another story has it that a girl became pregnant and was afraid to tell her parents – and this was probably 150 years ago – but she had the baby and threw it over the bridge, and that is why you [allegedly] hear it cry.”

Another story, according to StrangeUSA.com, has it that racially motivated hate groups used the bridge in the 1800s to commit infanticide. Purportedly, if you go to the bridge after dark you can hear the murdered babies crying.

But according to Conroy, there might be some rational explanations for the bridge’s haunting sounds. “When it was a wooden bridge [Crybaby Bridge is now made of concrete] it could have been the creaking [of the structure,]” said Conroy. “Another idea is that there are foxes in the area, and when they make their mating cries, it’s just horrible.

“Nevertheless, it’s still a hot spot for ghost hunters. The legend of Crybaby Bridge
is a part of history.”

Milling was a major industry in Carroll County in the 19th century. In 1852 the county supported 681 mills. But by the turn of the century, many mills had faded away – victims of the Industrial Revolution and the centralization of grain processing – and became “ghost mills,” leaving vestiges of their former prosperity: hundred of roads named after them…

Only one – Union Mills – serves customers to this day. Others vanished. According to the Historical Society of Carroll County’s curator of collections, Catherine Baty, most of the mills in Carroll County were very small, save for Union Mills.

“Most of the mills just disappeared,” said Baty. “A lot of them had foundation problems and just collapsed. Some might have had people salvaging bricks from them, while others might have been washed away in floods.”

Some of the ghosts of bygone mills are Klees Mill Road (the mill disappeared in the 1930s), Green Mill Road, Roop’s Mill Road, Lucabaugh Mill Road, Wormans Mill Road and Adams Mill Road. And there are many others.

Baty confirmed that industrialization was the main killer of mills in Carroll County. Why go to a mill when you can buy what you need in a store? That trend changed milling – and most Carroll County towns — forever.