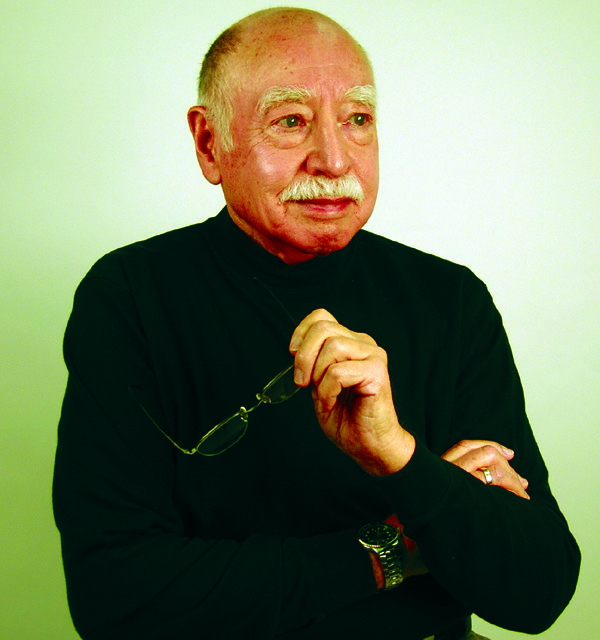 “We founded Carroll Magazine as a service publication, dedicated to the everyday concerns of people who live in Carroll County, and we hope to continue providing advice, entertainment and information – in good times and bad – that our readers can use in their daily lives; not deep stuff, but practical and we hope, useful intelligence.” – Sherwood Kohn

His legacy lives on, not just in the pages of this magazine, but also in the personal and professional lives of so many people – the young reporters he mentored who became editors and publishers; the friends and family members who will miss his constant quest for the truth, his challenge of the status quo and his championship for creativity and the arts.

With appropriate irreverence, Sherwood Kohn uncovered humor as well as the many foibles of humanity in the world around him.

“Sherwood and I were colleagues for several years at the Jewish Times in Baltimore and he was a class act, from his erudite writing to his dry wit to his impeccable attire,” writes Gary Rosenblatt, former editor for the Baltimore Jewish Times. “He was a mentor to me and I learned a great deal from him, not only professionally but also in how to maintain one’s dignity and independence, when to go with the flow and when to hold firm in one’s views. I treasure those lessons to this day.”

Sherwood was drafted into the Army at the end of WW II and served in liberated Korea before the actual conflict broke out. After his honorable discharge, and under the GI Bill, he received his undergraduate degree at the University of Cincinnati (UC). While reviewing a theatrical production at UC, Sherwood met the love of his life, Monna Gale Fingerman. After marrying, he and Monna moved to Columbus in order for him to pursue a master’s degree in journalism from Miami University of Ohio.

Over the years, Sherwood accomplished many things, not least of which was receiving the Television Critic of the Year award from the Directors Guild of American Critics in 1961. He worked at The Cincinnati Enquirer as a journalist and then later as theater, television and movie critic at The Louisville Courier Journal.

Over the years his journalistic work appeared in various publications, such as the Ladies Home Journal, The New York Times Magazine, Life Magazine, Playboy, National Geographic and the Baltimore Jewish Times, amongst many others.

“As the BJT’s senior editor, I worked closely with Sherwood and had tremendous respect for him,” said Arthur Magida. “He had great integrity, impressive experience from which we all benefited, and compassion and empathy for all. In the truest sense of the word, Sherwood was a gentleman.”

Both of Sherwood’s parents, Stanley and Theodora Kohn, were well-known artists in Cincinnati. Stan was an artist and art director at The Cincinnati Enquirer for over 40 years, and Ted (as she was known) studied at Fontainebleau in Paris and was a talented painter.

Sherwood taught journalism at Montgomery College and was also an editor at the Congressional Budget Monthly publication in Washington, DC.

Contributions can be given in his name to the American Civil Liberties Union (ACLU) to help protect the rights of all Americans, regardless of race, creed or color.

“My sons dragged me grumbling and muttering out of journalistic retirement to start up this magazine. [They] have told me that they think I enjoy editing. I try not to show it, but maybe they’re right.”  – Sherwood Kohn