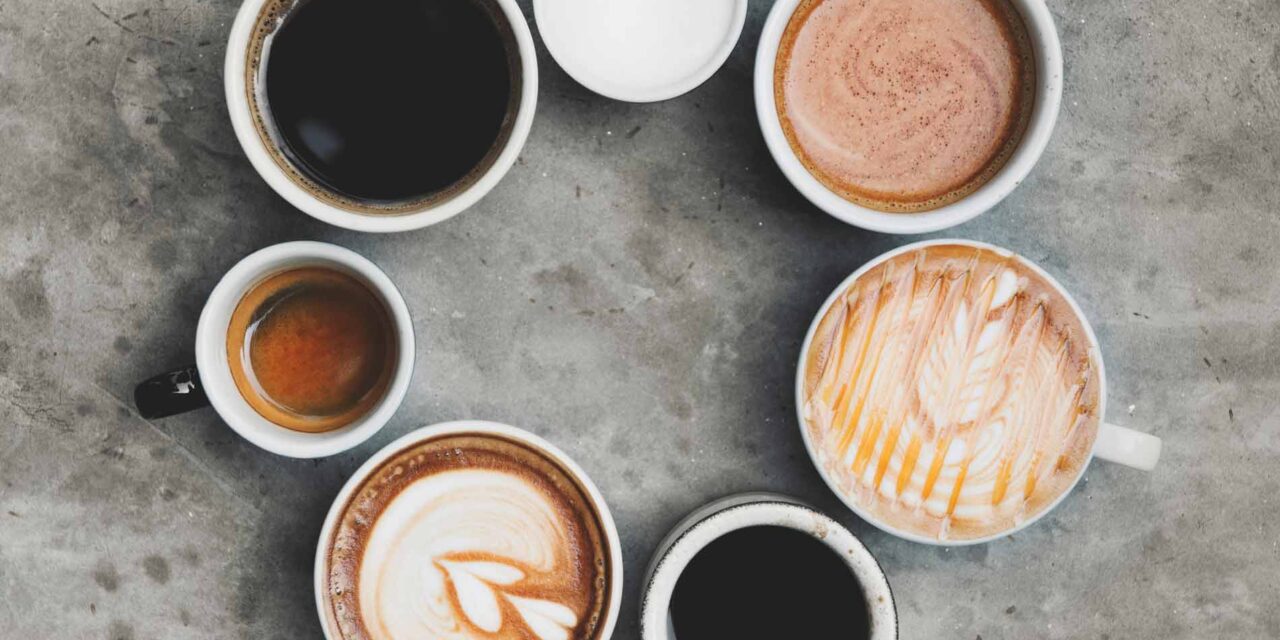 I’m sitting in my car, music turned down because I have to concentrate. I inch forward, trying to remember the right language. I look at the screen of options — it’s pretty much a foreign language to me. I’m pretty nervous. Few things make me feel this dumb, this out of touch. I pull up to the talking screen. The pressure of the situation has forced the right language right out of my head. So I fall back on basic words, universal language, even though I suspect the person I’m talking to is rolling his eyes on the other side of this screen. I just say, “Ummm, I’ll have a large” — and “Venti” pops up on the screen. I continue “Frappuccino” … “Frap” appears on the screen. “Just regular coffee flavor, no syrups or flavor” … the voice asks a question. I don’t really know what he’s asking so I just repeat “just coffee flavor … with almond milk and whipped cream.” “Almond Mlk 2%” and “Whip” pop onto the screen. He seems satisfied, I’ve given enough information to get the drink I want. He tells me to pull around, and I’m so relieved, I can feel the stress leaving my body.

I didn’t drink coffee until three years ago. And I don’t like hot drinks (that’s for a different column), so my coffee has to be cold. And coffee over ice just sounds like soon-to-be watered-down coffee. But a coffee milkshake — that’s my style. Some bold coffee, a little vanilla-flavored creamer, blend it with ice and throw an excessive amount of whipped cream on top … Mmmmm, caffeine dessert to start the day. My brother is a coffee snob. He likes his coffee strong and dark and pressed, and he just shakes his head at my bastardized version of it. I do not pretend to be a sophisticated coffee drinker.

I blame my teenage daughter — she jumped on the Starbucks bandwagon, and after tasting some of her drinks I started to think this might be something I could get into. And I did. But ordering coffee at any coffee shop is an anxiety-ridden affair for me because each coffee place has a different language. At Starbucks it’s a frappuccino, at McDonald’s it’s a frappe, at Dunkin’ it’s a frozen coffee (thank you Dunkin for using real words for the unsophisticated folks who like coffee but don’t want to learn another language to order it). Starbucks even made the sizes complicated. A “grande” is a medium, “venti” is large.

According to Good Housekeeping, you can order coffee 25,000 different ways at Dunkin’. Apparently the chain sells 2 billion cups of coffee globally per year. That’s a lotta bean.

I do appreciate that there are so many different ways to make coffee. I secretly envy coffee connoisseurs who know and understand the many versions and varieties — latte, cappuccino, espresso, macchiato, ristretto, cold brew; and then the varied ingredients — steamed milk, milk foam, syrups, powders. It would take me a year of training to be a barista. That said, I love to hang out in local coffee shops, just to smell the coffee and feel smart by proxy. I just feel like real coffee drinkers know things.

Apparently it’s common knowledge that coffee can be good for your health, with antioxidants that can help guard against conditions like Alzheimer’s and heart disease. According to nutrition experts at the Johns Hopkins University School of Medicine, coffee may reduce internal inflammation and protect against heart failure and type 2 diabetes. It turns out a regular cup of joe also decreases breakage in DNA strands (breakage in DNA strands can lead to cancer or tumors), and one study showed that coffee drinkers were 26 percent less likely to develop colorectal cancer.

I pull up to the window to get my drink. I immediately remember that I failed to add “two shots” (of espresso) in my drink order, but I’m not stressing it — next time. But I also notice that there are three different containers with money next to the window. One says “Single,” one says “It’s Complicated,” and I can’t remember what the third said, but some version of “not single.” And just like that — I feel dumb and out of touch all over again. Am I supposed to put my tip money in the container that describes my relationship status? Or what I think the server’s status is? Or which relationship phase I think is the best? I will say, at this particular Starbucks, “Single” is the most popular answer, the only container with money in it. I put my money in “It’s Complicated” because that’s how I feel about ordering coffee, and now about tipping, too.