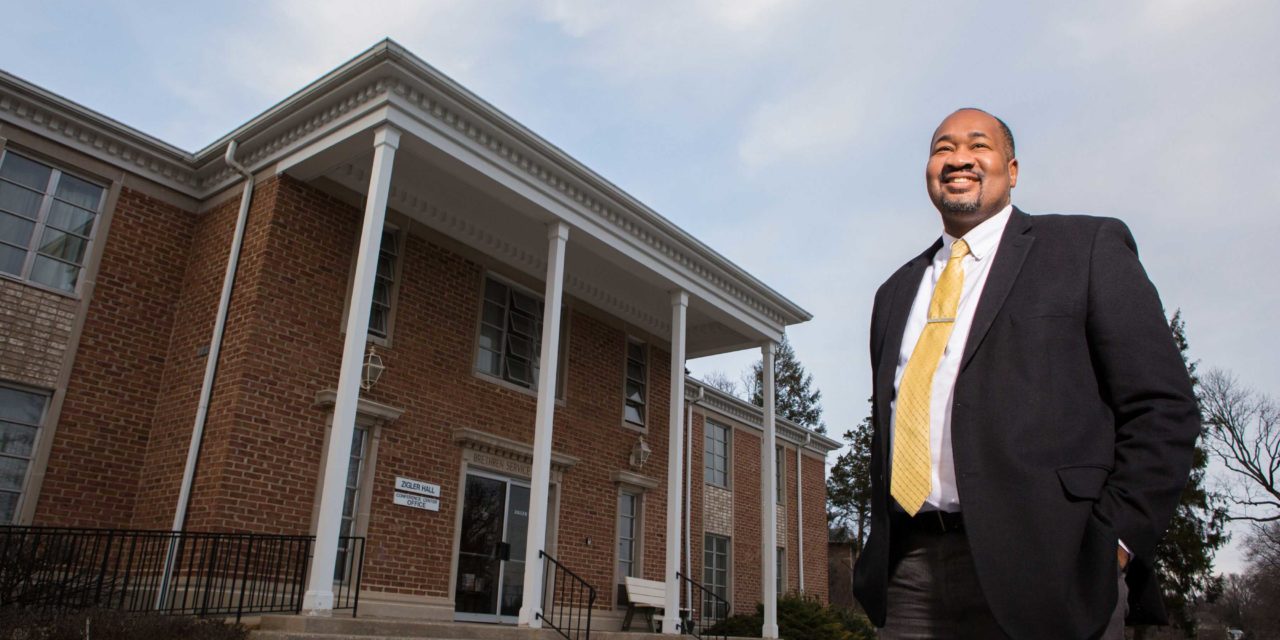 From Service Center to Springdale Prep

For much of its history, the rolling hills of New Windsor have been steeped in education and exploration by what is well-known as the New Windsor Service Center, originally a series of educational institutions. There are plans underway to revive the spirit of innovation, exploration and education in the small town with the vision of Springdale Preparatory Academy – a proposed co-educational day and boarding school.

“New Windsor is well suited for anything,” New Windsor Mayor Neal Roop said. “But the small town rural atmosphere, paired with the fact that this area has an educational background as it was a college at one time, make it ideal for the school.”From 1851 to 1937, the former Brethren Center was a series of educational institutions including Calvert College, New Windsor College, Blue Ridge College and eventually Church of the Brethren School. The campus became the New Windsor Service Center in 1944.

Enter Johnny Graham – a man with a vision for a small, intimate prep school that offers students from around the globe a hands-on, experiential education in an environment that fosters an understanding of diversity and personal growth. Graham, backed by Charles Chen, the CEO for Shanghai Yulun Education Group, has big plans and has begun the work to bring the dream to fruition.

“This idea didn’t happen overnight, there are philanthropic efforts involved, due diligence and a lot of research,” Graham said. “I don’t know if I can easily detail how something this enormous happens, I just know I’m really excited for the opportunity to really build an organization from the ground up.” 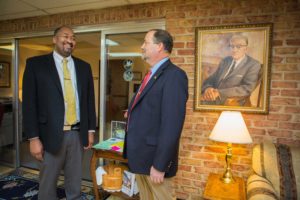 Johnny Graham talks with New Windsor Mayor Neal Roop in front of a portrait of Mr. Zigler at the former Brethren Center.

Graham, who attended boarding school in Chattanooga, Tennessee his last two years of high school, said that after graduating from the University of North Carolina he got involved in boarding school education at the ground level and over the decades has worked his way up to various leadership positions.

Although there are perceptions about boarding schools – that they are only for the very wealthy or parents of boarding school students aren’t involved in their kid’s lives, the Association of Boarding Schools suggests that there are many benefits to attending such a facility.

A boarding school environment allows students to fully engage in hands-on learning, and not just in the classroom, according to the Association of Boarding Schools. Students engage with friends, teachers and coaches throughout the day in classrooms, on the field, during meals and during social time. There is time and space to build strong, lasting relationships. Additionally, students must learn to be self-motivated, independent and strong decision makers.

“I am proof positive that you don’t have to be wealthy to graduate from a college prep boarding school,” Graham said with a grin. “Boarding schools have diverse populations including economic variations. A boarding school lifestyle affords young people a supportive academic environment in which to develop living skills that come to benefit one later in life.”

At the very foundation of Graham’s vision for the school is a hands-on, immersive learning style that requires students to be a part of the learning, not just observers. His teachers will be known as learning facilitators and Graham said the small group classes will allow the learning to be teased down to where it can be analyzed and touched and broken down in a way where it has significance to the student.

“It’s important that we cater to the student’s style of learning, that we customize it because students take in information and process it in many different ways,” Graham said.

Graham said that today’s college graduates have a degree but they aren’t prepared for life. In fact a 2014 national survey done by Achieve, a nonprofit education association, reveals that there continue to be shortcomings in the educational expectations for students, with real consequences when they confront the demands of college or work after high school. 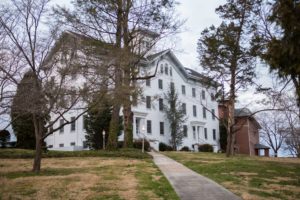 Historic buildings on the 23-acre campus will be renovated into classrooms and boarding areas.

Graham said he intends to graduate students from his prep school with an understanding of responsibility and accountability.

“Life skills – learning how to deal with adversity, wellness, mindfulness and how to take accountability for actions – will be built into everything we do at Springdale,” Graham said. “A growing number of colleges have complained that parents are hovering over their college students and that is something we hope to address in our school, preparing students for the tough moments life throws at us and using experiences here as a springboard for success in adulthood.”

If all goes as planned, Graham said that by 2025, he envisions a school with about 350 students, a majority of them boarders but some day students, and a staff of approximately 80 people. He intends for the school, which he anticipates opening with a small staff and small group of students in the fall of 2017, to draw students from around the globe.

New Windsor Mayor Neal Roop said he was first involved in conversations about the school this past summer. He said his excitement level for the school and its potential has only increased since first hearing about it.

“I envision this having a tremendous impact on the town,” Roop said. Not only will it provide employment opportunities, but our current businesses will benefit. I also expect we’ll see growth in business with new eating establishments and Bed and Breakfasts.”

In addition to the economic benefits of a new school, Roop said he’s thrilled that the beautiful and historic buildings on the 22-acre campus will be put to good use.

“I’m happy that the buildings are not going to sit empty for years and deteriorate,” Roop said. “Although I’m a little saddened that most of the Brethren Service Center services will no longer be a part of the town after 73 years. A lot of history was created here that many people are not aware of.

Roop said he is happy, however, that the Brethren Center’s warehouse will continue to provide great services for countries around the world.

Jack Lyburn, director of the Carroll County Department of Economic Development, and his team are working with Graham and his management team to get Springdale Preparatory School on the map in New Windsor.

“The Springdale Preparatory School project is a once-in-a-lifetime kind of project for Carroll County and a perfect reuse for the former New Windsor Brethren Center,” Lyburn said.

Graham continues to build the structural elements for the school including the curriculum and the staff. A job fair for the school was held in mid-March and in May the school will host an open house.