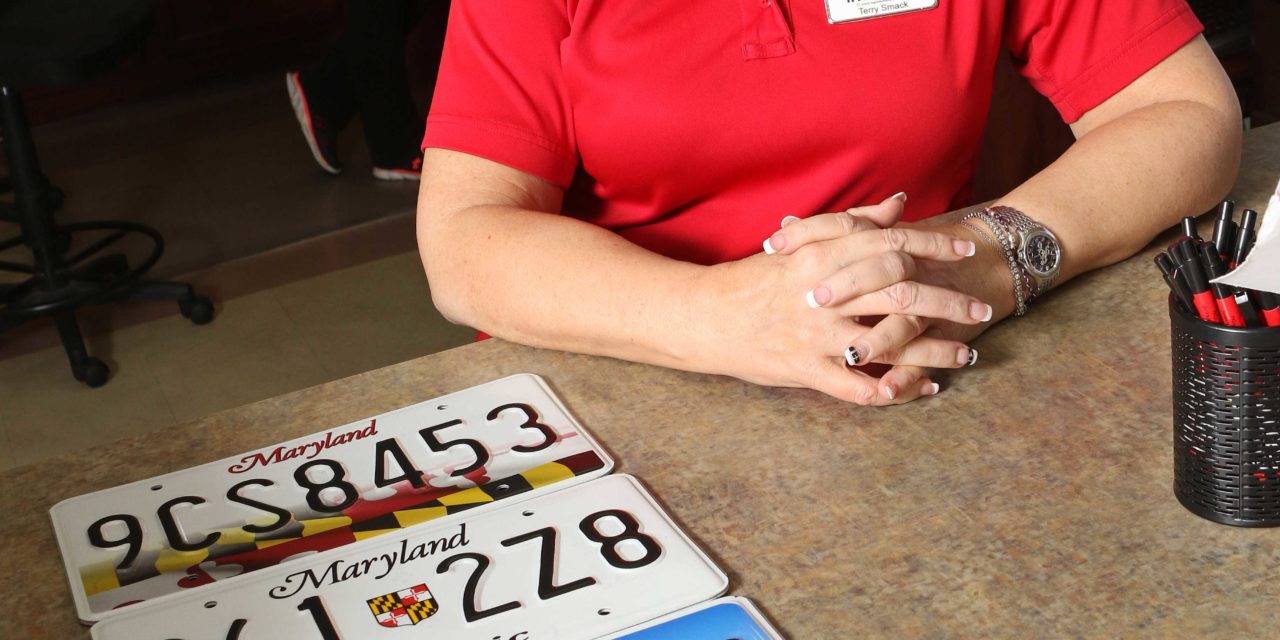 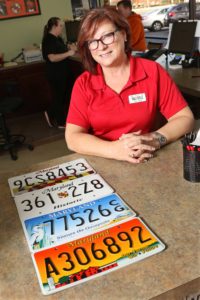 Terry Smack believes in the old adage that “if life gives you lemons, make lemonade”. She used to work with her husband in the automotive industry until they went through a less-than-cordial divorce.

“I decided that the best thing for me to do was go out on my own and do something different,” Terry said.

She took a job with an automotive titling company. She soaked up the knowledge and skills, and she wanted to advance in her job. She could only go so far in someone else’s company, though, so Terry opened up her own company in the basement of the Watts Center in Finksburg.

The office was 800 square feet that Terry now lovingly calls the dungeon because of its location and the small windows they had. She and her employees dressed up the space with license plates, pictures of old cars, and automotive memorabilia and went to work.

“We can do everything that the MVA can except issue drivers licenses, and we do it quicker,” Terry said.

Terry opened her second location after five years and her third a month after that. She now has six locations in Eldersburg, Owings Mills, Taneytown, Union Bridge, Westminster, and Columbia.

“I know some people who have to take a half day off work to go to the MVA and wait for hours,” Terry said. “We can get you in and out in 10 minutes because we always remember that we work for the customer and not the state.” 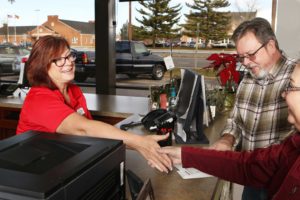 Terry also believes in giving back to her community because “if it wasn’t for the community, we wouldn’t exist,” she said.

She works with the State’s Attorney’s Office Domestic Violence program and serves on the Carroll Hospital Foundation Board. A couple times a year, she will donate a portion of the company’s business income to the foundation. She also buys several pigs and cows from the County 4-H students to support them. She then donates the animals to the food bank. She even works with the Carroll County Historical Society.