The Love of Cycling 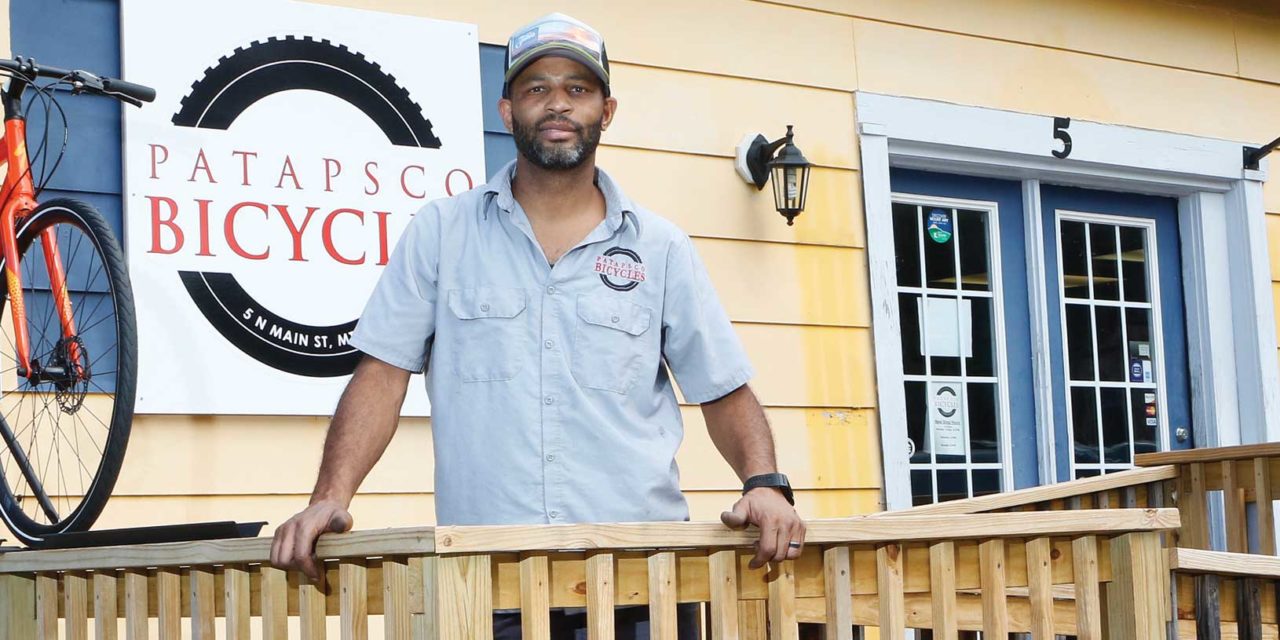 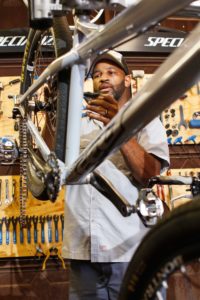 Within a 45-minute drive of Mount Airy, there is an estimated 600 miles of mountain biking trails from Patapsco Stake Park to the Frederick Watershed. In the center of all of these trails is Patapsco Bicycles, a premier bicycle shop in downtown Mount Airy.

“Some of the best mountain biking trails in the country are near here,” Don Rucker, one of the owners, said.

“We are mountain bike strong with higher end bikes that offer better warranties,” said Eric Smith, who works at the store.

More importantly, the store owners – Rob Strohmeyer, Mike Birner, Don Rucker, Les Kirkegaard, John Piorkowski – are all bicycling enthusiasts themselves so they not only know the strengths and weaknesses of different model bikes but they also know the places to ride.

Rucker started racing BMX bikes at age 8 and started working in a bike shop at age 14. Bicycling is part of his life and who he is.

“This is not just a job to me. I could probably make more elsewhere. I was willing to give up a lot for my passion,” Rucker said.

Customers have learned to rely on their expertise at Patapsco Bicycle and return time and again for bike maintenance, and new bikes for other members of their family.

“We pride ourselves on fitting a person to just the right bike,” Smith said.

To do this, they will actually customize bikes if need be, starting with a frame and then adding a specific seat, pedals, tires, etc.

“It’s all about the ride,” Rucker said. “You can go at your own pace and just enjoy it.”