Who Is More Romantic?Men or Women? 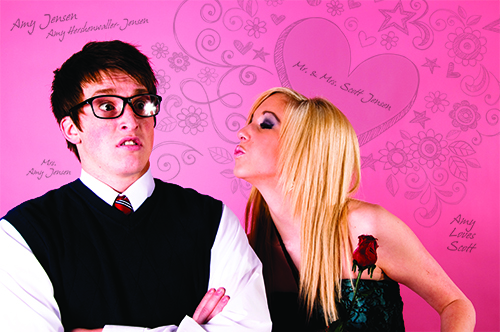 As ineffable as love itself, romance, the essence of Valentine’s Day, continues to baffle both men and women.

In the battle of the sexes, where love is the prize, romance defines the battle strategies. Innumerable non-fiction books, such as Men Are from Mars, Women Are from Venus: A Practical Guide for Improving Communication and Getting What You Want in Your Relationships, by relationship expert John Gray, have attempted to isolate the elements of romantic love.

Where science fails, poets, novelists and writers from Dante, Chaucer and Shakespeare to Barbara Cartland, Victoria Holt, Nora Roberts, and recently, the controversial E.L. James, have taken up the quest in an attempt to define the indefinable.

In modern parlance, the noun “romance” encompasses feelings of excitement and mystery associated with love. As a verb, it is the act of courting or wooing. Historically, the definition of romance has evolved from its association with the medieval concept of idealized love. Many of the tenets of courtly love remain entrenched in the myths associated with romantic ideals.

Writer Betsy Riley and her spouse of seven years, Kenneth E. Spoon, of Damascus, Montgomery County, met on seniorfriendfinder.com, a popular senior dating website for older adults. After a period of courtship, they were married, “barefoot on the beach at sunset, on Maui,” on Jan. 22, 2006, said Riley, who kept her last name for professional reasons. Both Riley and Spoon said women are more romantic than men.

“From a man’s perspective, I would have to say women,”Spoon said. They are more sensitive to feelings resulting from words or happenings.”

Riley responded that she thinks “women are more into the romantic aspect of relationships – women look for the story behind a gesture.”

Not surprising, Riley’s image of romance is a couple holding hands while walking on a secluded beach, “shot with a gauze-filtered lens.” She readily admits that many of her ideas about romance are based on having read romance novels during her formative years. Spoon, on the other hand, said that most of his understanding of romance comes from more than 50 years of learning from his mistakes.

John Purvis and Alisa Piotrowski, who make their home in Carroll County, have been together since 2006. Purvis is a news reporter for WTTR AM, and has a passion for music. Piotrowski, an officer with the Carroll County Chapter of the Maryland Writer’s Association, is a freelance graphic artist/designer who dabbles in writing. They met while both were attending a week-long summer program for teens at the Art Institute of Pittsburgh. He lived in New Windsor, she in Altoona, Pa.

“The distance wore on us, and after about six or seven months of expensive phone calls and long drives, we broke up,” Piotrowski said. “Decades later, I wondered whatever happened to my high school sweetheart, so I searched for him on MySpace and found him. The timing was ideal for both of us, so we started dating.”

Piotrowski said her understanding of romantic ideals are based on interpretations from English literature, particularly, the works of Percy Bysshe Shelley, Lord Byron, John Keats and William Wordsworth. Her realistic side defines romance as physical affection, gift-giving and date nights.

For Purvis, romance involves sharing an activity with a loved one – “two people sitting together in a movie theater or laughing about something over a meal.”

“Women prefer to receive romantic gestures rather than return the favor,” said Piotrowski É I think men tend to want to be romantic, but they just fall back on what they think women want – candy, flowers, jewelry, outrageous gestures.” Communication is the heart of romance, she said.

Purvis said the question of who is most romantic can only be answered on an individual basis. When it comes to romance, Purvis said, “Women and men are on equal ground in their understanding of what makes something romantic É it’s not so much a gender issue, but one of the individual.”

Relationship experts Lori and Bob Hollander of Relationships Work, in Owings Mills, who first met while living on opposite sides of the country, were brought together by chance and a shared profession.

Lori’s step-brother was a DJ at a California radio station. Bob had called in a song request, but it did not get played, so he called back. While talking on the air, Bob mentioned he was a counselor and Lori’s step-brother said that coincidentally, his step-sister was a counselor who was looking for a job in California, and asked if Bob might be willing to talk to her. Bob agreed. Lori was given Bob’s telephone number and a long-distance relationship began.

They will celebrate their 25th anniversary in April. After an off-again, on-again, long-distance relationship, Bob moved back to New Jersey. They revived their relationship and were married.

Men, Bob said, initially view romance as a means to an end. After love enters the picture, their romantic ideals change and they begin to trust their partner and reveal their vulnerabilities. Lori said an ideal romantic moment is about being together and focusing completely on each other.

“I think it’s the exceptional man who gets it,” Lori said. “Women are generally a lot more in touch with and aware of their feelings. When you are romantic you really have to have a heightened awareness of other people’s feelings.”

Bob believes it is a myth that women are more romantic than men.

“I think women’s understanding and feelings about romance are much more global than men. Underneath, men can get to that place where romance does not just mean having a good time sexually, but it takes time for men to become vulnerable and understand those feelings,” Bob said.

“Men have a bad reputation,” said Bob. “Society and culture have told us we cannot act vulnerable or sensitive. We’ve been given a bad rap here.”

Bill and Anne McKenna of Westminster met on a blind date while in college. Three months later Bill gave Anne his fraternity pin. They married about two and a half years later. The McKennas, relationship counselors and educators at the Marriage Resource Center of Carroll County, said that romance does not have to be the exclusive province of one gender or the other. They feel that both men and women are capable of romantic thoughts and gestures.

Anne said she believes that men may be more romantic simply because throughout history they have had to play the role of pursuer in the dance of love.

After 51 years of marriage, they share the belief that romance is created in an atmosphere of trust and companionship. To flourish, romance requires tuning out distractions in order to focus on each other. Romance is built upon intimacy, trust and communication, they said.

Best-selling romance writer Robin Kaye, of Mt. Airy, said that despite the fact she spends her time writing romances, she does not see herself as being particularly romantic. At the heart of her contemporary romance novels are characters learning about relationships. Friendship, she said, must be the keystone of any lasting romantic relationship. Romance is an individual phenomenon, not dependent on gender, she said.

Poet and writer Regina Sokas, of Woodbine, who has been married for about 24 years, said confusion about what is or is not romantic has been created by cultural stereotypes.

Today, she said, romantic ideals have been tied to commercialism and materialism. Men often show love and attention by doing things for the women they love. Women, on the other hand tend to demonstrate love and romance through words and feelings, she said.

“It’s important to ask your partner what I can do that makes you happy,” said Sokas. “In my case, I love the little things my husband does for me. He drinks coffee, but takes the time to start water for my tea. Too often, over the years, I have seen women sabotage relationships by saying, ÔIf he really loves me, he should know what I want.’”

Neither men nor women are mind readers, said Sokas. Romance requires establishing enough trust to create an atmosphere in which men and women can share their needs and desires. Romance is as much a mental as a physical endeavor.