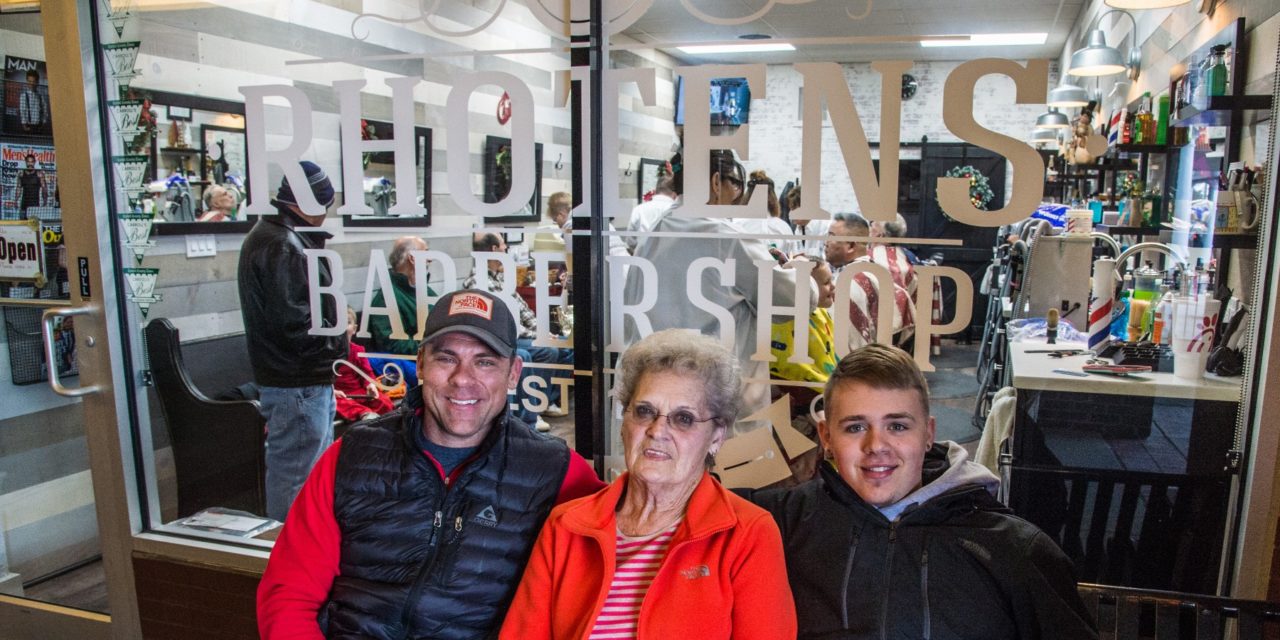 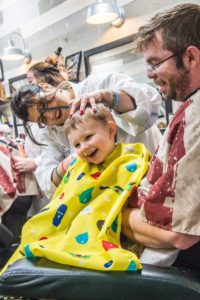 When Douglas Rhoten opened his barber shop in the Westminster Shopping Center in 1959, the shopping center wasn’t even completed.

“They were still building it when we opened,” says Annette Rhoten, Douglas’s wife. “We had to walk on planks to get into the shop.”

Last fall, instead of the outside of the barber shop being under construction, it was the inside that was incomplete as Rhoten’s Barber Shop was gutted for a complete renovation. The Rhotens wanted to update the look of the nearly 60-year-old business so that it would be attractive to a younger generation. Rhoten’s is now cutting the hair of members of the fourth and even fifth generations of some Carroll County families.

“A lot of the old guys don’t like it,” says Curtis Rhoten, Douglas’s son. “They liked the old cabinets and smell of the old shop.”

They will come around, though, when they see the new look of the barber shop, which had its grand reopening on Dec. 16.

For more than 58 years, Rhoten’s has been a staple in the Westminster business community. Cutting hair is a competitive business, and Rhoten’s has stayed successful for so long because it sticks to what it does best. Rhoten’s Barber Shop offers all styles of cuts – flat tops, fades, military cuts – and finishes them with a complimentary hot lather neck and ear trim shave, beard trims and grooming, hot towel beard, and head shaves. Woman’s cuts are also available.

It also offers dependability and great customer service, which is why customers keep returning month after month. When their children need haircuts, they bring them to Rhoten’s.

The shop has five chairs and six barbers. It prides itself on hiring experienced barbers and then helping them become better.

“Just about every barber in Westminster had worked for Dad at some time,” says Curtis.