A Juneteenth Celebration in Carroll 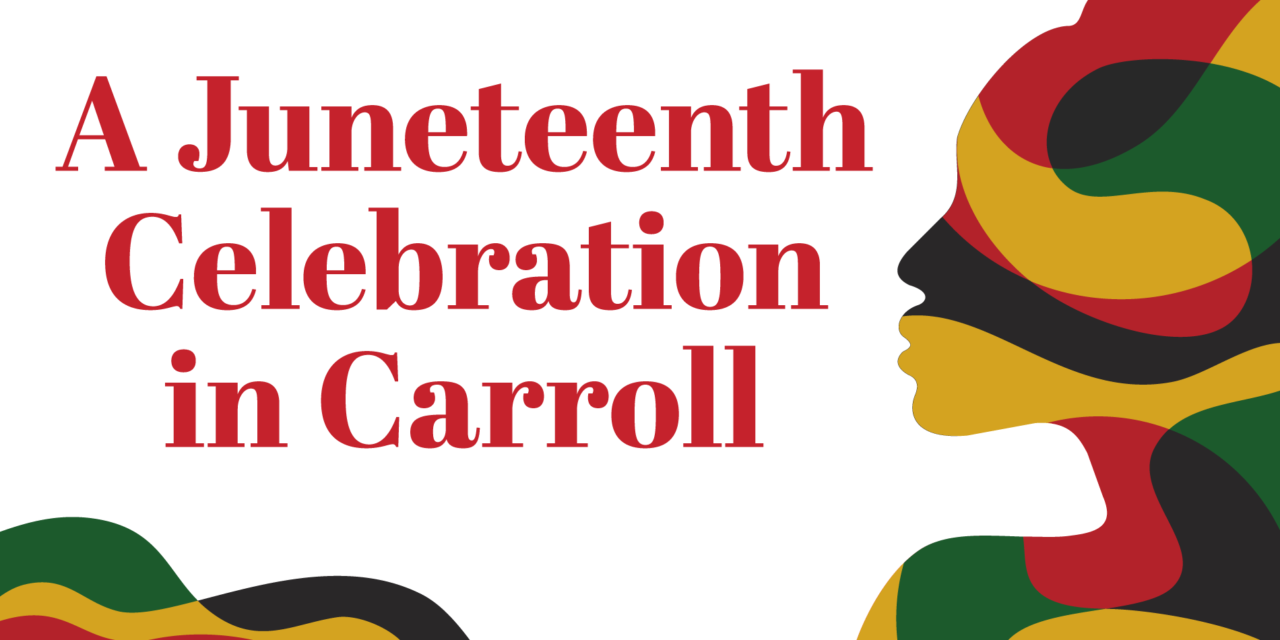 On June 19, 1865, federal troops arrived in Galveston, Texas, to ensure that enslaved people there were freed. The troops’ arrival came a 2½ years after the signing of the Emancipation Proclamation. Now known as Juneteenth, the date commemorates the end of slavery in the United States and is considered the longest-running African American holiday, according to History.com. In 2021, Juneteenth was declared a federal holiday.

Westminster resident and local historian Kevin Dayhoff has been writing about Juneteenth since the 1980s. Maryland emancipated its enslaved population in 1864, and Dayhoff wrote in a 2021 Baltimore Sun article that there were many ironies in the history of slavery in Carroll County. He noted that “the northern part of the county, that did not generally own slaves, supported the southern states during the American Civil War and the southern part of the county, which owned two-thirds of the slaves in the county, supported the northern states.”

This year the first “Juneteenth in Carroll County” will be held in downtown Westminster on Saturday, June 18 from noon to 4 p.m. with a goal of providing both education and entertainment. One of the event organizers, Diana Hurd, said that it’s time to celebrate the day in a manner that it should be celebrated.

Hurd said she wasn’t aware of any local Juneteenth celebrations last year, which inspired her to create one. She said she spent the last year working with the local NAACP chapter, local churches and other organizations to bring the event to fruition this year. And she expects it to grow in the coming years. The free event is open to everyone, and will include entertainment, food, cultural activities, and opportunities to engage and learn. Hurd said that everyone would benefit from attending the celebration.

“I’ve been here in Carroll County for a little over 20 years, my children have gone through Carroll County Public Schools, and it’s amazing what they don’t know about African American history,” Hurd said. “And it’s also amazing the challenges kids face today being minorities.”

The event will include a panel discussion about what it means to be Black in Carroll County.

In addition to the panel, the day’s events will include a financial-awareness class and a live production in the theater at the Arts Council. Outside — in four parking lots around the Arts Council — will be food trucks, vendors, a DJ, gospel singing, a comedian and activities for kids.

“We have a full plate and we’re excited about it,” Hurd said. “The hardest part is getting the word out and making sure people beyond Westminster know about it.”

Juneteenth in Carroll County will take place on June 18 from noon to 4 p.m. at 91 W. Main St. in Westminster.