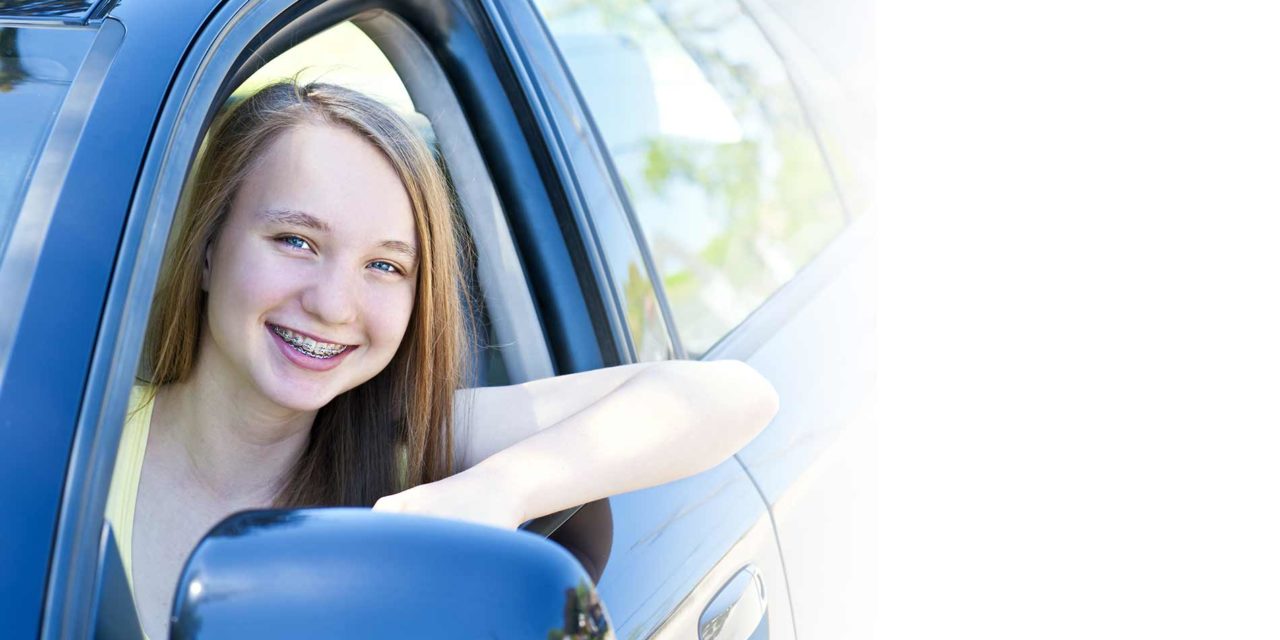 While driving is a normal rite of passage for teens, learning to drive poses more challenges than ever. In addition to the temptations to disregard seat belts or speed, teens now have to resist the urge to drive distracted or use a cellphone behind the wheel.

Statistics about crashes, injuries and fatalities among the teen population can make any parent nervous and hesitant about turning over the keys to the new driver in the family. Between 2006 and 2015, 306 drivers ages 16 to 20 died on Maryland roads and nearly 33,000 have been injured.

So, even though it might require more time, and there may be more rules to follow, parents generally embrace the multi-stage licensing process required by the Maryland Vehicle Administration.

Liberty High School student Julianna Frantzen, 16, said that there are factors in learning to drive that go above and beyond the skills. “Learning confidence to keep control of a two-ton car with a steering wheel was something I worked hard on,” she said. “Lane-changing was also a challenge,” she said, adding that what kept her moving forward was her motivation to drive herself to work and be less dependent on others.

“The requirements are more strict these days, and rightfully so,” said Mark Frantzen, Julianna’s father. “I was understanding about the extra hours on the road with Julianna during her behind-the-wheel practice time. I wanted my daughter to be as familiar as possible with the roads and the operation of the car.”

Mark said that when he learned to drive, his gym teacher taught a class as part of the school curriculum during one semester. When his father took him out on the road to practice driving, there was no requirement to keep a log of hours driven under different road conditions, as is currently the rule in Maryland. Mark was happy to put additional effort into the process on behalf of his daughter.

Over the years, the rules and restrictions required to become a licensed non-commercial driver have evolved, with increased emphasis on greater first-time driver learning opportunities.

“Learning to drive in Maryland has been an evolution, as we have recognized that new drivers are more likely to experience crashes,” said Nizer. “New requirements have increased driver safety. Fatalities and injuries are tragic for any of us. Improved restrictions are helping to reduce fatalities and injuries.”

In 1999, Maryland started the current Rookie Driver Graduated Licensing System (GLS) which applies to all non-commercial driver’s license applicants, regardless of age. The GLS requires new drivers to gain driving experience, first with a supervising driver while holding a learner’s instructional permit, then alone with certain restrictions, while holding a provisional license, and then “graduating” to a unrestricted license. Maryland is one of the first states in the country to adopt this three-tiered approach.

Today, more practice hours must be logged than ever before. That minimum requirement is now 60 hours. Though this process may sound burdensome, there are easy ways to log those practice hours. “Road Ready” is an app developed by the MVA, along with private partners, that allows for recording and calculating the practice hours and driving conditions electronically. The log can then be printed and signed to submit to the MVA. Or students may continue to log hours manually.

Devin Scales, a Mount Airy resident who graduated from South Carroll high school and now attends Johnson & Wales University in Rhode Island, said that she couldn’t wait to get her learner’s permit and to prepare to get her driver’s license when she turned 16.

“I am the youngest in my family of two siblings. Watching my brother learn how to drive first motivated me to get my license as soon as I could,” she said. “Even though most of my friends are connected on social media, driving to see one another in person is better than connecting online.”

Driver’s education played a strong role in helping Scales to develop confidence and a skill set for safety and success. And countless other driver’s education students are getting that needed boost to reinforce what parents are teaching behind the wheel.

Over the course of his career as an agent with the U.S. Secret Service, Sheehan was the lead driving instructor responsible for teaching the agents who would later be selected to drive the president of the United States. Sheehan’s work with presidents and world leaders translates to the driving instruction which his company provides today to all new drivers, for whom he believes responsibility is the No. 1 goal.

Sheehan remembers that in past decades, drunk driving was the primary problem that law enforcement was dealing with on the road. Fortunately, though not eradicated, he said the problem is being addressed through effective awareness campaigns.

Today, a pervasive problem is distracted driving, combined with excessive speed, according to Sheehan. Youth who are driving cars equipped with the latest entertainment technology can be a contributing reason, along with the tendency some youth have to eat while driving, take their eyes off the wheel to respond to a friend who is talking, or finish grooming on the way to work or school.

Sheehan said that he has also noticed more aggressive drivers on the roads these days. “It seems like all the patience is gone. We teach our students to handle aggressive drivers by driving carefully, not speeding, and learning how to drive defensively. We teach students how to deal with drivers who are not following the rules and how to anticipate the problems other drivers may be creating.”

Components of Sheehan’s driver’s education program include classroom and behind-the-wheel instruction. Street Smarts’ classroom component is 30 hours of in-class lessons, and no absences are allowed in order to receive completion status. The on-the-road component is usually accomplished in two-hour blocks, which total six hours.

Sheehan said he and his fellow owners all have a direct role in teaching and learning. He added that his drivers all have good customer service skills and go through thorough background checks.

Jim Scales, Devin’s father, said he very much appreciated the convenience of working with a driving school. “Street Smarts came to my daughter’s school to teach driver’s ed classes from 3 p.m. to 6 p.m. in a class down the hallway. That meant I did not have to drive her to a community-based setting far from the school or from our home.”

Then and Now — What Parents Think

Parents working with their teens who are learning to drive possess a unique perspective on how driving has gradually evolved over the years.

Laurinda Rockefeller of Sykesville has three children whom she helped teach to drive. Her youngest, Rachael, is now 18. Rockefeller remembers that her daughter could not wait to learn to drive because she felt that she could get a job, earn money and enjoy more social time without relying on parents or older siblings.

“Night driving and driving in wintry conditions were most stressful for us,” said Rockefeller. “We were glad that driver’s education school was available to us here in Carroll County. That is different from when I grew up and learned to drive.

Rockefeller recalled being taught to drive by her parents when growing up in upstate New York, and learning from watching her older siblings go through the process. She said “back then” there were no driving logs or any requirement to practice under different conditions.

“Driving conditions are so much more aggressive now, and young drivers need to be on their toes and distraction-free. I keenly felt the responsibility of guiding our children to become good drivers.”