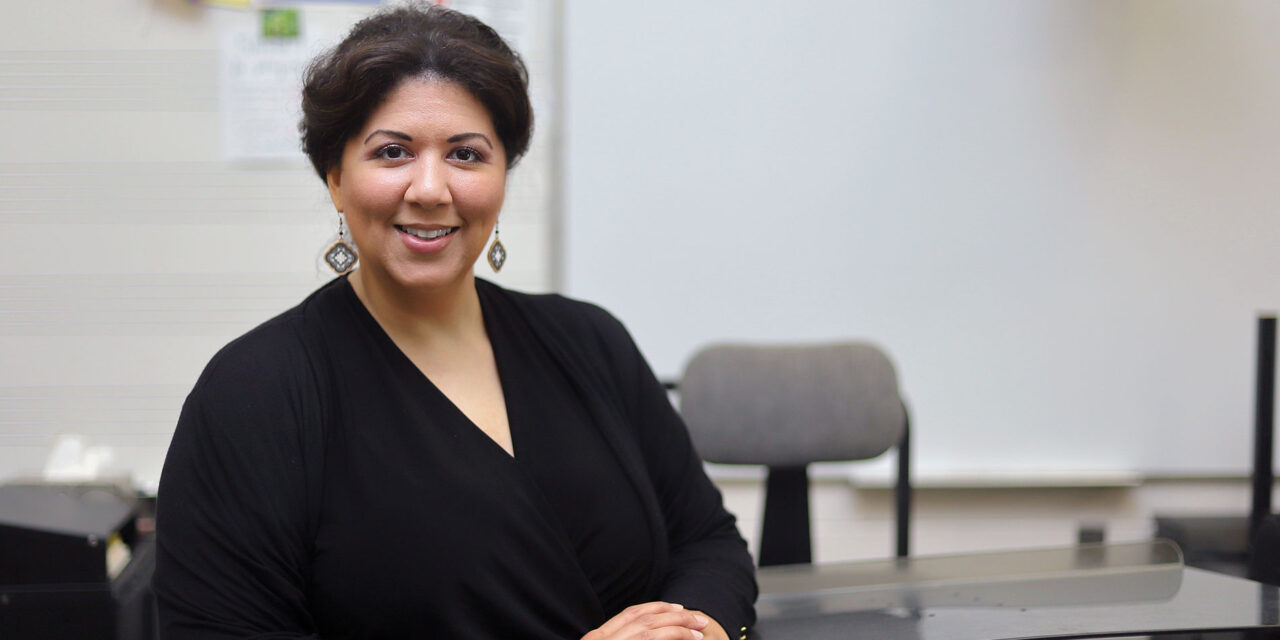 Brandi Jason has been making music at Liberty High School for almost 20 years.
She is fiercely proud of her music community, her students and the quality of work that comes out of the program. She knew as a young child growing up in Carroll County that music would play an important role in her life, and her dreams are being realized right here at home where she has been recognized as both Teacher of the Year and a Grammy Music Educator finalist. She said the job has gotten harder post-COVID, but that the family aspect of her music program is helping her, and her students find their way through it.

Where did you grow up and at what point did music enter the picture?

I grew up in Carroll County and eventually bought the home I grew up in after my father died. I bought the house from my mom, and she now lives here with me. I graduated from South Carroll and now work at Liberty High School. I know, I know — I’m working at a rival school.

I knew I was gifted in music as early as elementary school when the teacher pulled my parents aside and said I had something special and needed lessons in piano and clarinet. I always knew music would be a big part of my life.

When you were young, what did you want to be when you grew up?

I knew music would be in my life, but I didn’t know if I’d follow my mom, who was a legal administrator for law firms in Baltimore and D.C., or if I’d go into music. There was discussion with my parents about which would be more lucrative — obviously not teaching. But part of the conversation was that money isn’t everything — what would I be happy with? I settled on music, although I would have been a great lawyer, too. I went to school at James Madison [University] and was blessed that they offered me a graduate assistantship, which means they paid for my master’s [degree] in clarinet performance.

How did you land the job teaching music at Liberty?

The job found me. I was just planning on graduating [from James Madison] in December and living with my parents while I applied for jobs in the spring. But people knew people who knew I was graduating, and there was a long-term sub position open at East Middle School. I graduated with a master’s degree on a Friday and had to be in Carroll County to teach on Monday. I was happy to take the position; it was a blessing. The following year I was hired officially for that position and the year after that I got the job at Liberty High School. I’ve been here ever since.

How have you evolved the music program at Liberty?

When I started at Liberty in the fall of 2004, it was not the powerhouse that it had been in the 1990s. The program had gone through a revolving door of band directors. It takes 10 years to build a program, but it can all fall apart in six months. It was really sad and devastating what had happened to the program. I wanted the job because I knew what it could be, 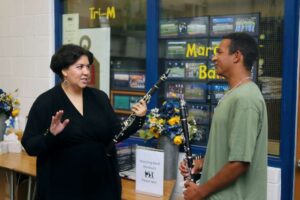 but the first few days on the job were sobering. The first couple years I just focused on building the music community and gaining trust. My marching band had 14 kids, the jazz ensemble had seven, first orchestra had less than 10 — the program was incredibly tiny.

Now marching band has 80 some kids, orchestra ranges from about 75-90, jazz ensemble has about 35, and more want in. My program is really large now, but it was the total opposite when I started. It all came down to building connections with the kids, and as soon as they knew what I was doing and we had the knowledge and willpower to grow it, the parents came on board. I needed to prove to the community that we could be a good program again, we could be involved in the community and provide quality performances. We started to do more fundraisers and performances. Our program is a well-oiled machine, everyone gets along, the boosters support me. I think some think it just happened, but I worked hard to grow that program and build trust — it was a lot of blood, sweat and tears.

What have you learned through the process of rebuilding the music program?

I learned a couple things, including to not limit kids. If they want to do more than one ensemble or instrument — encourage that. I graduate three to five music majors each year. My aid positions at Liberty are actually teaching assistant positions. If you’re an aide for me you’re a teaching assistant. I work hard to bring along my struggling kiddos and to help kiddos that might have gotten lost along the elementary/middle school route, and that’s where my teaching assistants come in. I have kids fighting to be my teaching assistants.

You were named Teacher of the Year in 2019. What did that mean to you and did it change anything for you?

I was really honored on behalf of all our fine arts people because sometimes we don’t get as much recognition as those in core academics. I was humbled but also took that as recognition of all fine arts teachers that are busting their humps every day and that are trying to fight the cuts every year. I also took it as validation for the students, school, administration and boosters — I was being recognized, but a lot of what I was being recognized for in the county was a joint effort, not just me. I’m humbled to be honored, but it’s because of the cooperation that we built with administration, boosters, kids, and band staff. All of them had to be working together. If just one of those was working against me, I wouldn’t have gotten there.

Why is it important to have music in schools? How do students benefit from access to music?

My program is a music family — a lot of my kiddos will tell you this is their people, their tribe, their place, their belonging at the school. They are able to be 100 percent themselves, authentic, explore different music and topics and ideas and express themselves. We all get along. One of my kids told me my only prejudice is against people who can’t follow directions. They share their thoughts and ideas with me, and I listen. I am not one of those teachers where it’s my way or the highway. I learn something every day and every year, and I think my kids appreciate that, and actually I think all the fine arts teachers at Liberty are like that.

These kids need music as a release. The kids we teach now are not the kids we taught pre-COVID. These kids are struggling to get back to a healthy mental place. I’m seeing so much more emotional baggage with my kiddos, I think that’s why teachers are so exhausted — we’re doing everything we did before COVID, but now we have the kiddos with so much emotional need.

I am with my band kids every day. We are family. I see them more than their parents do. I tell the kids in August when they come for band camp, “These are your brothers and sisters. If you see them in the lunch room sitting alone or they seem distressed in class or something, you take that seriously.” That’s something that I’ve bred into these kids — we take care of us, no one in our family is made to feel alone, and if we see someone is struggling, we step in in a tactful way and try to help our family members. It’s much more than just how to play music.

A couple years ago the Grammys decided they needed to acknowledge those people that help develop the musicians that eventually become Grammy-winning artists. It starts in school with music education, so they decided to make an award that honors music educators. I think anyone can nominate someone for the Grammy Music Educator award, and they get thousands of people being nominated and a committee has to work through those. They whittle it down to a couple hundred and ask more questions of those nominees and then further shrink the numbers and the remaining nominees have to then send in videos of themselves teaching and students have to be interviewed — it’s a big, long process to get into the top 10. To get there was awesome, but after doing all that work several times, I decided I was done with that. It was cool to have gotten that far and to hear Gayle King announce my name on a morning talk show.

What do you love about your job?

I love my kiddos, I love the ability to make music with them. I love the high product of music that we’re making. I’m sure there are other high schools out there that are high-performing, but I am seriously proud of my kids. There is no area of weakness at my school. We have won numerous awards and competitions, they bust their butts and my kids did not stop during COVID. I didn’t cut back the rigor — everything I threw at them, they rose to the occasion. You hear so much negative about teens on the news, the negative gets more attention than the kids who are doing good. I’m honored to be their band director.

What are the more challenging aspects of your job?

I still have awesome kids, but following COVID, it’s been rough. It took so much out of me that I feel last year I aged. I have to rest in my soul this summer to get ready for marching band in August. I know my kids are feeling it, too. It’s emotionally and physically tiring coming off of COVID. We’ve just had to deal with some social things that we don’t typically have to do, not necessarily in my class, but they share so much with me. It’s almost like they are socially and emotionally where they were when they left for COVID, it’s like they didn’t really grow through the isolation.

Do you have any closing words?

My favorite saying is that it takes a village to build an instrumental music program. My assistant band director, David Fisher, who hates to be acknowledged for anything, has been there for 40 some years. And my principal, Ken Goncz, is a champion for the arts. He’s not going to let me down.

Learn more about the Liberty Instrumental Music Program at www.lhsimp.com.