Building a Community of Pride 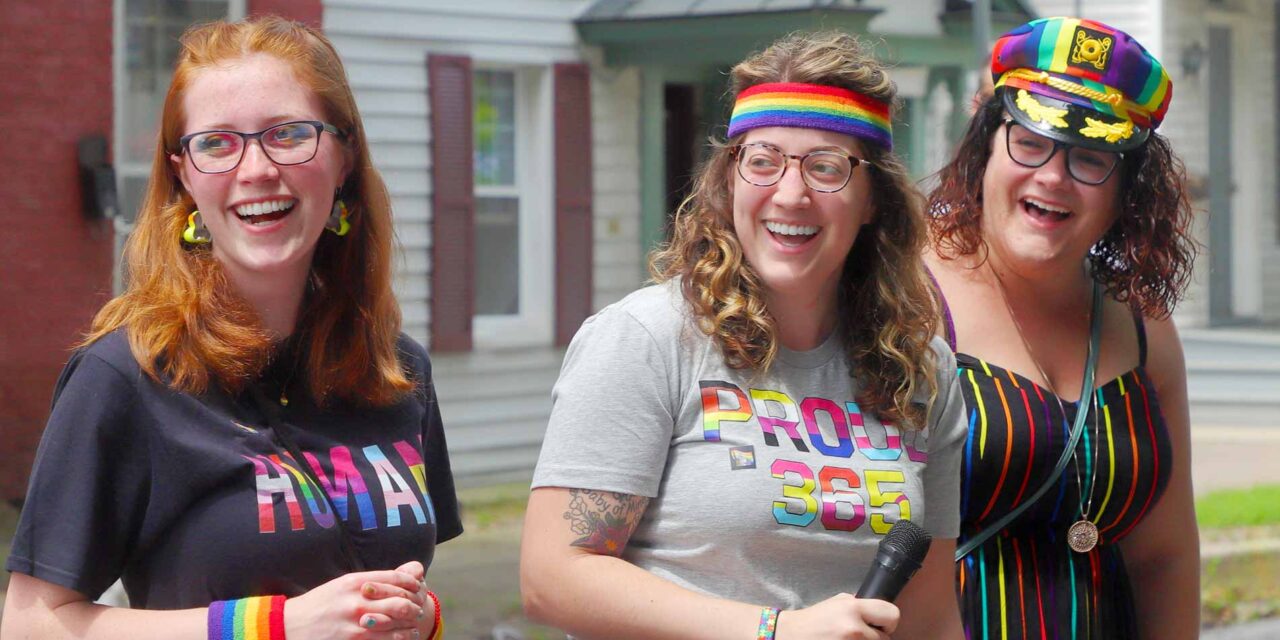 Jason Garber was on vacation in the Outer Banks when a friend expressed concern for two of her three children, who did not sexually identify as straight. The woman, born, raised, and owner of a business in Westminster, wanted to do something to help them acknowledge their feelings. That’s when the Westminster Pride Festival was born. 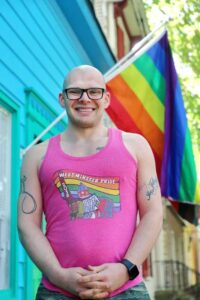 “She wanted to have a more accepting town for her two children who are not identified as straight,” Garber, the Westminster Pride Festival Planning Committee president, says. “And we kind of just thought the idea up on the beach one day and got back from vacation and started having meetings.”

Each year since 2018 (except for 2000, when the pandemic intervened), the Westminster Pride Festival has provided a celebration of acceptance and solidarity within the LGBTQ+ (lesbian, gay, bisexual, transgender and queer, with the “plus” as an all-encompassing representation of sexual orientations and gender identities) community. More than 5,000 people from Carroll and neighboring counties attend each year. The festival’s mission centers on a desire to create a safe space for the LGBTQ+ community to express themselves, increase visibility and foster respect for those who want to express their sexual and gender identity, according to its website.

This year’s festival will be held on Saturday, July 9, from noon-6 p.m. on East Main Street from Church Street to Center Street. The festival will include live music, food and alcohol vendors, arts and crafts and other product vendors, information booths and a pet tent with water and treats.

Garber met his husband, Lance Garber, while he was a student at McDaniel College, and after making Carroll County his home for the last decade, he also felt the need to “turn it into a more accepting, more generous place.” 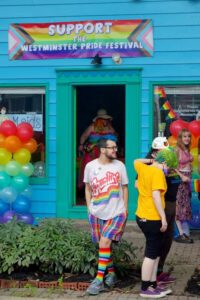 Garber grew up in Philadelphia, a town that he says was accepting and liberal. His household, however, was conservative. He attended church on Sundays with his parents and grew up immersed in Christianity. At age 10, he knew he “didn’t like girls,” but didn’t have the resources to learn about how he was feeling. He attended Pride parades, against his parents’ wishes, and they expressed their disappointment.

“I didn’t really have people I could go to talk about that,” he says. “… I was always being told that the feelings I was having were wrong, and I shouldn’t be having them, and that it was a defect and that it was a mistake.”

Attending the Pride festivals in his youth proved he needed more. He realized removing himself from his living situation was warranted. He enrolled at a boarding school for high school, before heading to McDaniel.

Garber credits the Westminster festival with proving that the people in Carroll County are accepting of the LGBTQ+ community. The festival is a place, he says, to gather information, to learn to understand personal feelings and thoughts, and know “they’re not bad, and they’re not wrong, and that you can be who you want to be without any repercussions.” He gets teary-eyed when he sees parents hugging their children in a safe place where they feel assured and protected. 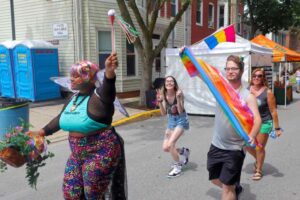 “For me personally, that is my driving motivation to continue to do this festival every year, and to have started it and continue to do it,” says Garber, who owns Mer-Maids cleaning service in Westminster.

The organization is self-funded, raising money to support the following year’s festival. In addition, an annual scholarship is awarded to a graduating senior in Carroll County planning to attend college in the fall. Students must provide an essay, piece of art, painting, song or other submission that demonstrates pride, whether for themselves or as an ally or supporter.

To apply for the scholarship or learn more about the Westminster Pride Festival, visit westminsterpride.org.