CENSUS 2020: Make It Count For Carroll 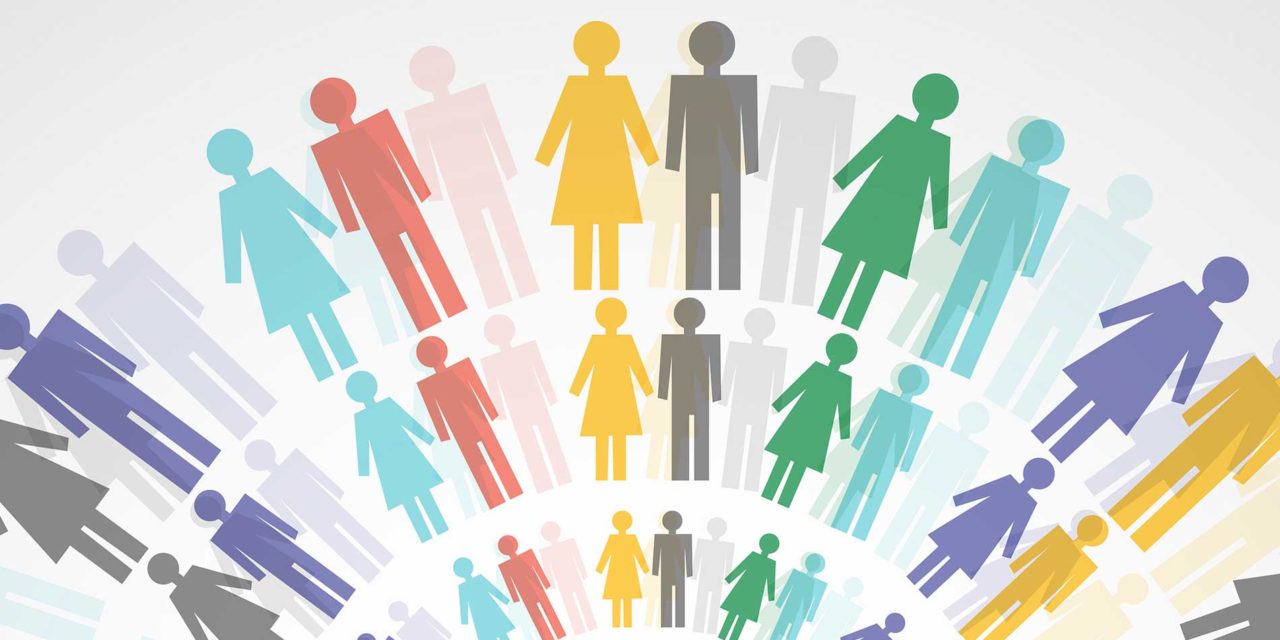 When the staff of the Boys and Girls Club of Westminster started considering opening a new location, they needed information about where the people they served lived.

“It’s very important when looking for a new location,” Erin Bishop, marketing director for the Boys and Girls Club of Westminster said. “We need this information to better target what we do. It helps me know who I am marketing to and what is the best way to reach them.”

They want to know how many children 16 to 18 years old lived within a mile or two of a proposed location, family income in areas considered, the number of single-family households near the location, and more.

All of that information comes from the U.S. Census.

Many people consider the decennial census simply a count of all of the people in the United States, which is what the U.S. Constitution calls for as a minimum, but for each of the 23 U.S. Censuses taken, additional information has also been collected. “All residents living in the United States are required to fill out the decennial census,” said Jewel Jordan with the U.S. Census Bureau.

It is not information collected simply to collect data on U.S. residents. The information is used for a variety of purposes as governments determine legislatives boundaries and school districts and decide where needs are to spending money from various programs. Nonprofit organizations often use census data to support their needs when writing grants. Corporations use the data to determine where to locate new businesses. The federal government uses census data to determine where approximately $675 billion in federal program spending will go.

“For each person undercounted, the county will lose $1,800 a year over 10 years,” said Carroll County Director of Planning Lynda Eisenburg, who also serves as the county lead on the Carroll County Complete Count Committee.

By April 1, 2020, every home will be mailed an invitation to take part in the 2020 Census. The Constitution requires the census be taken every 10 years, and by law, you must participate. Most people receive the short form, which are just a handful of questions that can be answered by phone, by mail, or online. The census has been conducted every 10 years since 1790, but this is the first time that census has offered an online response option.

“In 2010, Carroll County had the highest participation rate in Maryland and one of the higher in nation,” said Complete Count Committee Chairman Don Rowe. “It was the result of many volunteers coming together and making a big commitment. It takes a few minutes to be counted, but it means an awful lot to a lot of organizations.”

Eisenburg said that the county’s participation rate in 2010 was 83 percent (it was 67 percent nationally) and 84 percent in 2000 (national participation was 61 percent). The 16 percent or 17 percent of the population who didn’t participate in the census means millions of dollars in federals funds that could have come to Carroll County went to another jurisdiction.

Rowe is also the executive director of The ARC Carroll County, an organization that assists residents with developmental disabilities. He estimated that about 85 percent of his organization’s funding relies on information collected for the census. “We get a fair amount of funding from both federal and state, especially with federal programs. A couple hundred adults and children assures funding stays in place and hopefully increases.”

Money for new schools and new roads starts with census data, which pinpoint where growing populations lead to overcrowded classrooms and high-traffic roads. Where the need is greater, more money for the appropriate programs is sent to those areas.

“Sometimes the demographics we’re trying to serve don’t participate in the census,” Bishop said. “That’s why we’re trying to reach out and educate people. It only helps our county. It doesn’t hurt us.”

Just as the law requires all U.S. residents, whether citizens or not, to participate in the census, the law also protects the information collected. According to the U.S. Census Bureau website, “Your answers can only be used to produce statistics — they cannot be used against you in any way. By law, all responses to U.S. Census Bureau household and business surveys are kept completely confidential.” This means that no government agency or court can use your information. It won’t be used by the sheriff’s department to locate a felon or by U.S. Immigrations and Customs Enforcement to find undocumented immigrants. Income you list won’t be used in divorce cases, and your information won’t be used to track down delinquent child support payments.

To ensure the best count possible for the census and to make sure that Carroll County receives its share of federal spending, Carroll County formed a Complete Count Committee in February 2019. It comprises government, nonprofit and business representatives who are working together to develop ways to reach everyone in the county and have them counted. The committee has nine workgroups focused on different areas that developed a work plan. A media campaign began in January to encourage people to fill out their census form.

Also, while the U.S. Census Bureau will have census takers out and about tracking down people who don’t return their census forms, the committee will have volunteers at various location around the county ready to help anyone who might need help completing the census form.

The online census form goes live on March 12, but the official Census Day is April 1. If you haven’t submitted your census form by May, you can expect a census taker to show up at your door. The president will receive the official counts by the end of the year. By March 2021, the states will receive the numbers that they will use to redraw their legislative districts. 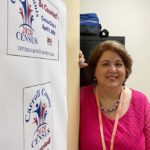 Laura Russell heads up the 2020 U.S. Census in Carroll County that works out of the county Planning Office. 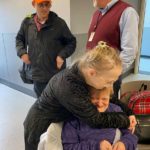 Don Rowe, Executive director of the The ARC Carroll County, chats with ARC client Matt Hamilton along with Betty Sue Wieber (left) and Kippi Kibler. Much of The ARCʼs funding is determined by the census. 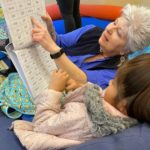 Local philanthropist and former elementary school teacher Beth Tevis does a reading exercise with a child at the Westminster Boys and Girls Club. Tevis volunteers at the facility which is funded in part through information from the census.