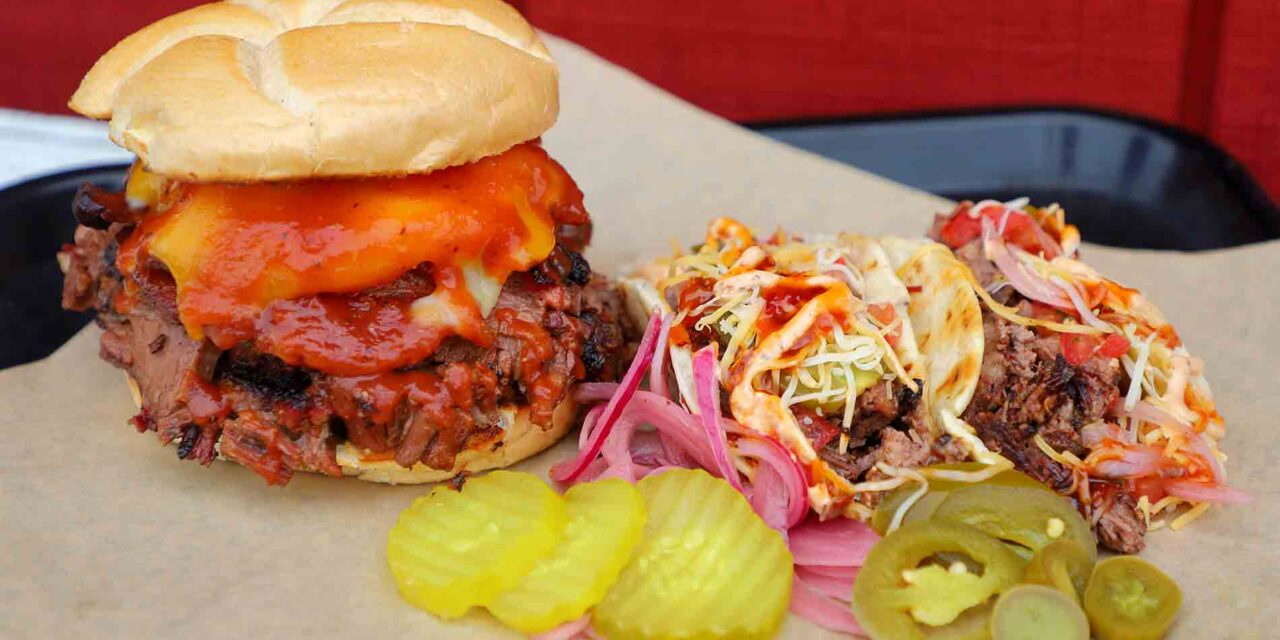 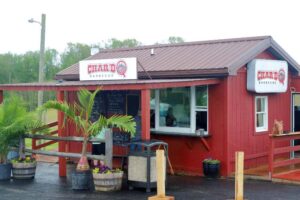 Don’t eat your sweets from The Bus Stop on an empty stomach. When you have a desire for some Maryland-style barbecue, Chard’d Barbecue has you covered. Also located on the grounds of Spring Meadow Farms, Char’d Barbecue dishes out a distinctive craft barbecue experience in Carroll County.

Rich Korman is the man behind the barbecue at Char’d. The electrician turned pitmaster and meat smoker extraordinaire said he got his start in the art of barbecue as a hobbyist. Korman’s brother gave him a smoker as a housewarming gift in 2004, and he started preparing briskets for friends and family to enjoy. While attending a party, Paul Wooden, a former owner of the Spring Meadow Farms property, sampled some of Korman’s meats and offered him a tasty business proposition: operate a roadside barbecue stand at Spring Meadow Farms.

In September 2015, Korman opened up Char’d Barbecue for its first season. Char’d quickly gained a following among area residents and visitors, leading Korman to transition from full-time electrical work to full-time barbecue business entrepreneur. His wife, a teacher, doubles down on teaching and helping with business operations, and his mom also assists with the behind-the-scenes cooking. 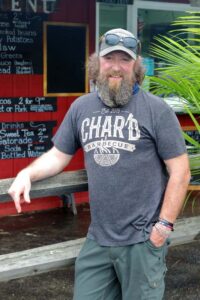 Korman and his team value producing unforgettable smoked meats. “We trim our meats, create our rubs and smoke our product for 12 to 16 hours over charcoal and wood fire,” he said. “It makes all the difference in the world with taste. Our sides and sauces are scratch-made, and our orders are prepared individually.”

Brisket and pastrami, Korman said, are customer favorites, so much so that he estimated he’s cooking up at least seven cases of brisket a week to meet demand. Pit beef, turkey and ham are also popular choices, along with hot dogs, sausage and brats.

On a typical four-day weekend, it’s not uncommon for Char’d to serve between 600 to 800 people at Spring Meadow Farms and approximately one to two weddings per weekend.

“A lot of people like the cornbread and the mac and cheese. We also do smoked beans and cheese potatoes. Tacos have been a recent favorite. They started to use up the chopped meat I had, so we started doing tacos with pico de gallo, pickled onions and a couple of different sauces. We also started doing soups, like brisket chili.”

Getting that signature Char’d flavor in the meat requires time and careful attention, Korman said. “I’m up about three or four times a night, stoking the coals and checking temperatures.” In addition to the roadside stand itself, Char’d also caters weddings and special events, which increases the amount of meat needed to serve people.

He said that Argentinian and Brazilian cooking styles provide inspiration for his barbecue efforts and ideas for the spice rubs used on the meats. Korman said he aims to use local products in his cooking as much as possible, whether it’s local honey or Baugher’s applesauce. He also shops the produce offerings from Spring Meadow Farms for fresh tomatoes and sweet corn transformed into irresistible Mexican street-style elote. 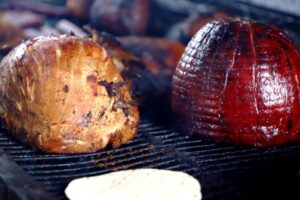 Meats cooking on the pit.

Reflecting on his work and his love of serving people, Korman said you can’t underestimate the power of good food. “In a world so divided, nothing can bring people together the way food does. We hope to bless your hearts and bellies through the environment we created at Char’d Barbecue.”

Fun fact: Rich Korman of Char’d Barbecue estimates that he prepares about 75 whole briskets, 25 to 30 pork butts, 16 to 20 pastramis and 25 smoked turkeys per weekend. On the pit side, it’s about 50 cuts of beef, 25 pit hams and turkeys and hundreds of hot dogs.