Clearing the Smoke About Pot in Carroll 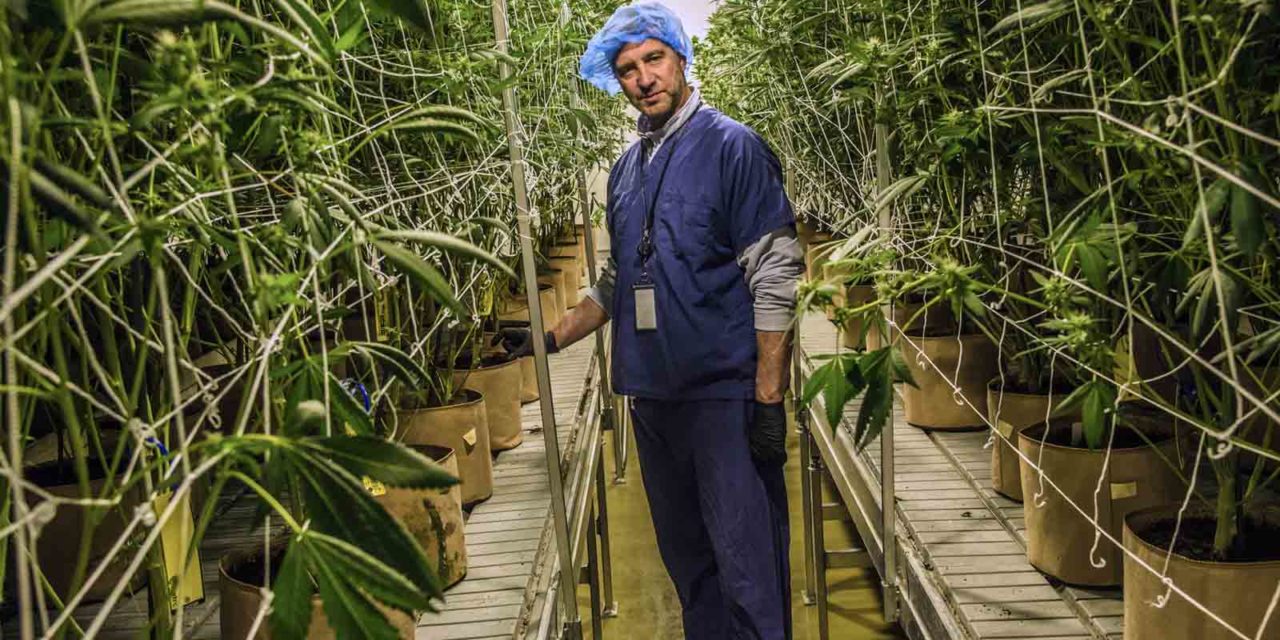 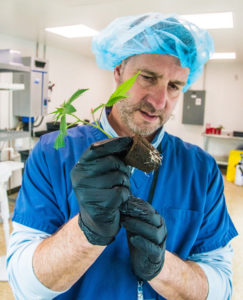 The Crawford family traveled to the State of Washington in 2016 to check off one of the items on Randy Crawford’s bucket list. Randy wanted to see some of the waterfalls there with his family.

To their dismay, the Crawfords discovered that it would take a short hike from the parking lot to the waterfalls, and that was something Randy couldn’t manage. He was suffering from multiple myeloma that had attacked the vertebrae in his spinal column. He couldn’t walk, and he was in constant pain.

Randy’s wife, Lisa, and a friend visited a marijuana dispensary, and Lisa described Randy’s symptoms and health problems to the staff. She was given a strain of marijuana called Charlotte’s Web.

The next problem Lisa faced was convincing Randy to smoke marijuana. He was a “teetotaler,” according to Lisa, because addiction issues in his family worried Randy that he might become addicted.

“We finally convinced him, and within 30 minutes, he was walking around without any pain in his legs,” Lisa said. “It did amazing things for him.” Previously, he had had adverse reactions to medications that were prescribed, and often “curled up in a ball and cried,” Lisa said. 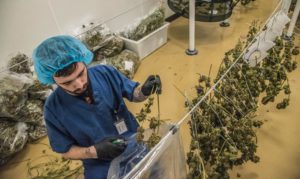 The Crawfords returned to Taneytown thinking they had a solution for Randy’s pain. However, although the Maryland General Assembly approved medical cannabis in 2013, Lisa quickly discovered there was no place where it could be purchased, prescribed, or grown.

Randy died last year never having been able to get marijuana legally in Maryland.

“We should have been able to get it, but it was held up from red tape, and a lot of people suffered,” Lisa said.

Things are quickly changing now, not only in Maryland, but in Carroll County as well. Westminster has a doctor who specializes in examining patients who are seeking to use medical marijuana. A medical marijuana dispensary was approved in Westminster, and in the Crawfords’ hometown a state-approved grower sent out its first shipment of medical marijuana in February.

FROM APPROVAL TO PRODUCTION

The Maryland Medical Cannabis Commission, the agency that regulates medical marijuana in the state, started accepting applications to grow, process, and dispense the herb in 2015. The commission awarded Grassroots Cannabis in Taneytown one of the 15 growing licenses. 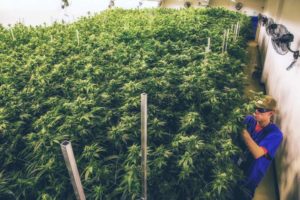 Austin Edelmayer, senior grow technician at Grassroots Cannabis in Taneytown, checks on the growth of mature marijuana plants in one of the facilities’ grow rooms. The room contains 450 cannabis plants.

“It was a challenging, hard process,” said Andy Cohen, the local partner for Grassroots Cannabis, which is a national company. “Once we were selected as a pre-approved company, we had to go through another series of steps. It took 12 months between pre-approval and the final license.”

The Taneytown facility has 54,000 square feet of warehouse space that has been converted to a state-of-the-art indoor growing operation that can produce several thousand pounds of medical cannabis a year.

“We have the genetics to grow 100 different strains in our building,” Cohen said. “They all have individual cannabinoid profiles.”

Grassroots Cannabis currently employs 25 people but expects that number to grow to 100. In the same manner, the warehouse space also can expand when needed. Grassroots Cannabis also won one of the state’s processing licenses, so the company not only grows product in Taneytown, but it packages and ships it to any licensed Maryland dispensary.

The company’s first shipment was sent out for delivery in February.

“We expect to be a great community member,” Cohen said. “We just happen to sell a product that has a stigma attached to it.”

Deliveries of medical cannabis are made to licensed dispensaries. Maryland law allowed for two in each senatorial district. Carroll County is expected to have one dispensary that will open this spring.

The Westminster Planning Commission approved a medical cannabis zoning overlay on 700-K Corporate Center Court in January. This is a special zoning designation that medical cannabis businesses must obtain to operate in the city.

Nearby property owners were notified of the potential zoning change, and fewer than 20 spoke before the commissioner, either for or against. The most prominent concerns of those against the zoning change were the nearness of the facility to Community Pond Park and its walking trails. They felt that it might attract illegal activity to park and also lower their property values.

Once open, patients with a medical cannabis account can purchase the herb in its various forms at the dispensary. The patient must first register with the Maryland Cannabis Commission and then have a registered physician write them a recommendation for medical cannabis. 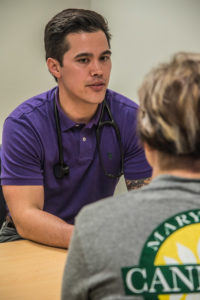 “It’s not a prescription,” says Dr. John Wah, with Maryland Cannabis Physicians in Westminster. “It’s a guide for what type, when, and how much they should use.” Whether the patient uses it in that matter is up to the patient.

Maryland Cannabis Physicians opened in March 2017, and Wah is one of the first physicians in the state who set up a practice to deal with medical cannabis issues.

“I think a lot of physicians are seeing the science with medical cannabis,” Wah said. “There are a lot of studies that support its use. It is hard to deny the benefits.”

Wah evaluates patients to make sure they are eligible and physically fit to use cannabis. He reviews the reasons they want to use and tries to find the type of product that will help. Cannabis can be used to treat things like pain, seizures, anxiety, depression, insomnia, nausea, loss of appetite, tremors, fatigue, muscle spasms, GI problems like IBS and inflammatory bowel disease. Wah also goes over how the cannabis should be used and possible side effects.

The practice is open four to five days a week, and Wah sees an average of six patients a day. He saw 700 patients last year who were seeking to use medical cannabis.

“I believe that cannabis is just another tool to use in treating disease. It is not all or nothing. It can be used alone or in addition to standard treatment. With my patients I focus on the bread and butter of health, which is limiting medications if possible, nutrition, exercise and alternative treatments like meditation, yoga, acupuncture, therapy, etc.,” Wah said.

Change is coming to Carroll County, and hopefully, it will help a lot of sick people. Unfortunately, for people like Randy Crawford, it has come too late.