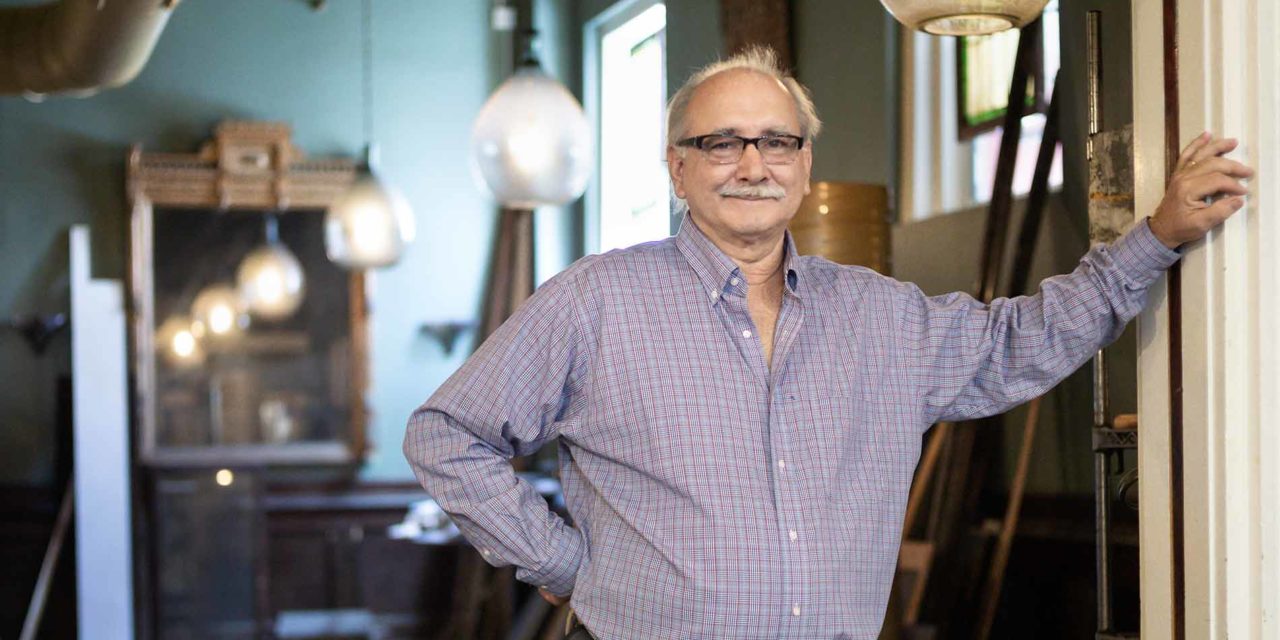 For all that David Johansson juggles each day, he admits he’s a throwback to simpler times.

Owner of Johanssons and O’Lordans restaurants, about 20 properties in Westminster and more in Baltimore County, Johansson maintains a personal approach to business. He closes a real estate deal with a handshake and he makes restaurant decisions in person or by phone. He doesn’t email or text — he went back to a flip phone after trying a smartphone for six months — and he prefers pen and paper and a phone call to communicate. If he’s on a ladder, he uses his free hand to open the phone and talk.

“I like old-school,” he says with a smile. “I need to speak to people. When I want something done, I want to talk to people.”

He’s also a throwback in that he’s not one to just give directions and refrain from manual labor.

“He’s been that guy,” says Cody Snyder, manager of O’Lordans, who has worked with Johansson since 1999. “To this day, he will grab a broom and sweep. He’s the guy I call if the toilet overflows. … He doesn’t have a problem getting his hands dirty.” 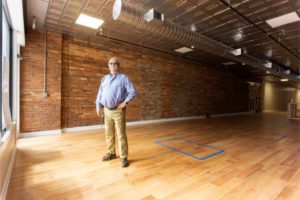 Johansson grew up on a farm in Freeland, and learned much from his father, Birger Johansson, a builder, ironworker and professional chef. During college, David worked side-by-side with his father as a laborer and then took up ironworking.

He recalls that in his younger years he enjoyed his evenings out. “Pop said I was always in bars so I ought to just buy one,” he says with a chuckle.

His first foray into the business was at 19 years old when he applied to work at the Maryland Line Inn, with long hair and a Fu Manchu mustache. Those were quickly removed as he was hired, one of the top grossing packaged goods stores in the state at the time.

“The owner was the only man who told me to jump and I said, ‘How high?’” he recalls. “Because I knew what I wanted to do — be involved in that type of business.” Johansson learned what would serve him to this day — short-order cooking, tending bar and accounting. The ownership also schooled him in marketing and customer service.

“He listened, he learned, and he was honest and hardworking,” says Jim Lambert, one of the owners. “Whatever we asked of him, he would do it. And he never missed time. He was always there when we needed him.”

Over the years, the Johansson became a savvy businessman, acquiring property and operating several restaurants and clubs in Manchester and Westminster. In 1994, he bought the property housing his venture Champs, which was transformed into Johanssons Dining House, which later was joined by Johanssons Microbrewery, where he orchestrated a remodel of the bar area this summer. He’s also renovating the Bella Building on Main Street, which will be the home of Run Moore shoe store, Lux Boutique and four luxury apartments upstairs.

Despite the popularity of Johanssons and real estate success, he wasn’t satisfied. Realizing the old stone building at 14 Liberty St. was sitting vacant following the closure of B’s Coffee Shop, he and his wife, Wendy, purchased the property in 2004. The site is rich in history, having housed a variety of businesses dating to the 1860s, including a foundry, chicken house, barber shop, teen center, practice hall for the Westminster Municipal Band; and the Stone House Restaurant.

“I always had a vision for this place,” he says. “It’s a cool building, the old character of it.”

Following two years of construction, O’Lordans Irish Pub opened in 2005, named in honor of Wendy’s grandmother’s family from County Cork, Ireland. With a focus on authenticity, David and Wendy traveled to Ireland to outfit the pub. Queen seats, booths and bar stools were shipped across the ocean, and auctions delivered chairs from Montour House and table bases from the Corner Stable. There’s even a nod to the Maryland Line Inn, with three liquor carousels that provide premeasured shots to precision, and the family farm, which supplied wooden beams in the kitchen on the main level and a ladder in the dining room from his father’s barn. The Johanssons commissioned Irish artist Nancy Malat Vibrans to decorate O’Lordans; she painted Irish scenes and added hand-carved embellishments.

Wendy, who has worked in the business for 30 years, serves as the backbone of both restaurants, spending long hours in the food service operations. Two of the their children are also intimately involved in the family business. David Jr. (referred to as “little Dave”) runs the real estate rentals and assists at the restaurants, and Mallorie does the marketing and also waits tables. Kara and Max spent their time in the family business as well. 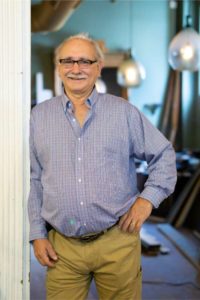 Business associates and friends use words like committed, loyal, generous, and honest when asked to describe Johansson. Ingenuous and insightful are others, as evidenced by the cooling system he created for the beer taps in O’Lordans, which pull cool air from refrigerators using bathroom fans.

“A lot of things he does are outside the box,” says Martin Hill, who has invested in many of Johansson’s projects over the years. “Other people didn’t see opportunity where David did.”

Hill compares Johansson’s business acumen to building a portfolio rather than securing a job. “He didn’t look at a project as how quickly he could turn it around and make a profit but rather what the long-term gain would be.”

Just as Johansson is old-school in dealing with people — he’s quick to help out a friend in need or provide someone down on his luck with a job — and his employees are loyal in return.

Yvette Rippeon, a full-time residential realtor and part-time bartender, first met Johansson in 1987. She commends his “soft side,” his generosity and his being non-judgmental.

“Dave is one of the most authentic people I know,” Rippeon says. “He is who he is no matter who he’s with or what the situation he’s in. I love that authenticity; you know what you’re getting.”

Manager Snyder attributes that loyalty to his honesty and straightforwardness.

“What you see is what you get with him,” she says. “He’s very laid-back, very easygoing, friends with everybody. He knows how to have a conversation with politicians in three-piece suits to the guy sweeping the sidewalk.”

He’s also a confidant, an ear, and a sounding board for many. “There [are] not a lot of places where you can say the big boss, the owner, is a friend of yours.”

Looking back, Johansson says his original dream involved going into politics. But after decades in business, he would be “crazy” to entertain the idea now. Acknowledging the town has had its “ups and downs” politically, the self-proclaimed straight shooter says it is now “headed in the right direction.”

“The town is on the right track,” he says. “The way it’s headed, the growth downtown, is what we need.”

And he’s done his part to promote that success, as he involves himself in community events and causes like Carroll Hospice, Carroll Hospital, Access Carroll, and the Carroll Community Foundation. He’s also a history buff and spends time soaking in information about the past.

“He likes to walk people through and tell the stories,” Snyder says. “And he enjoys meeting people and getting to know the story behind them and where they came from.”

Like his father before him, who arrived in this country from Sweden virtually penniless, Johansson employs his work ethic to ensure he’s leaving a solid footprint.

“I really like this town. This town’s been good to me,” he reflects. But he’s by no means slowing down at 64. “I’m not finished here. I’m [going] till I can’t go anymore.” 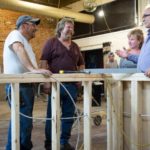 David and Wendy Johansson oversee construction at one of their restaurants. 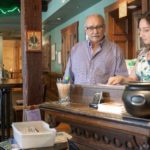 Dave Johansson with his daughter, Mallorie, at the hostess station at O’Lordans Irish Pub. 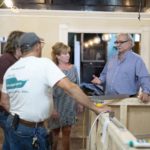 Dave and Wendy Johansson talk to Rick Stem and Jeff Kuhn, who worked on a recent refurbishing project at Johanssons Restaurant.