EndPaper: Back to School 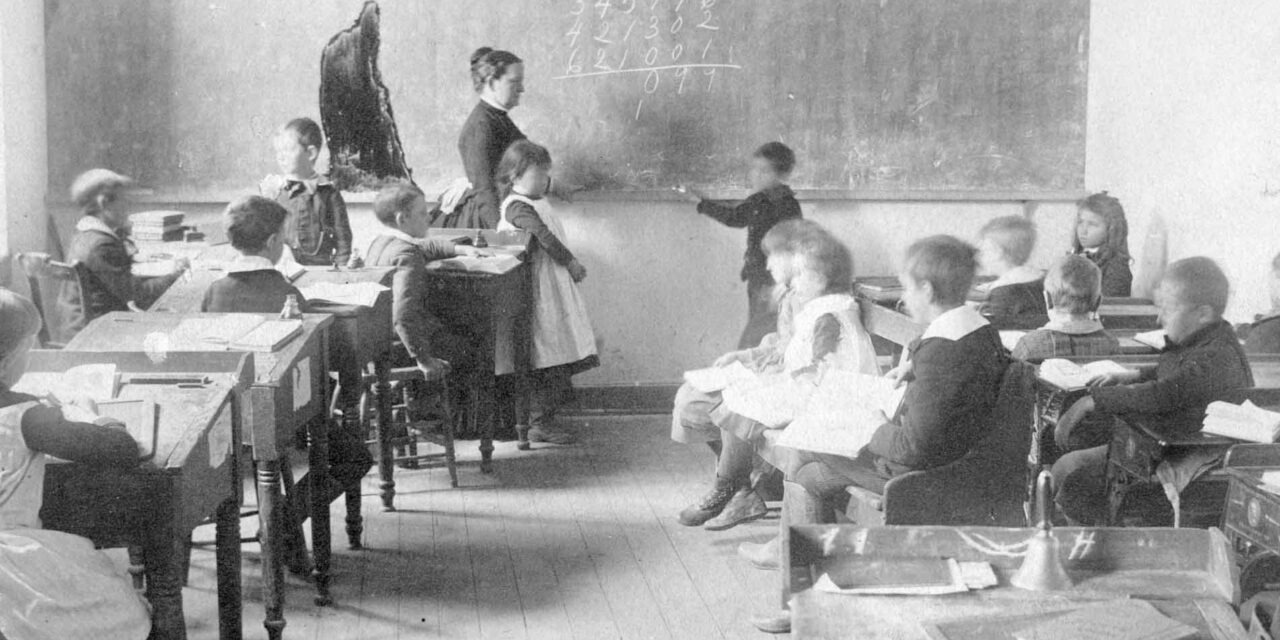 Photos supplied by Catherine Baty on behalf of The Historical Society of Carroll County.

ABOVE: Western Maryland College ran a primary school, beginning in 1886, as part of its preparatory program. This photograph from 1886 shows the primary students. The primary school was phased out in 1898.

Although the Maryland General Assembly made numerous attempts to establish a system of free public education, Carroll County and other counties relied on a decentralized system of private and parochial schools and a handful of small public schools until after the Civil War. In 1864, the new state Constitution mandated “a uniform, centralized system of tax-supported public schools.” This led to the Public School Law of 1865, which established the State Board of Education and mandated the appointment of a Superintendent of Public Instruction. County School Commissioners were appointed by the governor to hire teachers, choose textbooks, and establish at least one primary school in each election district and at least one secondary school in each county.

As the population grew rapidly during the early 20th century, the old system of one-room schoolhouses was no longer efficient. Many of the old schools were deteriorating. Combined with increased requirements for student attendance and teacher qualifications and salaries, this led to the consolidation of many rural schools during the early years of the 20th century.

Carroll Academy was founded in 1838 near Union Mills. A Board of Trustees oversaw the school, hiring the teachers, setting fees, and seeing to the maintenance of the building and grounds. In 1868, the Board turned the school over to the county. The building was enlarged in 1879. In 1921, the opening of Charles Carroll School nearby forced the closing of the Academy building. The building still stands on the Littlestown Pike.

Principal Levi D. Reid stands in front of the Taneytown School on York Street. The schoolhouse was originally built in 1870, and was later remodeled. It closed in 1925.

In June 1916, Hampstead petitioned Carroll County to “erect an up to date” school. The brick, two-story building, seen here, was completed in 1918 and housed students in grades 1 through 12. The school was expanded in 1939 and again in 1968. The high school students moved to a separate facility in 1956. With the construction of a new elementary school in 1986, the old building closed. The building was listed on the National Register of Historic Places in 2002. Today, it is a senior living facility known as The Residences at Hampstead School.