Have We Lost the Art of Civilized Debate? 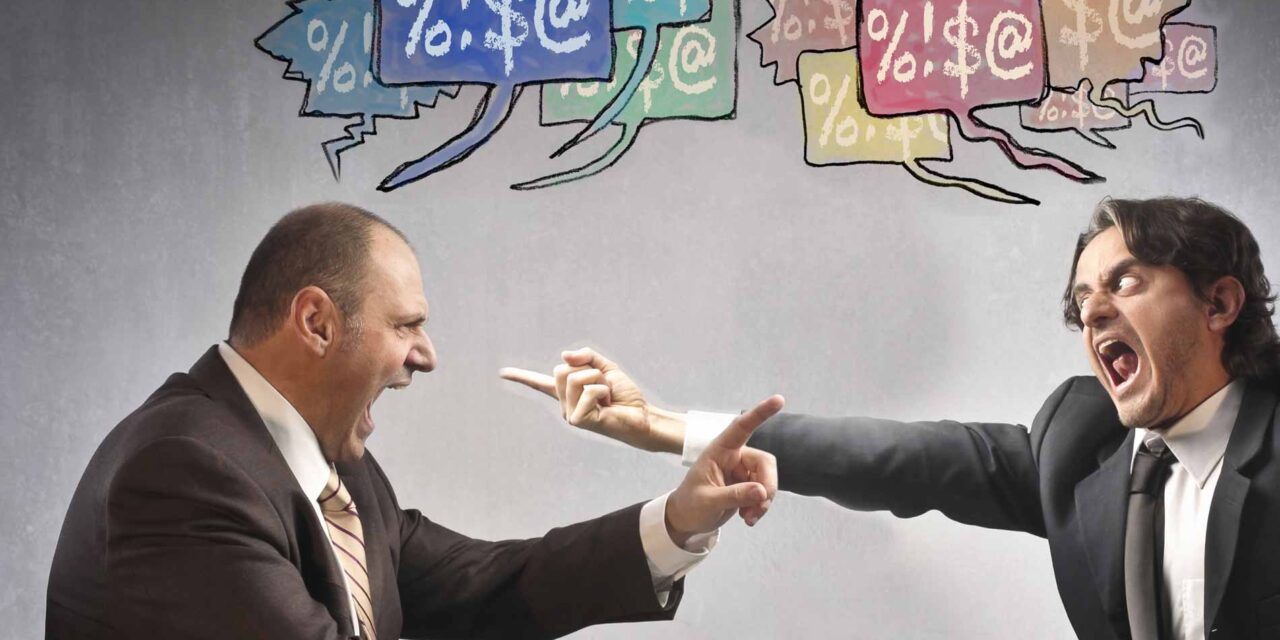 Turn on any TV news station and you’ll get a picture of a polarized America — an America that is divided politically, socially, economically and culturally. And it seems like the stakes are at an all-time high with an election many are calling the most important of their lifetimes and a global pandemic threatening the economic stability and health of millions of Americans, further pitting citizens against each other. 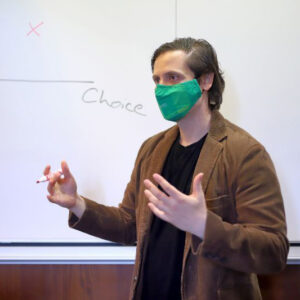 There’s been no shortage of polarizing issues in the last decade of political discourse, from health care to immigration to criminal justice. And when opinions turn extreme, it may appear as if Americans have lost their ability to have civil debates.

“I am certainly of the opinion that we have a lot of difficulty conducting civilized debate,” said Matthew Mongiello, assistant professor of political science at McDaniel College. “It is worse than it has been at various times.”
But beyond the headlines, rhetoric and political talking points, the issue is more nuanced, and Americans may be less divided than we seem, he says. There is more polarization, but people are also more “sorted.”

“Everybody’s hanging out in the [political] party with people who have the same views. They’re not more extreme views. … It looks like it’s more extreme as all the conservatives left the Democratic Party and all the liberals left the Republican Party,” Mongiello said. “That [polarized] view of America does fit a segment of our population that is most engaged; that is the loudest; that is most visible; but there is a large reservoir of the American public where politics just isn’t the central thing in their lives.”

Others in Carroll County have faith in Americans’ debate abilities. “I have to believe that, and I’ve seen it,” said Patricia Ryan, director of the Carroll County Community Mediation Center. “What you see so often highlighted in the news is people having uncivilized debates. And typically, those are one-sided. … I think it has highlighted how debates can be handled very badly.”

Ryan’s organization operates under the continuing education and training department of Carroll Community College but is located at the Carroll Nonprofit Center. It handles all kinds of disputes: landlord-tenant, homeowner-contractor, family and community disputes. While current events aren’t the source of disputes, they are often part of mediations. How to carry oneself during the COVID-19 pandemic, for example, has been a recent issue, and politics will pop up during major events like elections.

“Anything currently going on is going to play into people’s conflicts, especially these types of things that get so much attention,” Ryan said. But her organization’s work is living proof that people can have civilized debates and reach mutual consensuses.

A brief history of political polarization

Some may think the current political atmosphere manifested during the last couple of decades, but Mongiello traces the issue back to the run-up to the Civil War, when the issue of slavery tore the political system apart. He calls it “the biggest breakdown in political civility in American history.” 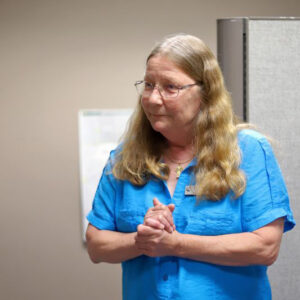 The polarization of this current political moment can be traced back to the 1960s, Mongiello says, with the signing of the Civil Rights Act of 1964 and the Voting Rights Act of 1965, which ended discrimination in public places, employment and voting. Conservative Southern Democrats, who skewed progressive on some issues and conservative on others, joined the Republican Party, and racially progressive Republicans joined the Democrats, as did minority groups. “You see the two parties move in different directions and become more ideologically purist — conservative and liberal — and more clearly associated with different social groups,” Mongiello said.

Compounding on this history to help American politics arrive at the current hyper-partisan atmosphere was Speaker of the House Newt Gingrich, the political science professor says. In 1990, Gingrich distributed a memo to fellow Republicans that included terms to demean the Democrats, including “traitors,” “radical,” “corrupt” and “sick.”

Fast-forward to the advent of social media, and division was further sowed. “People typically point to … how insular and fragmented both social media and social groups have gotten. We have more interaction with people who think like us, and less interaction, particularly less positive interaction, with people who think differently and have different experiences and different social circumstances,” Mongiello says. “That is a natural breeding ground of … tribalism. That my people are good and your people are bad.”

Issues we can agree on

A country that can’t civilly debate surely wouldn’t agree on polarizing topics such as climate change and Black Lives Matter, right? But polling data from the Pew Research Center shows that these issues aren’t divisive as one might think.
Sixty-five percent of Americans believe the federal government is doing too little to reduce the effects of climate change, and a large majority of those polled support proposals such as planting around a trillion trees, taxing corporations’ carbon emissions and making cars more fuel-efficient.

On the issue of Black Lives Matter, 67 percent of Americans either strongly or somewhat support the movement, and 69 percent said they had conversations with family or friends about race or racial equality in the month prior to being surveyed.

The value of civility

For Ryan, civil debate is the way people can gain an understanding of each other.

“[The way] we’re able to grow and be united is when we are really committed to learning from each other and teaching each other as well as educating each other about our experiences,” she said. “Really focus and try to understand why this person believes what they do rather than spending the time thinking about all the ways that this person is wrong.”

For Mongiello, it goes back to empathy.

“If you believe most people are, at their heart, genuinely good people, then there must be some kind of information people have for various sides of an argument that this is useful for you and the collective of society,” he said. “The more we have positive, human, empathetic interactions with various people of various backgrounds and various views, the more civil our discourse is likely to be.”

How to Engage in Civilized Debate 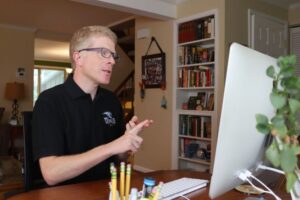 Set a goal
Are you trying to convince someone that your position is the right one or are you simply trying to get them to understand your perspective? Setting a goal can help refine your argument.

Support your argument with evidence
Make sure you have facts from legitimate sources. Personal stories help, too. “When people hear a story, they can empathize. If you can bring in empathy, that’s a really good way to convince people,” Robinson said.

Listen intently to the other side
“Listening to the concerns of those we’re talking with is critical,” he said. Listen to understand their argument, not just to refute it, and ask follow-up questions to further understand their position.

Don’t make assumptions
“I don’t think anybody wins when we demonize each other or make assumptions,” Robinson said, giving the examples that a Democrat may think that if someone supports President Donald Trump, they’re racist, or a Republican may think that because someone is a Democrat, they’re a socialist. “That’s not helpful, and you’re going to down any argument really quickly.”

It’s OK to disagree, but be respectful
Extend respect beyond the conversation — don’t speak poorly of the other side in other conversations or on social media.

Seek common ground
“I think a good argument is one that finds common ground and seeks to build on that common ground,” Robinson said. If neither side is going to change their position, see if there are pieces of the larger issue where you can agree.