Is Your Watch the Boss of You? 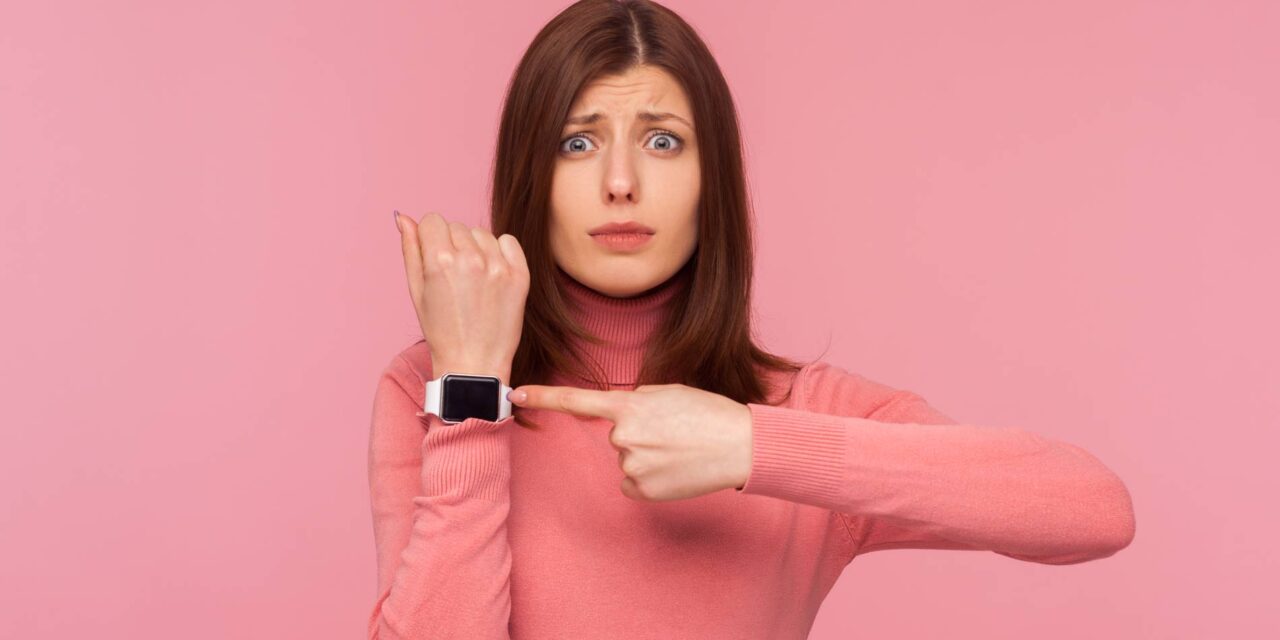 I resisted the smart watch craze for years — it seemed a little absurd to me to carry a computer around on my wrist all day, dinging and alerting me whenever it had something to say.

But then I heard friends talking about how they use their Apple Watches to track exercise. It motivates them with visual reminders of how much they’ve achieved, and allows them to share with each other when they’ve completed a workout (accountability is a motivating factor for many when working out). I wanted a watch that compelled me to work out. I also had a co-worker who could discreetly glance at his watch during meetings (back when we actually went to an office for meetings) and quickly see who was calling or texting, which was better than staring at his phone during a meeting. So I was sold. I bought myself an Apple Watch.

And I wasn’t alone. According to a Pew Research study, roughly one-in-five U.S. adults (21 percent) say they regularly wear a smart watch or wearable fitness tracker.

Fast-forward two years — me at the grocery store. I’ve already closed my exercise ring today so I’m just gonna rent a scooter to shop instead of accumulating steps I don’t need.

OK, that’s a stretch, but I do make decisions based on that watch, and I often find myself responding to one of its dings with “You’re not the boss of me” — and then I promptly stand up, or take a deep breath, or accumulate 50 steps, because the watch told me I should.

I probably actually only use a small percentage of the watch’s features, but the features I do like include the health and wellness apps. I also like that the watch syncs with my iPhone so I can do a deeper dive on a larger screen. When I first got the watch, I thought it was really annoying that it reminded me to stand every hour — until I realized that I often go half the day typing away at my computer and don’t step away to get a breath of fresh air or even a glass of water. So it helped me get up at least once an hour and cuddle with a dog for a few minutes or sit on the patio, grab a snack, use the ladies room. But what I think is more important is that it gave me an awareness of my behavior. That said, if my boss told me to get up and step away from the computer, I’d probably scoff and continue working, but as soon as my watch dings and says stand up, I shoot right out of my chair. 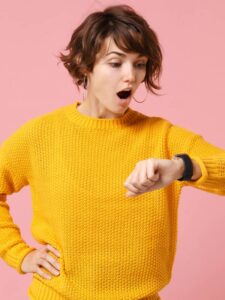 Initially, I was committed to closing the watch’s three achievement rings (one for standing, one for exercise and one for being active) and on busy days it was the exercise ring that presented the biggest challenge. I often found myself walking back and forth from my kitchen to my bedroom at 11 at night to try to close that ring. And I was never a fan of the “breathe” reminder. Out of the blue in the middle of the day the watch that is tracking your vitals tells you to breathe, which at first was alarming because I wasn’t sure if it was a suggestion or a medical necessity. The first couple times I just stared at the watch, taking exaggerated deep breaths, waiting for a heart attack or stroke to take me out.

And I really love the sleep tracker. It tracks my sleep cycles and my resting heart rate and how many times I am in deep sleep through the night, it even shows me that my sleep data is better on days that I close the exercise ring. I mean, I probably could have guessed that, but my watch provides the data that proves it, so it becomes somehow more legitimate in my mind.

It’s not all good though. I read about “fitbit anxiety,” the stress some people feel by having this health data viewable on their wrist every minute of the day. And then there are people who are constantly immersed in social media, and tracking breaking headlines and email and texts because, again, it is attached to their wrist. I do find it a little defeating sometimes when I’m working through a busy day and I get an alert at noon announcing that “Lisa has finished a workout.” Curse you, Lisa, for being an overachiever in the middle of the day, and curse you, watch, for allowing that share-with-friends feature!

The watch might even make me lazy sometimes. I don’t want to do anything without that watch on, I don’t want to miss getting credit for a single step. Even taking it off to get in the shower makes me think Uugghh! I’m going to be standing for like 20 minutes and not get credit for it. Or when I leave the house for a walk without my watch on, I actually consider bagging the rest of the walk because what’s the point if my watch doesn’t know I’m doing it. Yep, I realize that’s crazy.

I’ve now had the watch for a couple years. I find that I am less attached to my phone. With the watch, in a glance, I can see who’s calling or texting to decide if I need to deal with it immediately. The watch will also make my phone ring if I can’t find it. I use that feature every day. I do still care about closing my exercise ring, but only when I’m intentionally exercising. I do still like the “stand” reminder. But I turned off the reminder to breathe.

It took a minute to find my balance with the watch, to figure out how best to have it complement my life but not run my life. Now we have a seemingly symbiotic relationship, wherein I let the watch think it’s the boss of me, but really I know I’m the boss. RIGHT?