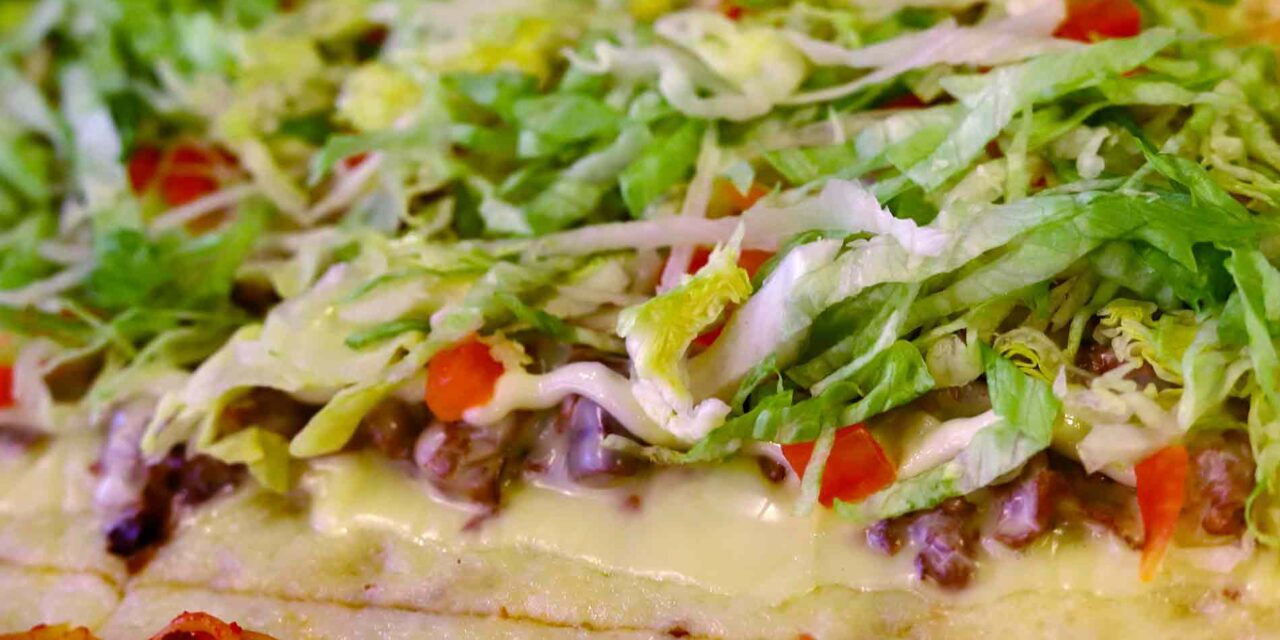 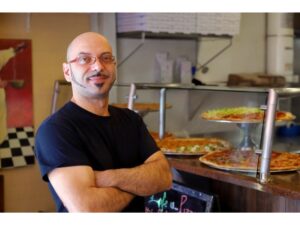 What do you get by uniting fresh ingredients, recipes inspired by Sicilian favorites and a team of people dedicated to making the best pizzas for Carroll County? These elements combine in the masterpieces from Life Is … Pizza. Located in the Locust Lane Mall in downtown Westminster, Life Is … Pizza delivers an unforgettable pizza experience thanks to its homemade pizza dough and sauce created in-house. 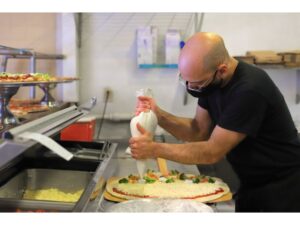 The Cheesesteak Pizza is one of the most popular pizzas at Life Is… Pizza.

Owner Vince Taormina said that his cheesesteak pizza is one of the most popular pizza types he sells. “It’s pretty much a cheesesteak sub on a pizza crust,” he said, “with mozzarella cheese on the bottom, steak and fried onions and everything covered with American cheese. Then I would put lettuce, tomato and mayonnaise on top.” Taormina offers a steak pizza on the menu that’s topped with steak, onions, mushrooms, green peppers, cheese and sauce. He said that he receives calls from customers requesting his cheesesteak version, and he’s happy to honor the requests.

The Hawaiian Pizza, he said, is another popular offering. “Once I started to make the Hawaiian Pizza, people were going crazy. Some people love pineapple,” he added as he describes this creation topped with ham slices, pineapple, extra cheese and sauce.

The Meat Lovers Pizza remains another customer favorite, thanks to its hearty base of toppings that include ham, sausage, pepperoni, ground beef, bacon, cheese and sauce. In addition, The Supreme Pizza builds on the Meat Lovers Pizza with additions of green peppers, mushrooms and onions. All pizzas come in medium, large, half-Sicilian and whole-Sicilian sizes.

Taormina noted that the Sicilian-style pizzas take some love and time to prepare. “The crust has to be precooked because it takes at least seven or eight hours to rise. Once the crust is cooked, you finish it off with ingredients and put it back in the oven. The result is at least a 2-inch-thick crust, which is softer and lighter than a regular pizza crust. People can’t believe how soft and light it is.”

To taste the crust for yourself, you can stop in at the shop and pick up a pizza or two for carryout.

Perhaps the greatest compliment Taormina has received came from a woman who had lived in Westminster for 20 years. The woman, who was born in and grew up in New York City, stopped in to try his pizza. After finishing off the pizza, she said that the experience brought back memories of pizzas she enjoyed from New York more than 20 years ago.

Fun Fact: Vince Taormina has operated Life Is … Pizza for close to 2½ years in Westminster. Paradiso Ristorante once operated its carryout division in the building that now houses his establishment.