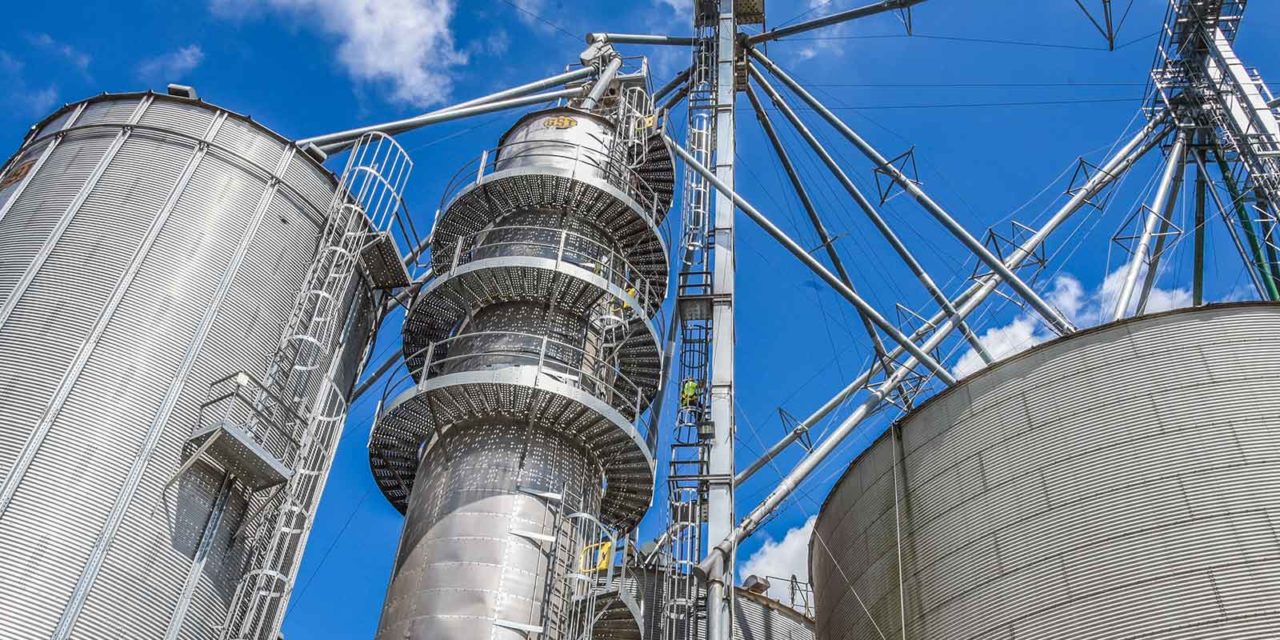 What do you look for when shopping for an internet provider? Lighting-fast speed? Low pricing? Satisfied customers? Different providers offer different advantages for Carroll County residents.
While the area is covered mainly by two national providers — Verizon and Xfinity from Comcast — they may not be the best fit for you, or even provide coverage where you live. Broadbandnow.com estimates that 3,000 people in the county don’t have access to any wired internet.
Luckily, Carroll County has regional and local providers that may have just what you need. These providers include Quantum Internet and Telephone, Ting, and Freedom Broadband.

“We focus on where the big guys aren’t going,” said Therese Bethune, president and co-founder of Freedom Broadband.
While Freedom has fiber-optic connections to the internet, it is able to reach customers that wired networks don’t by sending bandwidth radio frequencies. Their towers are just as likely to be water towers, silos, and grain elevators as typical cell towers.
“We reach throughout the county, but frankly, there are some places the laws of physics won’t allow us to go,” said Bethune.
Bethune realized the need for a service like Freedom Broadband when she first moved to Carroll County. “I was one mile off two state roads, and Comcast didn’t reach there,” she said.

Getting the Right Plan

While the national internet providers often advertise fast download speeds, customers may not need such speed, and the system infrastructure may not allow customers to download that quickly even when the speed is available. When this happens, customers are paying for speed they can’t get.
Even local providers like Freedom Broadband run into this problem. Freedom’s radio signal travels slower until it hits a router that puts it on a physical network. If that network is fiber optic, the signal speed increases.
“It’s all dependent on where people are located,” Bethune said. “The frequency to penetrate through tree cover slows down the signal.”
Bill Brown, chairman of Quantum Internet, says that his technicians always talk with new customers to find out not only what they want from an internet provider but what they need. The customer service representative then helps find the right plan to meet those needs at the lowest price.
“They really appreciate that,” Brown said. “We provide absolutely the best possible service you can get. We kill the customer with kindness.”

According to Broadbandnow.com, the average download speed in Westminster is 49.12 megabytes per second (Mbps). “This is 5.9% faster than the average in Maryland and 25.9% faster than the national average,” according to the website.
Ting is the operator of the fiber-optic internet that Westminster started building in 2016. The initiative was launched in part to attract businesses that need a lot of bandwidth. While residents could get internet before, the new system allows them to access the net at lightning-fast speeds up to 1,000 Mbps. Of course, you need to live in Westminster to have access to the network.
Quantum Internet has the “slowest” access at 20 Mbps, which should be more than enough to satisfy residential users. More importantly, your service won’t be slowed down because a neighbor or someone else on the network is using a lot of bandwidth. Quantum’s website points out that Quantum uses a dedicated copper circuit, which is only available to a particular customer, to avoid shared-network slowdowns.
Quantum actually leases a lot of Verizon’s copper infrastructure to help manage its costs and get to customers. And, like Verizon, Quantum also offers its customers telephone service with a large local calling area, low long distance rates, and unlimited local and “in-network” calling.
“Anything Verizon provides, so can we — and probably cheaper,” Brown said. “People think a big company can do it cheap; they really can’t.”

Larger companies like Verizon have much larger operating and maintenance costs. But that’s not to say that the small providers have systems that are easy to maintain. One of the reasons that Freedom Broadband’s prices are higher is because their system costs more to run and maintain than a network in a city. However, Freedom does get creative to manage costs, such as bartering with a farmer to use a silo to mount equipment, in exchange for providing the farmer with free internet.
Quantum Internet’s lowest-priced residential internet plan is $34.95 a month for 10 Mbps. Quantum also assures customers that there are no extra monthly service charges that will drive up that rate, as happens with some other providers.
Quantum also offers free internet for life when you refer five people to Quantum who become customers. Although Verizon’s lowest-priced plans are $5 more a month, it offers 100 Mbps.
While Ting offers the fastest service in the county, it comes at a rather hefty $89 per month (although there is a lower-speed service, which is less expensive).

Although Quantum Internet can’t compete with the national providers on speed, Brown said, “We get more customers from Comcast and Verizon than you can imagine. It’s just silly.”
Those customers switch and stay with Quantum because of the service they receive.
“It’s a challenge to be a small provider, so we make it that people don’t want to leave,” Brown said.
Bethune agrees that the difference that small providers give their customers is service. When customers call into Freedom Broadband, they aren’t speaking with a customer service representative but with an experienced network engineer or IT technician who knows how Freedom’s system works. If customers come into the office, they may find themselves speaking with the company owners.
“We have a small market,” Bethune said. “It’s a tough market to serve, but the market is there, and we want to help them.” 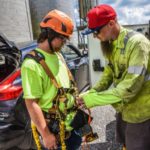 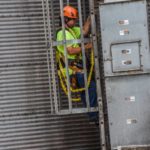 Freedom Broadband employee Cole Pfaff checks the wiring on a grain silo that doubles as a communications tower. 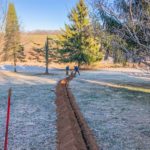