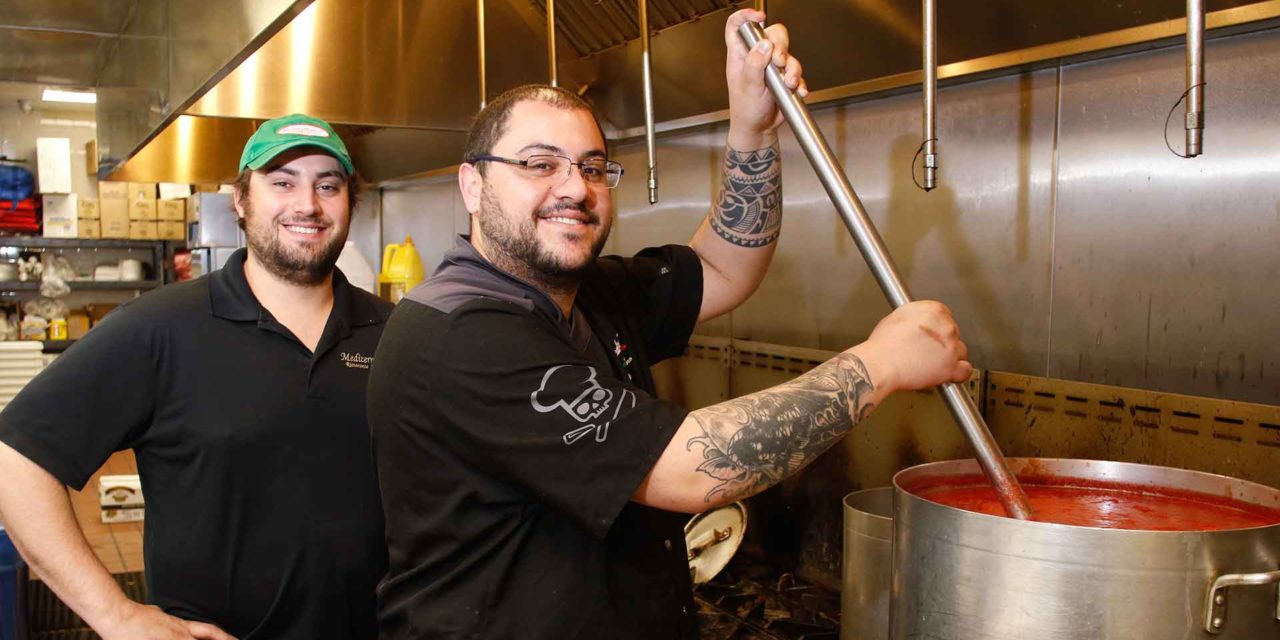 From sauces to spices, Carroll County’s local flavors come grilled, sautéed and smoked — served in a sandwich or served up on your plate. With this issue of Carroll Magazine, we debut a new feature to our Taste department: Local Flavors. We’ll share some of the culinary inspiration and innovation that Carroll County’s talented chefs and food professionals are creating in the kitchens of establishments from Manchester to Mount Airy. Whet your appetite with the following sampling of dishes to savor this summer. For this issue we are featuring Mediterraneo, CarterQue and Oscar’s Ale House. 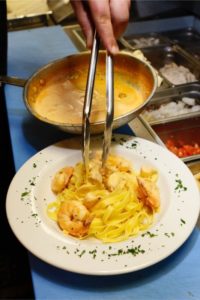 Gathered around the table with his family at Christmastime, Stefano Capuano recalls the memories of enjoying his mother’s fettuccine served with seafood. Fortunately for patrons of Mediterraneo Restaurant & Bar in downtown Westminster, this special-occasion dish isn’t reserved for the holiday season alone. It’s on the menu year-round: the Fettuccine Mediterraneo.

This hearty dish features rich shrimp, scallops and colossal crabmeat with fettuccine and Mediterraneo’s signature rose cream sauce. “Most people would call it a mix between tomato and alfredo sauce,” Capuano says. “We put our own style into it … it has a bit of rosé wine in there. It has what people would call a sherry taste, which gives it a great flavor.”

Capuano credits his brother Antonio for his work transitioning the dish from a family specialty to the family of Mediterraneo’s menu items. He believes that the quality of the seafood in the dish is a large part of what makes the Fettuccine Mediterraneo one of the most-requested items on the menu. 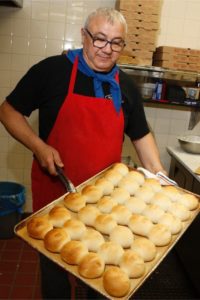 Mimmo Capuano bakes the freshly made rolls at Mediterraneo.

“We get the colossal crabmeat and the bigger size shrimp and scallops,” he adds. “Everything is as fresh as possible going into the dish.”

This emphasis on quality is a feature that has been part of the Mediterraneo dining experience since its opening in 2004. Speaking of experiences, the holidays are still very much a time of celebration for his family, Capuano says. The family still gets together on Christmas Eve for Festa dei Sette Pesci, the Feast of the Seven Fishes, in which seven distinct seafood dishes or one of two different types of fish are prepared and served in seven different ways.

But no matter the occasion, each member of the Capuano family is dedicated to giving Mediterraneo guests an experience with homemade Italian cuisine in the heart of Westminster. 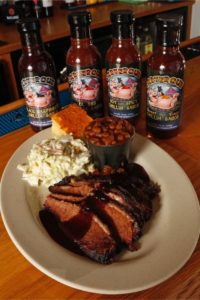 Getting Saucy with the Barbecue

Mount Airy may not be a name that comes top of mind when you think of places known for their barbecue. But CarterQue Barbeque & Grilling Co. aims to change that perception.

Located on South Main Street, CarterQue takes pride in delivering Maryland-style barbecue to its customers and catering clients. The secret to their success is in the sauce — literally.

“We won first place in the nation with our Black Raspberry Grillin’ Sauce at the 2007 National Capital Barbecue Battle in Washington, D.C.,” says CarterQue owner Chris Carter. In addition to the barbecue sauce, CarterQue has also garnered awards for its barbecue chicken and ribs. This recognition turned Carter’s weekend barbecue pursuits into a full-time occupation with catering and the creation of CarterQue in 2006.

If you’re craving some barbecue this summer, stop in at CarterQue and sample one of the restaurant’s signature specialties — the beef brisket. “It’s slow-smoked for 16 hours, then chopped or hand-sliced to order,” Carter says. You can get your beef brisket served on a sandwich or enjoy it as Brisket Burnt Ends — tender, bite-size brisket pieces caramelized in the Black Raspberry Grillin’ Sauce. 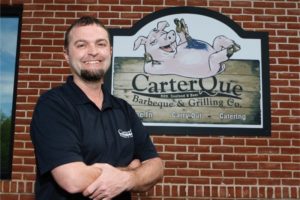 Part of the appeal of the barbecued items like the beef brisket, Carter says, comes from the attention that CarterQue pays to its barbecue recipes and techniques. “All our sauces and seasonings are made in house, and our meats are all wood-smoked in house using oak wood,” he said. 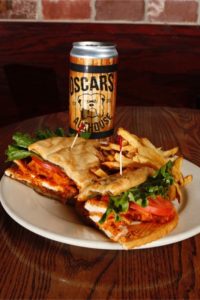 Enter Oscar’s Alehouse in Eldersburg on an empty stomach. Trust us — you’ll be glad you did, especially if you order the head-turning Buffalo Chicken Sandwich.

General manager Chris Orth says this epic creation is one of the restaurant’s top-selling sandwiches. It starts with the house-made fry bread wrapped around two hearty 4-ounce chicken breasts. The chicken breasts take on their spicy goodness from a soaking in buttermilk, a dredging in seasoned flour and frying until it reaches cooked-through perfection.

After frying, the chicken breasts get tossed in a spicy buffalo sauce before hitting the fry bread, where they’re topped with lettuce and tomato and smothered in Oscar’s house-made blue cheese dressing. To show off its layered lusciousness, the kitchen staff cuts the sandwich in half before it’s plated and served. And when this sandwich is set before you, the sheer enormity of this culinary spectacle may have you deciding whether to split it among the members of your party or save some for your next meal.

“The owners first discovered a version of this sandwich at Dogfish Head Alehouse in Gaithersburg,” Orth said. “They brought the concept back with them, and it’s been a top seller since it’s been on the menu. The Buffalo Chicken Sandwich has so much respect, and it’s one of the most-mentioned items in diner reviews.” 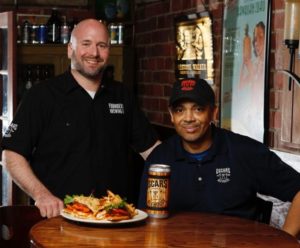 Orth also notes that occasionally the kitchen team will change up the sandwich slightly by swapping out the buffalo sauce for tangy teriyaki and barbecue sauces.

If you have some capacity left for a side dish, the fresh-cut french fries or onion rings make an excellent accompaniment. Oscar’s onion rings are made using crisp red onions dipped in buttermilk and fried to create a side with a flavor-packed crunch and texture.