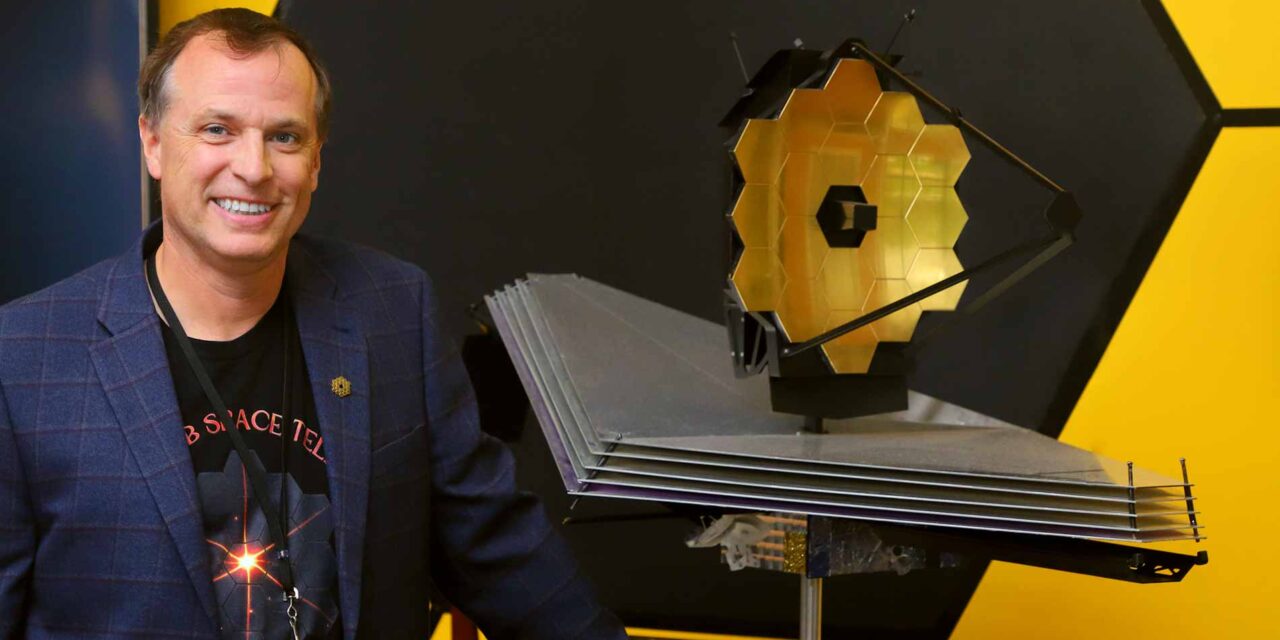 It happened a couple of weeks before the James Webb Space Telescope was set to launch in December. “She came to me and said, ‘Dad, do you think it will work? Are you concerned?’” Parrish, the telescope’s commissioning manager at NASA’s Goddard Space Flight Center in Greenbelt, told the 22-year-old, “No. No, I’m not.” 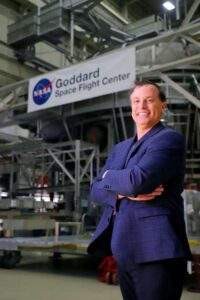 But she wasn’t necessarily convinced, saying to her dad, “Well, I am. I grew up with it. It’s like a sibling to me.”

For the Parrish family, emotional ties to the Webb telescope are understandable. After all, Parrish, who lives in Sykesville, has worked on the history-making, $10 billion telescope for most of his 30-year career at NASA.

Using infrared technology, and given the length of time it takes light to travel through the universe, the Webb telescope will be able to see what the universe looked like when stars and galaxies first started to form billions of years ago. Webb’s 21-foot golden mirror will collect light from those first stars and galaxies. And, according to NASA, the telescope is so sensitive to infrared light it could detect the heat of a bumblebee at the distance of the moon.

With this ability, the Webb telescope will focus on the first light in the universe, the assembly of galaxies in the early universe, the birth of stars and the formation of protoplanetary systems. It will also examine planets seeking clues to the origins of life.

After several delays, the telescope finally launched on Christmas Day 2021. The telescope is currently orbiting the sun a million miles away from Earth. Parrish said he is beginning to breathe a sigh of relief and taking joy in the long-coming and immensely challenging accomplishment, and the answers that it might provide for humanity.

“I wanted Webb to work and not just for me,” Parrish said, “but for all of us.”

Parrish’s initial introduction to the skies and beyond was by way of a single encyclopedia that his older sister brought home from school. “There was this big section on airplanes,” recalled Parrish, who grew up in Baltimore City. “I can vividly remember flipping through that encyclopedia and never putting it down, to the point that my sister told me, ‘I gotta take this back to school.’”

The engineering bug had bitten. Parrish would go on to attend Polytechnic Institute in Baltimore — “A STEM school before there were STEM schools,” he said. “So that just kind of reinforced my interest in engineering.”

Parrish graduated from the University of Maryland’s aerospace program in 1989, just around the time of the launch of the Hubble Telescope, one of the largest and most versatile space telescopes ever. “I was hired by a smaller company to look at data from the Hubble telescope,” Parrish said.

The job was only for six months. “But lo and behold, Hubble was severely messed up,” he said. There was a defect in Hubble’s primary mirror and the images being sent back were blurry.

“NASA went into a hiring spree to fix Hubble. And that’s how I ended up at Goddard.”

“It was just a really great opportunity because some of the best senior engineers in the world were trying to figure out how to fix Hubble. I learned a lot.” 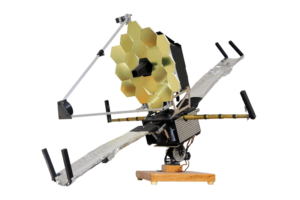 Hubble would eventually be fixed, and Parrish’s career with NASA would continue.

“In my first 10 years with the government, I was fortunate to do multiple launches and build multiple different spacecraft while at the same time supporting Hubble,” he said.

He continued to climb the professional ranks. But as much as he was passionate about his work, it was taking a toll on him.

“I was married and had children and was spending 60 hours a week working,” he said. In addition to his daughter, he has two sons.

Parrish went to his boss with his concerns. “He told me, ‘There’s this study going on for the next thing to replace or follow Hubble,’” recalled Parrish. “‘How about you support that? You can support that, and kind of lay low.’”

“That” would become the Webb telescope.

“I remember thinking, ‘This thing will never fly,’” said Parrish with a chuckle. “It was audacious.”

But Parrish was in. He became the lead engineer for the sunshield and cryogenic and thermal architecture work. Since Webb detects infrared light — heat energy — to perceive far-away objects, the telescope needs its elements to remain very cold and not emit heat.

A tennis court-sized sunshield was developed to protect the telescope from the light and heat of the sun, Earth and moon, as well as from the heat emitted by the observatory itself.

“I had a lot of sleepless nights,” he said. “Would we be able to get cold enough? We had never done this before. And there’s no way to prove you can do it until you fly. Everything was by computer modeling. We had to create new analytical techniques.”

The stakes were even higher given the fact that Webb would be so far away that it would not be serviceable by human hands, as Hubble had been.

“I was fortunate to have a really good team of really good engineers,” said Parrish. “When you get a group of people like that there is a bit of optimism. Like you can overcome anything.”

Parrish would go on to become observatory manager, overseeing the observatory contract with Northrop Grumman and making sure that what the aerospace and defense company was doing aligned with the mission’s engineering objectives.

“That’s when I started getting my nose into everything involving Webb,” he said, “whether it be the spacecraft or the telescope.”
Parrish was the commissioning manager for the project by the time Webb launched.

“I was making sure that we were prepared once it got into space,” he said. “Operating and checking this thing out when it’s a million miles away — are we prepared to do that? And then part of that has been making sure that we have the resources, the engineering expertise lined up. So that was sort of like my last major role on Webb.”

Much had led up to that Christmas Day when Webb was launched from French Guiana. But Parrish’s work would not end there. With Webb finally aloft, “the first month of commissioning was just mayhem,” he said. “That’s the only way I can describe it. You know, we’re deploying this thing. We’re cooling it down. We’re learning how it works in space.”

“We are shocked at how well it works,” says Parrish.

After spending much of his professional life on Webb, he said it’s now time to “slowly hand over the keys to our flight operations team at the Space Telescope Science Institute. It’s a great final role for me.”

The Webb team anticipates receiving the first observational images from the telescope in June or July. But early results look promising. “We haven’t done any science imaging yet with the telescope, but I’ve seen some images that came out of it from an engineering perspective,” he said. “They’re beyond anything we could have imagined.”

And he looks forward to more and even better images and discoveries.

“Looking back, I keep thinking, ‘We pulled it off,’” Parrish said. “Hundreds and hundreds of people working together. We did it. And it’s been a real privilege.”