My Love-Hate Relationship with the Elf 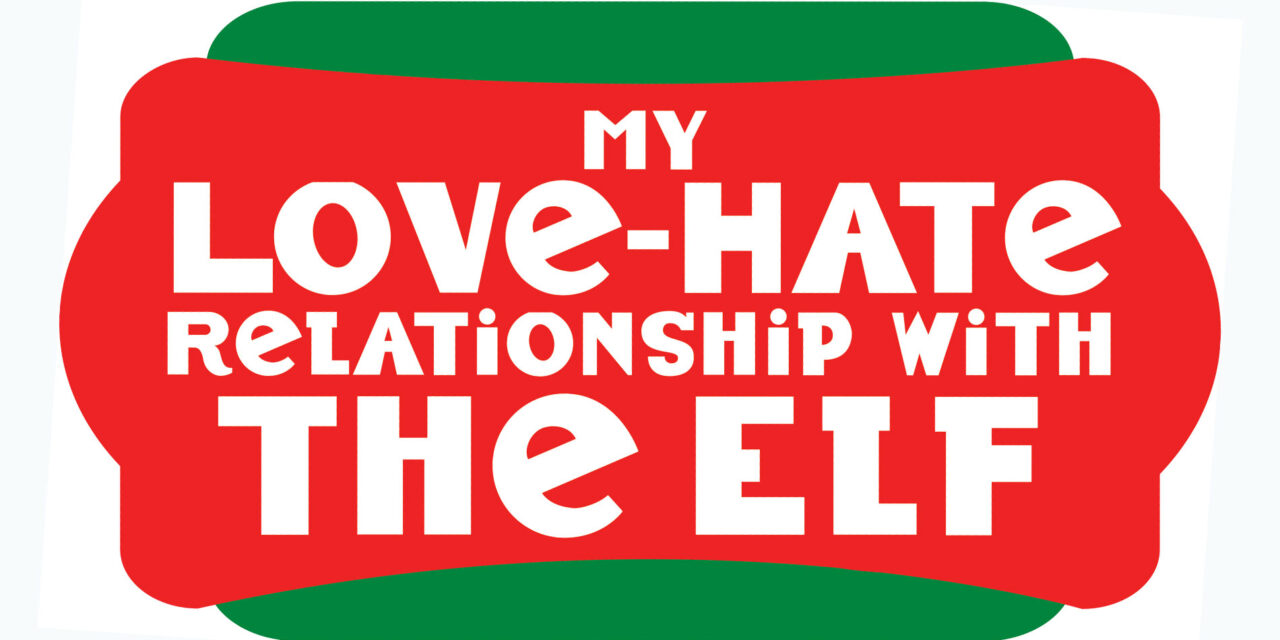 For many, Thanksgiving is the green light signaling “go” to dive into the Christmas holiday. The tree goes up, the lights get hung, and the snowglobes and nut crackers come out for their time in the spotlight. The holiday season hits like a tidal wave and comes crashing in with nostalgia and joy and memories of holidays past. The children are happy and mom and dad stretch themselves in multiple ways to make it all magical. 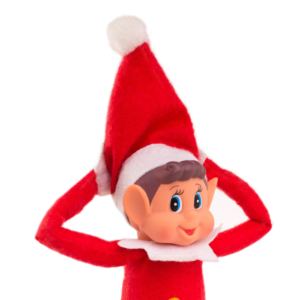 The week following Thanksgiving is the holiday honeymoon period, but the holiday is a long season and requires endurance to keep the magic going. Nothing tests a parent’s resolve like the Elf on the Shelf. We all love the Elf the week after Thanksgiving, but by mid-December, many parents are trying to figure out how to send that little trouble maker back to the North Pole early.

For anyone not tracking – Elf on the Shelf is a little elf doll that traditionally comes out between Thanksgiving and Christmas and it keeps tabs on the children in the house reporting back to Santa on who is being naughty and nice. The excitement of the Elf, for the children, is that the Elf tends to get into trouble and each morning when the children wake up, they get to find the Elf and see what mess he’s created. For the parents, there is the nightly task (when many are already exhausted by all that comes with life over the holidays and at the end of the year) of tapping into our creativity banks to make sure the kids wake up to something entertaining.

I didn’t grow up with an Elf on the Shelf tradition, but it became trendy around the time my kids were in the Santa Claus years and they convinced (guilted) me to get on board. “Mom, [insert name of friend or relative] has an Elf on the Shelf – why don’t we have an Elf?” And when I say my children, I mean my daughter. My son wasn’t interested in the thought of some doll elf coming to life at night to spy on him and potentially report his bad behavior to Santa. But my daughter – who at 18 still has a bed full of stuffed animals and who has always had a fantastical imagination – lived for the Elf on the Shelf. And she expected to be entertained, she had high expectations for how much trouble that Elf was going to get into overnight. That translates to mom having to get real creative and we’re not talking for a few nights or even a few weeks – we’re talking every night for 5 weeks. That, my friends, starts to feel like a part time job by mid-December.
It’s a cute idea, and I even know parents who embrace it. They are not bothered by what feels to me like a long term commitment at a time when I’m also starting to get spending fatigue and even “Jingle Bells” starts to wear me down.

One friend got smart and said that when she saw how sad her oldest child was when she stopped believing, she put her oldest in charge of making “Elf magic” for her little brother. She said that made Christmas special for both of the kids. Delegating Elf duties was a brilliant move.

And another friend whose teenage son passed away, said that her son in heaven sent the Elf to her youngest child to try to lift spirits during a tough time. My friend said while she does feel Elf fatigue by the time Christmas rolls around, she also hates to see it end because of its sentimental value.

Yet another acquaintance says that the only reason he endures the Elf season is because “it puts fear in my kids.” I know, I know, that sounds harsh but we’ve all used the “Santa is watching” threat to encourage kids to behave better during the Christmas season. 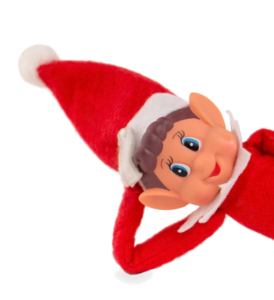 My kids are older now, so the Elf comes out but stays pretty stationary during the holiday season. I’m pretty sure my daughter feigned belief in the holiday spirit for an extra year just because she so loved the Elf activities. I suspect when she is a parent, she will find her role with the Elf as enjoyable as the kids who get to wake up to it.

I don’t want to sound like a total Grinch, I did enjoy the Elf festivities at times, especially when I had a really good idea and pulled it off well (like when the Elf was found doing a bar routine on my daughter’s American Doll gymnastics set). And without a doubt, I enjoyed my daughter’s excitement in looking for the Elf every morning, although she also vocalized when the Elf was lame and encouraged him to get in more trouble the next night.

Now that our Elf is stationary, I’ve become a much bigger fan. I love seeing social media posts showing how creative and out of the box others are with the assignment. I’ve seen hilarious Elves who got into the wine fridge, those who are hanging out with Barbie in her sports car, and those who create huge messes, that by the way, mom is probably going to have to clean up!
I have a friend whose kids have been grown for a long time so Elf on the Shelf was not a part of her holiday tradition. She said that she loves seeing the creativity but that the pressure probably would have thrown her over the edge. 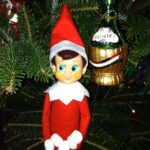 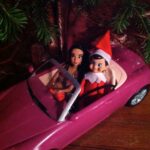 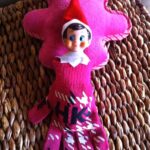 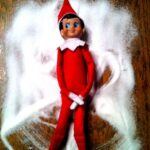 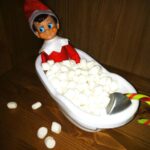