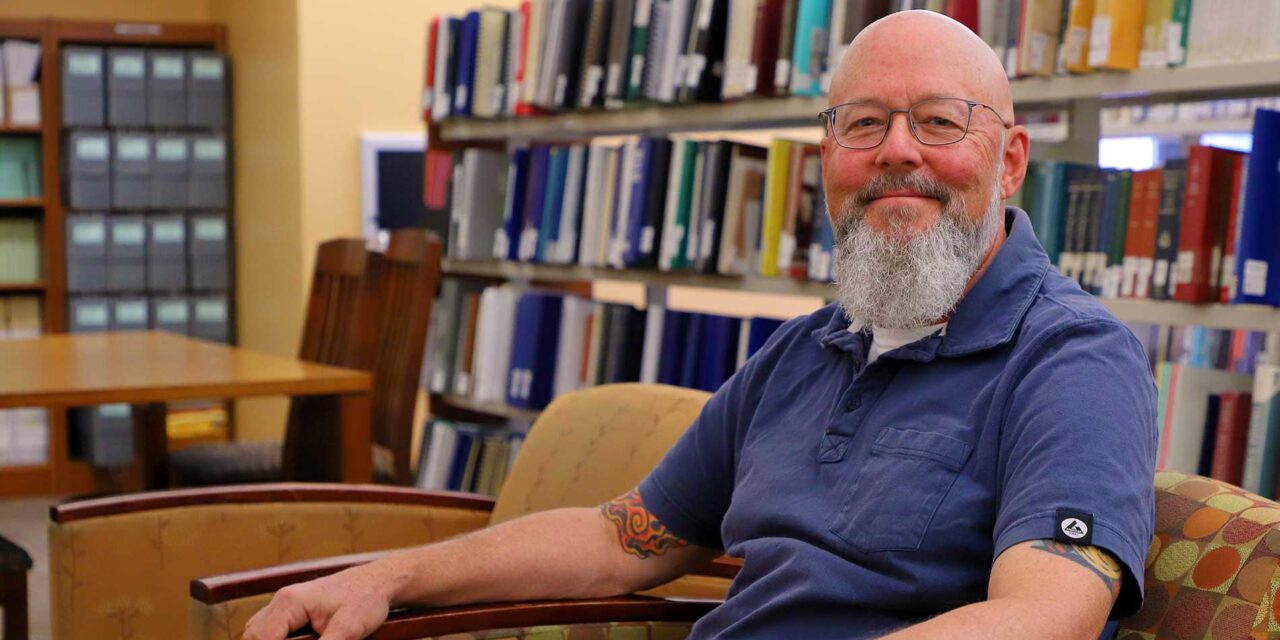 Jack Pollard began working the polls in 2014 and has been a chief judge for the last two election cycles (above).

Elections in Carroll County are carefully planned and administered. 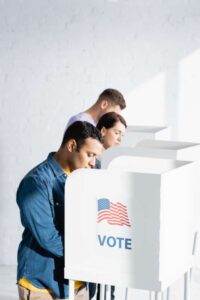 Elections have gone from a familiar, routine part of living in a democracy to a hot-button issue that many now no longer take for granted.

You send off your mail-in ballot, vote early at specific locations or show up to your regular polling place on Election Day, maybe with little thought about what must happen — often a year in advance — to run an efficient election.

And despite all the stories on news and social media, the bulk of elections are just that: efficient and without incident.

The Heritage Foundation, which has compiled a comprehensive listing of voter fraud cases, found that since 1979, there have been 1,371 proven cases of voter fraud in all elections — local, state, and national. That averages out to a mere 0.0313 voter fraud cases annually for the last 43 years.

According to Heritage’s database, there have been only eight prosecuted cases of voter fraud in Maryland in those 43 years, six resulting in criminal convictions and two remanded to diversion programs.

“I encourage everyone to do your research and not believe everything you may read or hear in the news. If anyone has a question, they should contact our office to get answers. Every state runs elections differently, so it’s important to not assume that an incident that you hear about is actually happening in Maryland.”

Berry explained that in Maryland, elections officials always conduct multiple audits both before and after each election is certified and monthly data audits year-round.

She also noted that Maryland has had voting by mail for decades and that they have counted mail-in ballots after Election Day, also for decades.

“All ballots are always canvassed regardless of the margins,” Berry said, “and all canvasses of ballots are open to the public.”

Jack Pollard, who has been working the polls since 2014, recalls the only incident happening being among candidates or their representatives outside the 100-foot no-electioneering zone. The differing opinions and “big personalities seem to work each other up,” he chuckled.

All kidding aside, Pollard remarked, “During the election you expect to deal with many diverse political beliefs. Our main goal is to ensure everyone who can vote, does. With that in mind, any conflicts I’ve ever dealt with have turned into the voter voting and understanding our state laws better.”

A lot of planning goes into running an election. So much that planning starts a year in advance, Berry said. “There are many aspects of the election that require intricate planning in order for every part of the process to go smoothly.”

And you may think that primary elections are less involved than general elections, but Berry stated, “Generally, we plan for the same volume election no matter if it is a primary or a general because it is hard to predict how many people will vote and by what method or what day they will vote.”

There are 24 polling places in the county. About 450 workers are needed for Election Day. The Carroll County Board of Elections (BOE) also recruits workers for eight days of early voting, which are held at three locations and three days of mail-in/provisional canvass. “We typically use the same people to help us during all three events because of the time involved in training election judges and because all election judges are required to go on the county government payroll system,” she said.

The Carroll County BOE office is a branch of the Maryland State Board of Elections, following all laws, regulations, and procedures of the state. All Carroll BOE office employees are state employees.

Given that, voters may wonder who foots the bill for an election. “Our budget is funded and managed by the Carroll County government,” Berry said, but “there are aspects that are funded by the state or a 50/50 split between the state and the county.”

“We heard various concerning trends this year when it came to recruiting our lifelong election judges back and brand-new election judges,” Berry said. “This included concerns with COVID transmission, individual safety and security concerns due to the current election environment, not being paid enough for hours worked (the pay ranges from $180 to $350), the long hours required and being required to complete new hire and tax paperwork for Carroll County government in order to be compensated.”

Power to the Polls, a national effort backed by several businesses and civic organizations, has relaunched their efforts to recruit poll workers for this fall’s midterm elections. Jane Slusser, the program’s operations manager, said the group has already seen poll locations close or in danger of closing due to staffing shortages during the recent primary elections.

As far as local recruiting efforts go, Berry explained that they advertise through social media and the Carroll County BOE website. She also said that they place ads in the newspaper and magazines and post fliers at community centers and high schools.

“Over the past decade, there has been a steady decline in people interested in serving as election judges,” Berry said. “2020 exacerbated the issue, and it is significantly more challenging to recruit. We did not have the desired amount of poll workers for 2022’s primary election, but because the expected turnout was low, we were able to manage,” she added.

Because they staff eight days of early voting, at least three days of mail-in ballot/provisional canvasses and Election Day, it is even more challenging to recruit workers. “State and Carroll County government employees are offered administrative leave to incentivize them to come out and help,” Berry said. “We also work with several high schools in the county to recruit poll workers. This has helped us to recruit different generations of workers with all different backgrounds.”

Jack Pollard began working the polls in 2014. He has worked in a number of different roles, beginning as a check-in provisional judge and now chief judge for the last two election cycles.

“I felt it was a good way to give something back to my community and get paid for it,” he said. “Democracy has been with us since around 400 B.C. in Athens, Greece.

When I’m an election worker, I’m a living part of that very tradition,” Pollard stated. “Democracy needs to be tended to, as we all know. If not, it will slowly perish. We should all do our civic duty to keep it nourished.”

First-time poll worker Susan E. Whitcomb explained that she recently retired from Carroll Hospital Center and thought working the polls would be “a great opportunity to help, earn a little money and meet people. I really did enjoy it,” she said.

Long hours and (relatively) little money aside, Pollard said that he “looks forward to [Election Day]. The people I work with, the thrill of a first-time voter, resolving a problem and just being an actual part of the process is fantastic.”

“It’s also a lot of fun, you do get paid, and you get to meet so many people,” Pollard continued.

Whitcomb also looks forward to working the polls again this fall. “I would recommend it,” she said. “There is a sense of helping your country and your community.”

Pollard and Whitcomb had nothing but praise for the process. Carroll County elections run “extremely smoothly, thanks to the hard-working Board of Elections people. From Katherine Berry on down, everyone is fantastic,” Pollard said.

“They work nonstop to make sure everything runs smoothly. If we have any questions, we can reach out and get a response immediately. If we need anything, they are on it. Of course, all the election judges work tirelessly to keep everything running smooth also,” Pollard said.

Whitcomb agreed. “I was so impressed with how smoothly the process was and there did not seem to be any problems or incidents,” she said.

Berry pointed out that they had quite a few college and high school students who worked the polls for the election in July, which was very encouraging. She also has high school interns from Liberty and South Carroll during election cycles so they can see the inner workings of elections.

They are learning from some of the best in the business. Berry is not only election director for Carroll County but also serves as chair of both the Legislative Committee and the State Regulations Committee of the Maryland Association of Election Officials.

If you are interested in learning more about the duties and requirements of an election judge, you can visit the BOE website at https://elections.carrollcountymd.gov/judgeInfo.aspx. Those who want to take the next step can complete a judge application on the website as well. Completing the form does not guarantee that you will be selected as an election judge; you will be notified by the BOE office if your application has been accepted.