Teeing Off in Carroll County 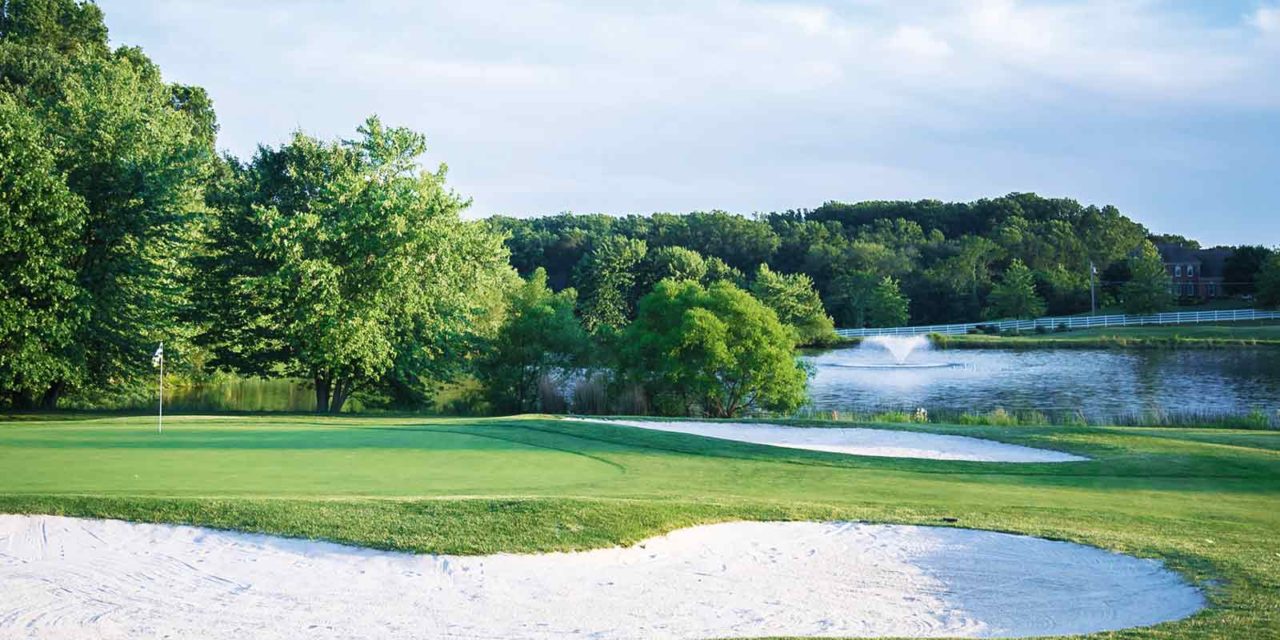 After a winter full of white, it’s time to see green again.

With the arrival of spring, golf courses across Carroll County are gearing up for their busiest season of the year. Area golfers can choose from five well-manicured courses, spaced from Mt. Airy to Hampstead. All county courses are open to the public, making the game more affordable, since public courses are considerably less costly than private golf clubs.

Just a long tee shot away

Several challenging golf courses lie just outside of the Carroll County limits, and are within easy driving distance.

In Carroll County, here are the places to play:

Opened in 1996, Challedon features a layout that is similar to many of the European courses. “With a links course, you’re not on top of another hole,” said Ben Sproles, general manager at Challedon. “If you hit a bad shot, you’re going to be out of bounds, or in the woods.”

The course ranges from short par-threes to lengthy par-five holes. While Sproles believes that the sixth hole is the most difficult on the course, there are other distinctive places.

“Number 17 is our go-to picturesque hole,” he said. “The 14th, which is a longer par-three, is difficult because the wind usually swirls in the pocket of trees that are midway to the green.”

With a full-service restaurant and a location near sprawling homes, Challedon could be mistaken for a private golf club. Sproles stressed that the facilities are open to everyone.

“The majority of people in this area think we’re private, so we’re trying to change that mentality,” Sproles said. “This is a public place where you can have dinner. We also have live music, karaoke, cornhole tournaments, and high school reunions.”

Most colleges in the United States have golf teams. Unlike most other schools, McDaniel College has its own golf course. The McDaniel layout features nine holes. The course is manageable for golfers of all skill levels, who navigate a layout that features a trio of par-three holes and six par-fours.

Despite the fact that the course doesn’t feature any long par-five holes, it can still provide a challenge. Lee Janzen, a two-time U.S. Open champion, played at the McDaniel course during his youth, according to Scott Moyer, McDaniel’s director of golf and the college’s head golf coach.

“The greens here are small, so this is a great place if you want to practice your short game,” said Moyer of the course that opened in 1935. “And where else can you plunk down $11 and play golf?”

You can also leave your clubs at home and still play the McDaniel course, which also offers FootGolf. Played with a soccer ball, FootGolf is a hybrid sport where participants play 18 holes ranging from 50 to 200 yards and kick the ball until it goes into a 21-inch diameter cup that is located in the fairway or rough of the course.

Opened in 1991, Oakmont Green isn’t built for one type of golfer.

“What makes Oakmont Green appealing is that it can be a very forgiving course,” said Patrick McDonald, the general manager. “It’s a real good course for the casual player, but the length of the course can make it particularly challenging. Anyone who wants to play to par will have a few obstacles.”

Those obstacles include railroad tracks alongside holes 3 and 4. McDonald advises players to hit to the right side on both of these holes.
“If you go to the left, you won’t find your ball,” he said. “It will be on the railroad tracks.”

“I tell players to be a little more conservative with their shots on the holes with water,” McDonald said. “There’s a pond in front of the eighth hole, which is a par-four. The last pond on the course affects both No. 15 and the 18th hole.”

The River Downs legacy began in 1995, during the midst of a Carroll golf expansion that saw four of the county’s five active golf courses open their doors from 1989-96.

“There was a big golf boom when Arnold Palmer came along,” said Richard Isaac, who serves as River Downs’ co-general manager with Jamie Isaac. “There was another explosion when Tiger Woods started to play, as well.”

Both of those legends might see something near the end of a round at River Downs that they wouldn’t encounter on the PGA Tour: a par-three 18th hole.

“You don’t see the 18th as a par-three very often,” Isaac said. “It is a long par-three, and you have to hit over a ravine.”

The River Downs layout is different from most courses because of its many changes in elevation. The course also contains its fair share of water.

“You don’t have to hit a driver on every hole,” Isaac said. “You’ll use every club here. Our most scenic hole is probably the fifth, which parallels the north branch of the Patapsco River, and No. 15 has ponds on the left-hand side of the hole.”

Its title makes Westminster National sound like an exclusive golf club. But golfers of all skill levels have played Carroll County’s oldest 18-hole layout since the course opened in 1989.

Westminster National’s hilly terrain is a main feature of the course.

“I tell people not to expect their best round the first time out,” said Ryan Kraushofer, the Westminster National general manager. “The course is really tight. You have to learn how to play the hills, and use them to your advantage. It often comes down to your club selection.”

The real test comes early, on the par-three fifth hole. “I think it’s the toughest hole in Carroll County,” Kraushofer said. “You have to negotiate a ravine, and the green is two-tiered.”

“We want to teach kids about water conservation, different kinds of soils, and wildlife habitats,” Kraushofer said. “We offer free field trips for the schools, and we had about 450 kids come here in 2018.” 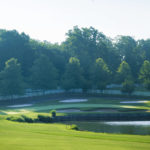 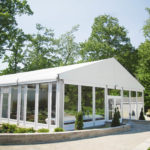 The Links at Challedon Event Facility 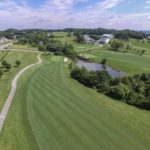