Thanksgiving: It’s The Holiday Memories That Really Nourish Us 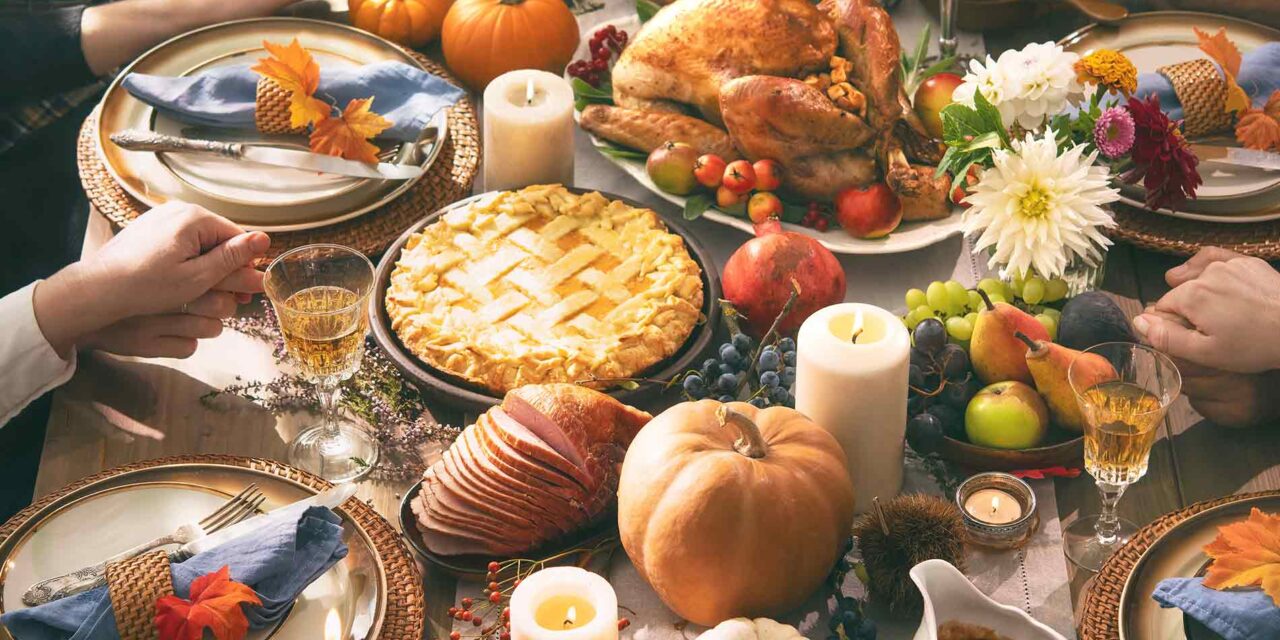 Last year was the first time in my life that I made Thanksgiving dinner. From scratch. It was the pandemic and I had no choice.

Although only four of us — my husband, two “adult” children and myself — would be seated at the table, I was determined to try to bring some semblance of normalcy to the holiday. I “bought” a turkey. (Full disclosure: I bought 10 other items to get the turkey “free” from BJ’s Wholesale Club. And no, I didn’t need the Tide Pods, the Oil of Olay moisturizer or the 30-pack of disposable razors.)

I scoured websites for recipes and made my first pumpkin pie and sweet potato casserole complete with marshmallow topping. And, yes, my first full-size turkey. The true challenge was trying to fit the turkey in my small oven and figure out how to cook the rest of the meal with other appliances. The biggest task was getting all of the side dishes ready at the same time as the turkey. Needless to say, it was an epic failure. Well maybe not to epic proportions, but the green beans and mashed potatoes were quite cold when the turkey was done and carved. As my mother used to say, “That should be the worst thing that ever happens to you.”

It wasn’t my first time hosting Thanksgiving, however. For a few years, when my in-laws were still alive, we ordered kosher Thanksgiving meals from Wegmans or the Knish Shop. I heated the triple-wrapped packages in my oven, but even then I struggled to ensure consistent timing. A good time was had by all — but we needed the microwave for assistance.

That reminds me of a story a work colleague recently shared. She told me about when she and a friend hosted Thanksgiving dinner for what she called “a motley collection of former and current admirers” during college. They bought the entire feast, already prepared, from the grocery store and then transferred all of the dishes onto their own serving pieces. When she pulled the turkey “triumphantly” from the oven, in full view of the guests, the boys in attendance were “absolutely, jaw-droppingly stunned!” They raved about the turkey and the side dishes. My colleague and her friend maintained their composure until the last guest departed and then enjoyed quite a chuckle!

I have fond memories of Thanksgiving, which was the holiday my mother always hosted for both sides of the family. We always had a full group of about 20, and although we hated being relegated to the “children’s table” as kids, my cousins and I fought for those seats in later years. We happily sipped wine and laughed at the grownups — including my mother, who had that day turned into Monica Geller in an attempt to make sure everything was just so. It was funny to us when she forgot to take the last tray of croissants out of the oven or neglected to heat up the canned gravy for the turkey.

Everyone has funny family stories to share. A friend told me about one Thanksgiving when her whole family descended upon her aunt and uncle’s house for the holiday. Her uncle’s brother, Steve, and his wife, Mary, had arrived from Cleveland and were exhausted. They went upstairs to take a nap in the early afternoon. Later, the family assembled for an amazing dinner, forgetting all about Steve and Mary. About three-quarters of the way through dinner — everyone was onto seconds by then — the bleary-eyed couple emerged. My friend doesn’t recall who was more shocked, Steve and Mary or the rest of the family seated at the table. The “normally chill” couple was justifiably insulted!

One thing I’ve never imagined doing is getting a fresh turkey from a farm. My friend Lisa did one year, and boy was it an experience! She saw an ad for fresh turkeys at a local farm just down the street from her new house. The ad informed readers they could choose the turkey and the employees would prep the turkey for cooking.

The only problem was that Lisa and her husband arrived to pick up the two turkeys they ordered too late for the preparation part. So they were given two live turkeys. They took the birds home and put them in the garage. Because it was a week before Thanksgiving, it was too soon to kill them. They bought corn for feed, and had to take them outside to “go to the bathroom.”

Housing two live turkeys in the garage turned into a nightmare for Lisa. They flew all around, all the way up to the rafters. They were loud. Lisa had to use a broom to get them to relieve themselves outside. Looking back on it, she admits now it was funny, but it sure wasn’t funny then.

Lisa’s husband asked her which turkey to kill. How could she decide? She didn’t want to be part of that situation. She just told him to “do what he had to do” — and he did. He “kind of” knew what to do. He killed the turkey, started plucking feathers and brought it into the house. Although he proclaimed it ready to cook, it looked like it had a lot of blackheads, Lisa said. “We can’t cook it like this!”

They took the turkey to a friend who knew what to do. Their friend plucked the rest of the feathers and finished the preparation. They returned home and Lisa tried to put it in the pan. It was heavy, probably about 30 pounds. Unlike a store-bought all tucked in nicely, the turkey’s legs stuck straight out. She tried and tried to tuck the legs in and ultimately gave up. She cooked the turkey with the legs sticking out about six to eight inches.

And it turned out to be the best turkey she’s ever had.

And that second turkey? He lived with them for four months before Lisa’s husband again took matters into his own hands. That’s a story for another time.