The Great Awakening of Cicadas 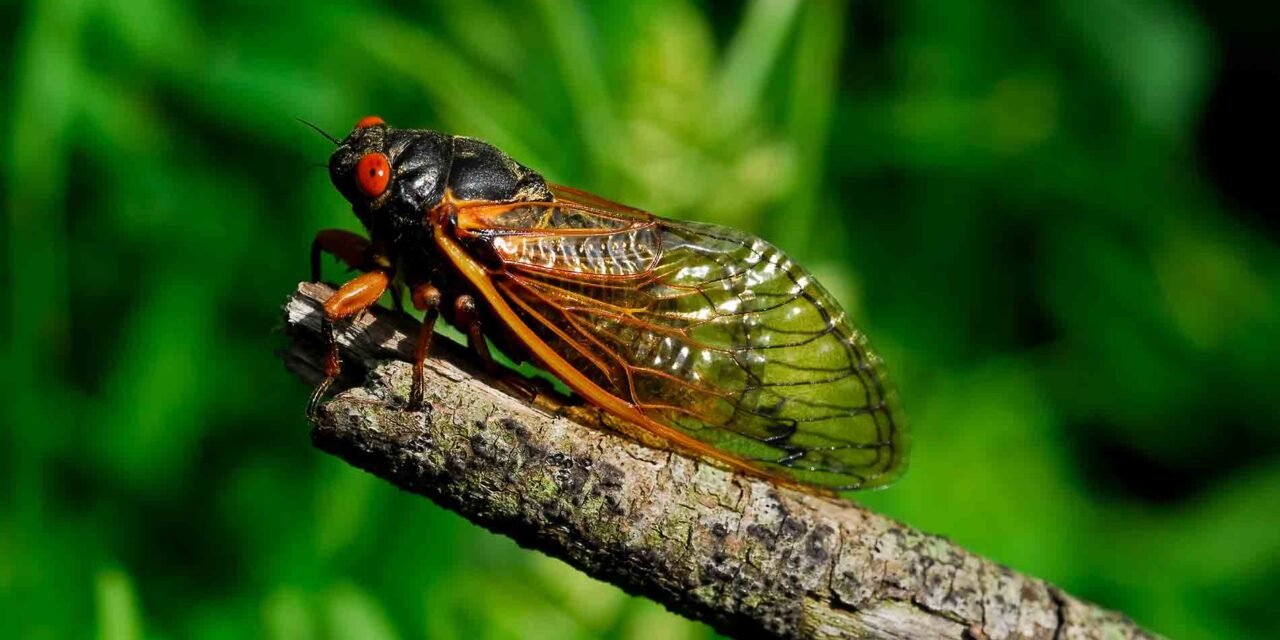 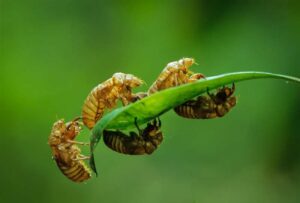 For some of us, the emergence of Brood X of periodical cicadas is a natural phenomenon a bit like a comet, a solar eclipse, a meteor shower or a volcanic eruption.

Which is to say that, if nothing else, they are a reminder that there are things constantly occurring in the universe around us that are very much beyond our control and often even beyond our understanding.

To others, the cicadas are at best a nuisance and at worst more a source of dread rather than a natural wonder.

For Jack White, a Sykesville resident, local historian and curator of the Sykesville Gatehouse Museum, they are a bit of both.

“In 1987, I moved here from Japan, the summer that the cicadas came out,” he recalls. “I swear, at one point I thought it was raining cicadas. People were driving around with their windshield wipers on in the middle of the day. You’d be crunching them when you walked outside. And they were the biggest bug I’d ever seen.”

CICADAS: WHO ARE THEY AND WHERE DO THEY COME FROM?

For all their oddity and singularity, cicadas might well be the creation of some mad scientist in an early sound-era horror movie.

Or maybe they are just one of nature’s many anomalies, as we ourselves may well be.

Mike Raupp, a professor emeritus of entomology at the University of Maryland, and creator of a long-running blog called “Bug of the Week,” quite likely knows more about cicadas than anyone else alive. He describes them as “a remarkable biological phenomenon.” He calls their 17-year-long subterranean sojourn “one of the big mysteries of biology.”

Bottom line: cicadas have survived and have been repeating their life cycles for 3.9 million years. They differentiated into different species about a half-million years ago.

As far back as 1633, William Bradford, Massachusetts’s first governor observed:

All the month of May, there was such a quantity of a great sort of flyes like for bigness to wasps or bumblebees, which came out of holes in the ground … and ate green things and made such a constant yelling noise as made all the woods ring of them, and ready to deaf the hearers.”

Depending on whose numbers you use, there are more than a dozen different cicada broods on the North American continent, not counting several that have gone extinct. Some have 13-year cycles, but these are not as prominent in our region as elsewhere.

Carroll County, for better or worse, lies within the epicenter of the Brood X emergence. It constitutes literally billions, if not trillions, of bugs (as many as 1.5 million per acre) that begin popping up as soon the ground temperature reached 64 degrees. It’s a phenomenon that occurs in 14 states and 200 counties. But it’s here mid-Atlantic region that it reaches a level of intensity not seen or heard elsewhere.

The periodical cicadas’ long-time survival, scientists say, is a matter of strength in numbers — a survival mechanism called “predator satiation.” Which is to say, that when all the many critters large and small that eat them have stuffed themselves and grown utterly sick of them, there’s still plenty left alive and kicking to do their thing.

As it turns out, the cicadas won’t be with us much longer; they only persist a few weeks. Thus, is won’t be long until you can lose the ear plugs.

Cathy Baty, a Westminster resident and curator of collections at the Historical Society of Carroll County, remembers moving here from the Midwest when everyone was talking about cicadas. “They were these huge weird-looking bugs and the sidewalks were full of their shells [exoskeletons]. And they were really noisy and it sounded like some biblical plague.”

Someone who often has the first, and the last, word on the cicadas is Gaye Williams, an entomologist with the Maryland Department of Agriculture. Williams has studied these peculiar insects for years, and she is utterly fascinated by them. She has taken thousands of photos of them and has recorded hours and hours of their chants (actually mating calls), which can reach a decimal level that’s as loud as a lawn mower and violate the sound ordinances of many municipalities.

Williams has also collected cicadas, laminated them and even incorporated their wings, with their striking patterns, into the kaleidoscopes she makes as a hobby.

“They are one of my favorite creatures,” she says. “They are stunningly beautiful and they kind of even have our Maryland state colors.”

Williams has vivid memories of the last Brood X emergence in 2004 (a 17-year interregnum, which some astute observer pointed out, has seen 20 iterations of the iPhone and four U.S. presidents come and go). Back then, she was hosting foreign journalists who’d come from as far as Japan to witness this once-in-a-generation rising. Then-Gov. Robert Ehrlich even issued a proclamation declaring May and June of that year as “Magi-Cicada Month.”

At one point, Williams took her foreign guests to a hot spot in Prince George’s County to hear the cicadas in their full, ear-splitting splendor. She measured their shrill, oscillating chant at 103 decibels.

“I remember once they were so loud that I found myself getting shaky and queasy from the noise,” she recalls.

Williams says she has little use for people who throw up their hands in despair over the cicadas, “and ‘go uuuhh-uuuhh-uhhh.’

“There are people who are going to go out and buy pesticides and spray it all over their yards,” she adds. “It’s not going to work, and all they are going to do is kill a lot of insects that are beneficial.”

Williams emphasizes, as do all the cicada cognoscenti, that these critters are harmless. They don’t bite, the don’t sting, they’re not poisonous and (at least while alive) don’t smell bad, though they can damage some tree saplings.

Also, animals — birds, squirrels, chipmunks, skunks, raccoons, dogs, cats, other insects, you name it — love to eat them. And if you have a small pet you should discourage him, her or it from eating too many of them. They can pig out on cicadas and get a bellyache.

Chris McMasters, interim executive director of the Historical Society of Carroll County, recalls that the cicadas had a different effect on Max, her Rottweiler, the last time around.

“Although the noise was annoying for me, it made him walk in circles,” she remembers. “He’d be constantly walking around and around in circles under the trees trying to figure out what the noise was.”

For some of us — well, maybe at least for a few of us — the principal philosophical question pertaining to the cicadas is: Should we eat them?

A quick web search turns up several cicada cookbooks and dozens, if not hundreds, of recipes — everything from Cicada-Delicious Pizza to Chocolate Covered Cicadas. Historical accounts from as far back as the 1890s mention people feasting on Cicada Stew. More recent consumers have dubbed them “the shrimp of the land.”

Experts like Williams refer to a UN report that made the case for insects as a means of improving global food security. In fact, in many parts of the world bugs are a major food source, or even a delicacy for millions of people. 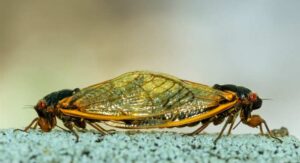 Alas, considering their dismal 17-year-long subterranean slog — they spend the time feeding on fluid from tree roots — the cicada’s season in the sun is tragically brief. After emerging, they breed, they lay eggs, they die, and they’ll be all gone before you know it. Or at least before you’ve really gotten fully geared up to complain about them.

But if by some chance, you’re missing them already, or if you somehow manage to miss them altogether, they’ll be around again in 2038. Which is admittedly a much shorter wait than for Haley’s Comet (2061) or, last seen in 1973, Comet Kohoutek (about 75,000 years).