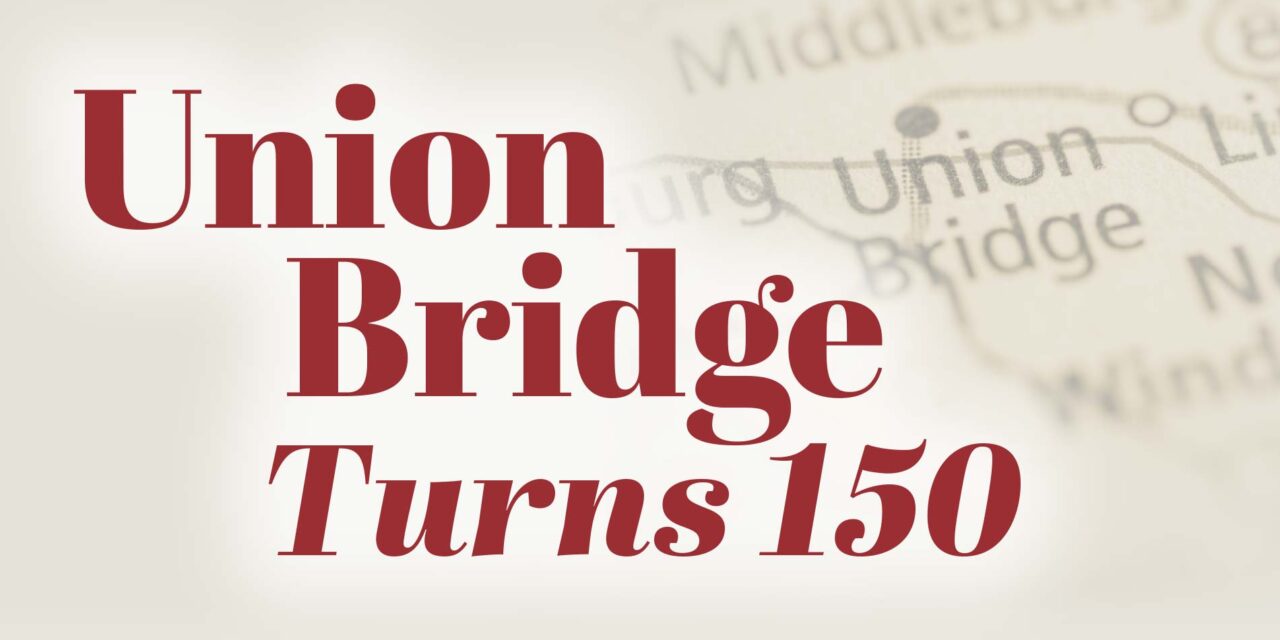 Nestled in the rolling hills of the Piedmont Plateau, the town of Union Bridge has a special charm that its residents have thrived on for years, and visitors can’t seem to resist. Small but mighty, with a population of just under 1,000, the town is rich in history and has a strong sense of community that has kept it alive and well for many years.

Originally known as the town of Buttersburg, Union Bridge was renamed to commemorate the bridge over Little Pipe Creek that united the north and south sides of the settlement. The town of Union Bridge was officially chartered in May of 1872, and celebrates its 150th anniversary this year. The anniversary is being celebrated with events planned for just about every month, including a 150th Anniversary Parade (June 4), tours of the Lehigh cement plant (June 4), a war re-enactment at Lehigh Park (July 30-31), an event in October at Pipe Creek Friends Meetinghouse, and more. Event information can be found on the Town of Union Bridge website at TownOfUB.org.

Want to know more? Here are 10 things worth knowing about Union Bridge.

Born in Union Bridge in 1825, William Henry Rinehart became a famous and sought-after sculptor. Several of his works are prominently displayed in Rome, the Smithsonian’s American Art Museum, the U.S. Capitol, the Metropolitan Museum of Art, the Maryland State House, and the Peabody Institute, to name just a few sites. A replica of one of his statues, “Love Reconciled with Death,” stands in his honor in Union Bridge. 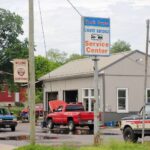 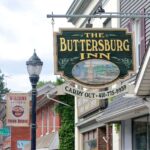 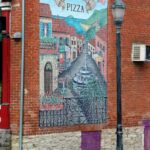 Celebrating their 250th anniversary this year, Pipe Creek Friends Meetinghouse was built on land deeded by William Farquhar in 1772 and is on the National Register of Historic Places. The meetinghouse was a place of worship for the Quakers who originally immigrated from the north of Ireland, and they still hold services every Sunday. President Herbert Hoover, whose great-grandfather was a member, visited the meetinghouse in 1929.

For decades, Perry Jones has worked at his family’s auto repair shop, Tuck’s Service Center, which his father purchased in 1968. His love for the town he calls home is evident in the many positions he’s held, including town council member (for 11 years), mayor (his first run was for 12 years), county commissioner (for four years), and mayor again for a second run (an office he’s held since 2010).

The world’s first reaping machine was invented and first used in Union Bridge by Jacob R. Thomas in 1811. It was later perfected and patented by his cousin Obed R. Hussey in 1835.

In 2017, Cheri Thompson and Brian Colussy founded Dream Big Union Bridge, a nonprofit organization whose primary goals are to raise money and bring the community together to support the town of Union Bridge. They host several annual events and fundraisers throughout the year, including a tree-lighting celebration on New Year’s Eve, an Easter egg hunt, and a free community cookout. In 2020, they opened a gift shop on Main Street that hosts more than 50 vendors, with funds going back to Dream Big. The Rubber Duck Derby, one of their biggest fundraisers of the year, is held in May. Residents and visitors can “adopt” rubber ducks, which are launched in the creek along the walking trail. The family-friendly event is filled with vendors, prizes and entertainment. Follow them on Facebook at @dreambigunionbridge.

The Union Bridge Fire Company was established on March 10, 1887, when 30 men pledged themselves to the duties of firemen for the town. The same year, a week-long festival was held to raise funds for the fire company. The annual Fireman’s Carnival is still one of the highlights of the year for the town with events and games for the kids, food, and entertainment. This year’s carnival runs June 2-4. To learn more, visit UBFC8.org.

After the Battle of Gettysburg, the Western Maryland Railway was used to transport thousands of wounded and dead soldiers from Union Bridge to Baltimore. This section of the railway became known as the “Hospital Tracks.” The Western Maryland Railway Museum, in what was once the railroad station, is at 41 N. Main St. Here you can explore artifacts and memorabilia, photos, large model train layouts, and other historical materials from the Western Maryland Railway. It is open to the public on Sundays and Wednesdays. They also hold an annual National Train Day event in May. More information about the museum can be found at WesternMarylandRHS.com.

The town’s leading industry, Lehigh Cement has been a major employer in Carroll County for decades. In recent years, a 4.5-mile conveyor belt was built, which transports tons of limestone from the nearby quarry in New Windsor.

Hosted by Floodzone Brewery, the annual Anchored Mini Boat Parade is a weekend-long event, to be held this year from July 13-17. Proceeds benefit the Union Bridge and New Windsor fire departments. Contestants secure local sponsors, build their boats to specific dimensions, and launch the craft in Little Pipe Creek, where voting and other activities will be held throughout the weekend. For more details, FloodZone
Brewery.com. 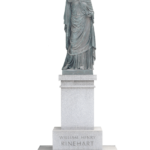 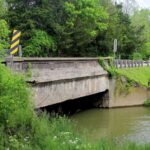 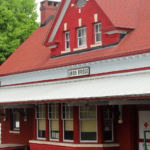 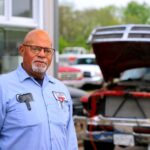 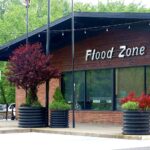