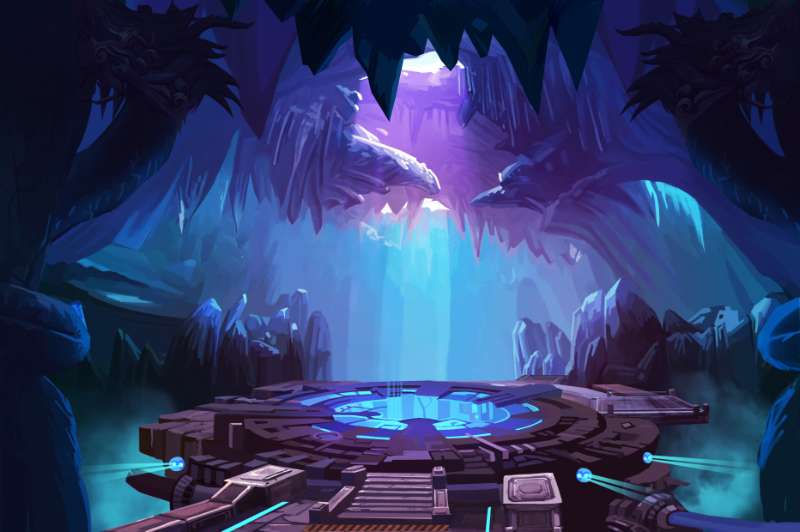 It’s not just a game anymore.

The Business of Video Gaming 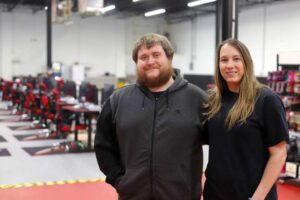 Chris and Rachael Miller own Laughing Coffin in Taneytown

Esports and video gaming in general are big business. In fact, in 2021, the video game market in the United States surpassed $85.86 billion.And it’s local business as well. Small businesses are popping up around the county to cater to folks of all ages who love their video games and esports. The generation that grew up playing video games are now the ones creating new business opportunities of their own.

Rachael Miller, owner of Laughing Coffin in Taneytown, grew up playing video games and even met her husband, Chris, through online gaming. “We wanted to offer a community for gamers,” says Miller of the business. “It is a passion project.”

Laughing Coffin is a recreational facility that provides consoles and PC gaming for a fee. And that includes the burgeoning world of esports. “We wanted to bring the esports market to smaller communities,” Miller says.

Laughing Coffin isn’t the only business looking to bring esports to Carroll County. Tables and Towers, located in TownMall of Westminster, now offers tabletop gaming and, according to general manager Josh Tamburo, is looking to expand into esports as well.

The same is true for Save Point in Union Bridge. Save Point focuses on the culture and history of gaming while offering free access to arcade games. Owner Eric Holniker is looking to expand into esports, but with a twist.

“At first it’s going to be more retro stuff,” he says. “And then work our way up from there.”

And Mid-Atlantic Gigabit Innovation Collaboratory, a Westminster nonprofit, has been in talks with the city of Westminster to consider supporting a proposed esports entertainment venue in TownMall.

Jon Serio of Westminster said he began playing video games at the age of 2. Now 31, he said he doesn’t plan to stop anytime soon.

“I think it’s an equal opportunity experience,” says Serio of the draw of video gaming with its storylines, characters, challenges and goals. “You’re not just a bystander but a participant. And I think a lot of people want that creative outlet. I feel that’s why it has spoken to so many people and become such a powerful presence in today’s society.”

And that’s good for business.

Video gaming has become a revered sport all on its own. Esports, or electronic sports, is a form of competition with multiplayer games like League of Legends, a team-based strategy game where two teams of five face off to destroy the other’s base. 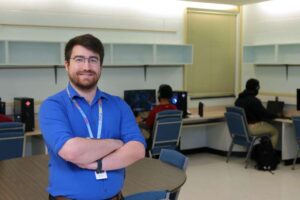 Ben Kohn is the Esports coach at Springdale Preparatory School.

And for those playing, it is serious competition, and it’s gaining a lot of attention. At a recent League of Legends world gaming championship in South Korea, almost 100 million viewers tuned in to the online event. Those numbers are comparable to Super Bowl viewership.

Right here in Carroll County, esports is finding its way into competitive independent leagues and schools, and becoming as legitimate as traditional sports like football, basketball and baseball. Since 2018, when the National Federation of State High School Associations first recognized esports as an official sport, more than 8,600 high schools have started video gaming teams.

“It’s about communication and teamwork and critical thinking,” says Kohn, who oversees a team of five who play League of Legends, and a single player who competes in Fortnite, a survival game where players engage each other in combat. “We’re building those skills that the students need to be better at school.”

The esports program at Springdale, which competes February through May, is still young but in an early tournament placed 80th out of 250 teams.

The Carroll County public school system is also looking to start teams in all of its high schools.

“We want to target a population of students that may not be engaged in school really,” says Bill Eckles, supervisor of career and technical education for CCPS. “This will give that extra piece of belonging.”

According to Eckles and Edward C. McNett, assistant supervisor of career and technical education, the games will not initially include those with shooters. “We want to choose our direction carefully,” says Eckles. As such, network security will be given high priority as well.

Teachers who themselves game will serve as coaches, and the high school teams will first compete against each other with hopes of branching out to compete against other schools. Just like any other school sport, esports members will need to maintain good grades. 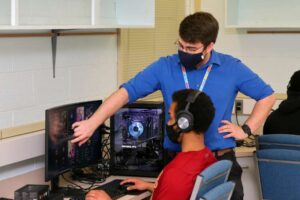 “It’s about communication and teamwork and critical thinking. We’re building those skills that the students need to be better at school.”
– Ben Kohn, Sprindale Preparatory School

CCPS students are eager to begin. “Some of the coaches have contacted me and asked, ‘How do we limit the number of players? Because I’ve got 30 kids who want to do this,’” says McNett.

There are advantages to prepping young gamers. Universities and colleges are not only forming esports teams but are offering scholarships to talented players. “We have a 12th-grader who is looking at colleges, specifically for a computer science degree, and he has had two schools offering him a scholarship for esports,” says Kohn.

“One of the reasons I am so interested in doing this is because when I was growing up there was this attitude of if you play video games you are wasting your time,” Kohn added. “And now kids are getting scholarships and careers, which is fantastic. I think it’s kind of crazy that more schools aren’t taking advantage of this.”

Mount St. Mary’s University in Emmitsburg is among the institutions embracing esports. In fact, the school offers a minor in gaming, which is designed to go along with areas of study such as sports business or computer science or communications for students wanting to enter the esports or games industry. 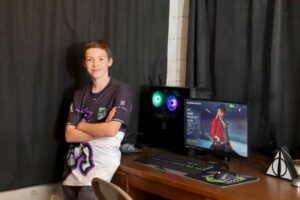 Logan Smith is able to balance esports between his homework, chores and other activities. While attending Code Ninja he discovered Overwatch, a team-based multiplayer first-person shooter game. He now plays for the Hanover Horde at a competitive level in the XP league.

“The video game industry makes more money than the film and music industries combined,” says Russell Hamer, director of esports at the Mount. “So gaming is pretty significant. We wanted to start offering courses and making sure that students interested have those opportunities.”

The university may want to keep its eye on Logan Smith. He is 14 years old now. But Logan already has an esports championship under his belt. He is a member of the Hanover Horde Overwatch team, which won the 2021 XP League North American Finals Championship last summer. The team faced elite esport teams from across the nation.

Logan, a Manchester resident, has long had a way with technology. “In elementary school he would help the teachers set up their computers,” says his mother, Penney.

And it was while attending a Code Ninja program in Hanover, Pa., that he discovered Overwatch, a team-based multiplayer first-person shooter game. Ninja Code enables kids to learn coding while building their own video games. At the end of the day, Logan would spend his free time playing Overwatch. That led to him trying out for an esports team, the Hanover Horde, and playing the game at a competitive level in the XP league, which is described as the little league of gaming. 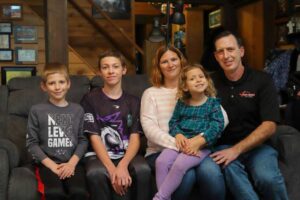 The Smith Family – Gavin, Logan, Penney, Lilly and Tom. Logan’s parents, Penney and Tom, are fully supportive of his passion for gaming.

His parents, Penney and Tom, say esports are no different than playing any other sport, including soccer, which Logan also plays. He attends practices and works on his skills while balancing homework, chores and other activities. His parents don’t see his passion for gaming as a hindrance. And they are not alone. According to a recent study, 71 percent of parents believe video games may have a positive influence on their children’s lives.

And winning championships is one of these positives.

“It was a real special moment for those kids,” says Josh Schmidt, owner of the Code Ninja franchise in Hanover, home of the Hanover Horde, as well as the owner of the Code Ninja franchise in Westminster. “They all put in the hard work to get there. There’s so much more that goes beyond just the technical ability to play the game. Just like any competitive sport, you’ve got to practice. You’ve got to build a good team rapport. And because they put in the work, that’s why they won. I think it’s a good life lesson as much as it is a gaming lesson.”

As Logan and his parents happily reminisced about that day, Logan’s little sister Lilly wandered into the room. The 5-year-old is not interested in gaming at this point but proudly showed off her astronaut Barbie. 9-year-old Gavin, Logan’s brother, was nowhere in sight — he was in his room playing Fortnite. Perhaps another esport champion in the making. 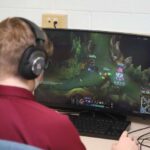 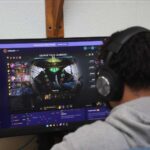 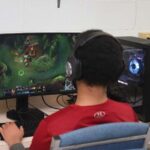 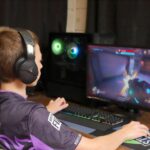