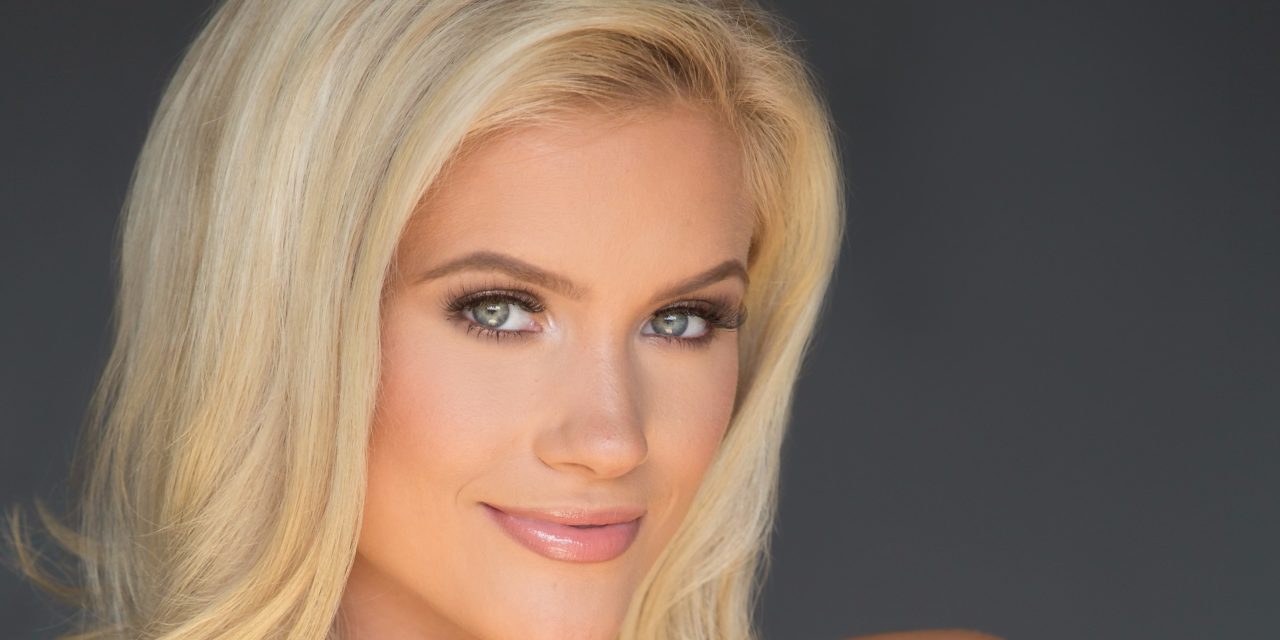 Kathleen “Katie” Masek received an early birthday present this year – the opportunity to represent Maryland in the 2018 Miss America pageant in Atlantic City, New Jersey on Sept. 10, just 10 days before her birthday.

“The opportunity to have stepped foot on the Miss America stage was a feeling I will never forget and will cherish forever,” recalls Masek. “The rush of adrenaline, hope and love that ran through my body will forever remind me of a time that I worked so hard for and accomplished, and I am left with endless laughs, memories and bonds that will last a lifetime.”

A 2012 graduate of Winters Mill High School, Masek earned the Miss Maryland crown on June 24, which propelled her to the 97th Annual Miss America Pageant.

Masek, 23, is the youngest of four girls and a self-proclaimed “military brat.”  Her parents, Kurt Masek and Paulette Keefer, were both in the Navy, as are many extended family members, and Masek recalls vividly both the blessings and pitfalls of having moved eight times during her school years.

“I used to be shy,” admits Masek, “and, on top of that, moving a lot is very difficult, especially on kids. We lived in Kentucky for four years – the longest we stayed in one place – and I recall leaving there and feeling like my heart was being ripped out of my chest.  My world was turned upside down.”

Always presenting the “silver lining,” Masek acknowledges the difficulties of the cycle of leaving old friends and making new ones but, in hindsight, says she is thankful.

“It was difficult but these instances of constantly being the new kid in school, while also becoming acquainted with a whole new home environment, constantly pushed me outside my comfort zone and forced me to navigate awkward social situations, which made me more outgoing and certainly resilient,” she said.

Masek’s smile widens as she reflects, “I keep saying that everything in my life has led me to this point. These life experiences have made me who I am today.”

It comes as no surprise that Masek’s pageant platform focuses on military families.

In fall 2016, she developed “Operation Integrate” – a peer initiative program that helps transfer students adapt to a new school and curriculum. She is also the seed for “Brave Backpacks” – backpacks filled with school supply donations for families who move during the school year. Masek currently works closely with contacts at Ft. Detrick but hopes to expand her programs into schools and other bases in MD, DC, VA and surrounding areas in the future.

To say that Masek is busy is an understatement but she is no stranger to hard work and priority balancing.

She began working at O’Lordan’s Irish Pub in Westminster at age 14, and continued throughout high school. Although she has lived in many regions, Masek says Carroll residents and business owners stand out as fine examples of work ethic and ambition. Clearly, many feel the same about Masek, as many of her pageant sponsors or supporters are Carroll businesses and residents, including O’Lordan’s and Westminster Design Center.

Hannah Brewer, last year’s Miss Maryland who passed the crown to Masek, is also from Carroll.  Masek and Brewer met while competing against one another in a teen pageant five years ago.  The two didn’t become friends, however, until a few years later.

“We bumped into each other at Columbia Mall on her birthday and became reacquainted and, since that time, have been literally inseparable,” Masek recalls.

Masek admits timidly, after an adolescent giggle that, while she is still a “Miss,” she does have a significant other who playfully boasts the title of “Mr. Maryland.”

“It’s a fairly new relationship but he is wonderful and supportive and wants me to be the best version of myself,” she says.

As a Miss America contestant, Masek was awarded a scholarship that she intends to apply to her studies at Towson University when she resumes her academic pursuits, which have been put on hold until her duties as Miss Maryland are fulfilled.

“My experience at Miss America was certainly an unforgettable one, but I am honored to still be your Miss Maryland 2017 and continue in my year of service until I crown the next girl,” says Masek.  “I hope to bring so much love to the organization by the end of my reign through hard work and serving my community in as many ways as possible.”