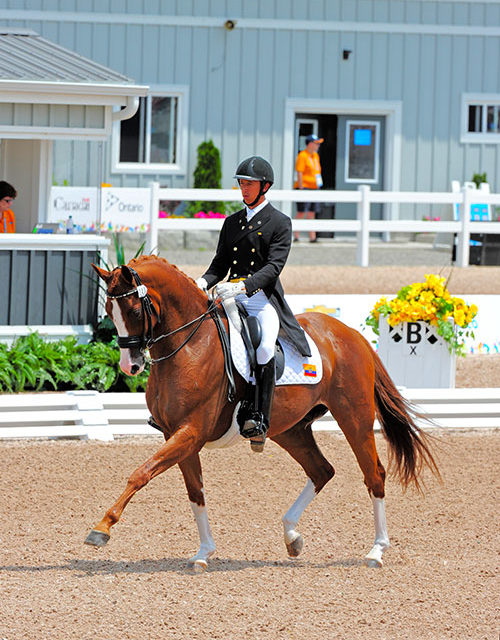 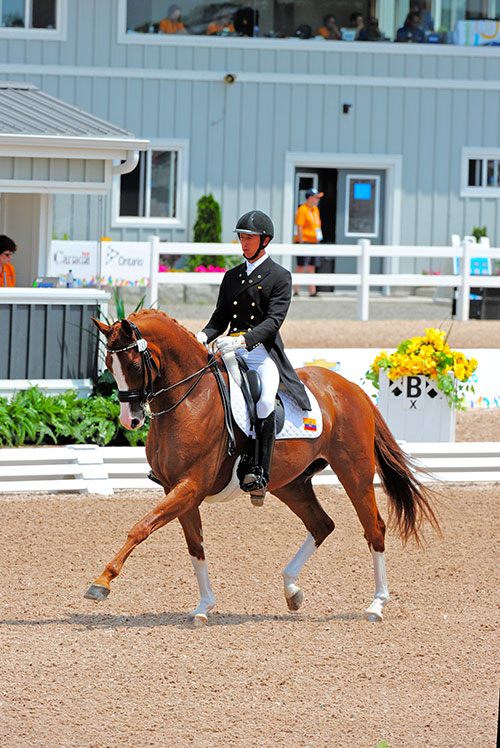 In July, Julio Mendoza of Morgan Run Stables in Westminster competed in the 2015 Pan American Games in Toronto, Canada for his native country of Ecuador with his horse Chardonnay. Mendoza came in 17th in the Individual Dressage competition at the Games.

Mendoza is an award-winning, internationally recognized trainer and instructor, with more than 24 years of experience in training horses for dressage. He is a 4th generation international equestrian rider in dressage and also attended the 2011 Pan American Games in Mexico.

Dressage is a competitive equestrian sport, defined by the International Equestrian Federal as the highest expression of horse training, where horse and rider are expected to perform from memory a series of predetermined movements.

Julio lives in Westminster with his wife, Jessica, and their three children.