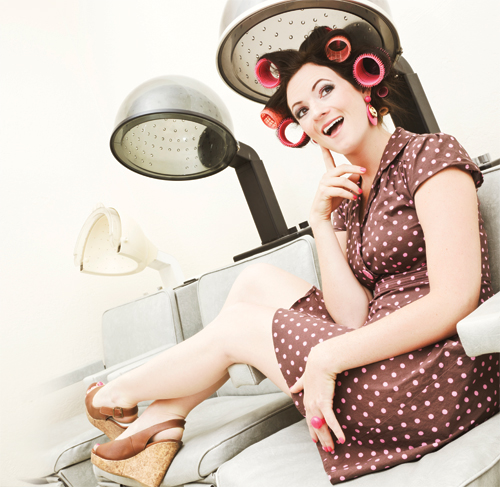 The waitlist for the book hit 209 in late August.

Well, jump off the waiting lists and visit the local hair salons where hot plots and talk about far-from-G-rated relationships unfold every day.

Teasing out tidbits of conversations they have with their clients, hairstylists can (and do) spin tales that engender the same “He didn’t!!??” “She did!!” reactions that Shades of Grey illicits.

She didn’t rent the beach house for the summer to get away from her husband.
She did.
He didn’t cheat on his wife and then cheat on the “other woman.”
He did.

“Rumors really fly in small towns like this,” said Tonya MacDonald, who works at Bladerunner in Westminster. “I’ve learned that you can’t respond to the first story; you have to be patient to get to the truth, and that sometimes takes several renditions.”

“Nothing is off limits,” when it comes to conversations between many clients and their hairstylists, said Tami Zentz, who recently retired after 30 years in the beauty salon business. “One client said he didn’t know what it was about the chair, but when his wife gets into it – it’s a conversational no-holds barred.”

Hairstylists hear about great marriages and marriages that tank; they know about who has sex and who wishes they could have it.

“It’s like a soap opera in here,” said one hairstylist who asked not to be named. “No one needs to turn pages of a book or turn on the TV. There’s drama in every salon, especially in the back rooms.”

She left him because of an affair on a cruise?
She did.
He didn’t really do that and have it kept off police records?
He did.

Be it breasts, hair or happy expressions – stylists say there’s a great deal of client chat about whose are real and whose are fake.

“I had a woman dash in wearing a hospital band and ask me to bleach her hair so that her husband wouldn’t discover that she wasn’t a real blonde,” said Sharon Gardner, who grew up in Carroll County and now owns Thomas’ in Glyndon.

The tales hairstylists spin are not all sordid or steamy. They share tales that make hearts swoon and hope float.

The seven-year-old gave her hair to Locks of Love?
She did.
After a 30-year friendship that involved way more than having her hair set, the client put her hairstylist in her will?
She did.

“I go for the total experience,” Finksburg resident Raini Ruby said about her patronage of The Spa at Roops Mill. “I’m more relaxed when I leave. Dawn is a great listener. She helps in the community and she has strong faith. We talk about that. I’ve been inspired to not be afraid; to get out and do things in life.”

She organized an event and raised thousands of dollars for cancer research?
She did.
Did she really just celebrate her 103rd birthday?
She did.

Hairstylists give fashion advice, dating and mating advice and tips about places to eat, drink or shop around town. From parenting to the perfect church, plastic surgery to prayer groups, they have offered advice.

“I wish I could take you home” is a statement they say they hear most often.

“Life’s an open book” in many salons, said MacDonald. “And that’s good. I think that after people have had a bad day or even a very good day, they just need to be heard.”

From Finksburg to Eldersburg, hairstylists are listening.

She didn’t really think the reference in the magazine story was not about her, did she?