Jack Tevis: Person of the Year 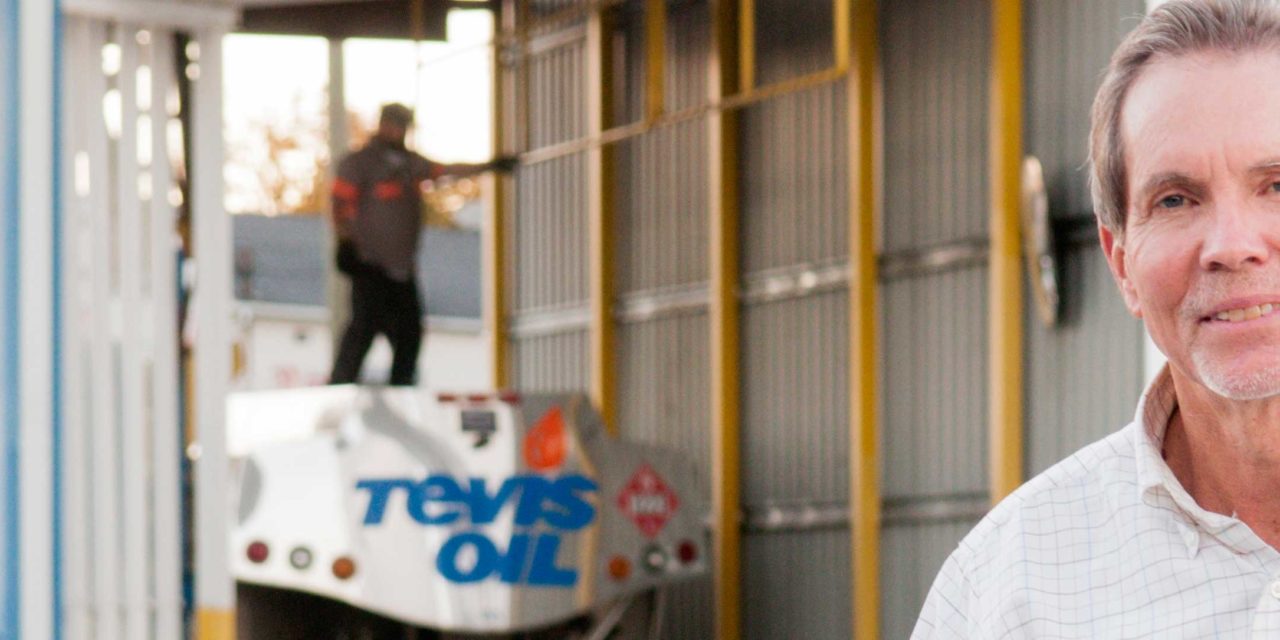 Shel Silverstein’s book titled The Giving Tree features a tree that gives freely of itself to better the life of another. The tree is selfless, the tree gives willingly and without hesitation, the tree finds joy in making someone else’s life better.

Jack Tevis has much in common with the Giving Tree. He has deep roots in the community – he was born and raised in Westminster. He has grown here both personally and professionally, expanding his business to include a host of different enterprises. He has spread his branches here – raising his family and supporting countless other families through generous and consistent philanthropic giving.

The scope of his generosity, with his time and resources, coupled with his visionary leadership, his compassion and humility propelled him to Carroll Magazine’s Person of the Year from a pool of incredible candidates.

“I know my children and many other future generations of Carroll Countians will benefit from the thousands of seeds Jack and his wife, Beth, are planting today in our community,” said Ellen Finnerty-Myers, vice president of corporate development and chief development officer for Carroll Hospital Center.

Residents may recognize the name because they have partnered with Jack Tevis in business. He took over the family business as a third-generation owner of S.H. Tevis & Son, Inc., which was founded in 1932. The business has grown to include a variety of enterprises such as Tevis Oil, Tevis Energy, Tevis Propane, Jiffy Mart, Modern Comfort Systems, Modern Comfort Security Systems and Tevis Real Estate.

Countless people have  worked with Tevis on one of his many philanthropic endeavors – raising money for the Carroll Hospital Center or the Boys and Girls Club or the ARC of Carroll County, to name a few.

Those who know him say he is quiet and humble (his daughter, Tory, would say bashful) and his preferred way to give of himself is to give without fanfare.

His reaction when he learned about being named Person of the Year mirrors his humility: “I’m not sure why they’re asking me to do this. There are so many other great people in this community that deserve this. There are lots of people I look up to and admire that do great community work that have given the rest of us something to aspire to and emulate.”

Jack, who, as a child, wanted to be a fireman and later a truck driver so he could travel and see the country, said that his commitment to giving developed over time. He said that having a business comes with a responsibility to make the community a better place.

“My feeling is that if you have a business in the community, you are a stakeholder in the overall wellbeing of the community,” Jack said. “We just feel it’s very important to support as much as we can the great nonprofits that are in our community that really contribute to the wonderful fabric of life in Carroll County.”

Jack said that he is committed to giving five percent of his businesses net to philanthropic causes, and sometimes that number doubles.

As important as it is for Tevis to give back to his community, he is equally committed to providing a positive work culture for those who work at his businesses.

“The better that a business serves its employees, the better its external customers will be served,” Jack said. “We all want to feel like we matter, that we have something to contribute, like we’re making a difference in that business.”

Tevis said treating employees well takes work and attention. It also means giving them “the freedom to fail” and allowing them the opportunity to do what they think is best without too much micromanaging from the top.

“I probably fail at that some,” Jack admitted. “I tell people I fail a little every day but for the most part I always allow people to have the freedom to do what they think is best.”

And giving his senior employees the freedom to do what they think is best has led to his company giving back to the community consistently and generously. A lot of the philanthropic work that gets done under the Tevis name really should be credited to the general managers that run the company’s different businesses, Tevis notes.  “They are the ones interacting with customers every day and deciding what causes to support and with which organizations to partner,” he adds.

“It feels good to have an organization where people are similarly focused on what good they can do,” Tevis said. “What comes first is profit, we’ve gotta make a profit, that’s the vitality of any business. But if you’ve achieved that, then it’s really gratifying if they’re able to take the next step and support nonprofits.”

“Family is first with Jack and he treats his employees as family,” said Lee Primm, a member of the hospital’s board of directors and its Center Foundation board.  “His love for his family is an important part of who he is. The county has bloomed as a result of his touch.”

As a successful local business owner and an avid philanthropist, Tevis spends a lot of time in the spotlight, which, according to his wife, isn’t his favorite place to be.

Jack’s wife, Beth, is an avid volunteer herself, a well-known face at the Boys and Girls Club of Westminster and at the Carroll Arts Council. The couple recently celebrated their 34th wedding anniversary. Beth said that her husband generally prefers to go unnoticed.

“Having the satisfaction of quietly helping with some of the things we’re able to do philanthropically, not the public part but the quiet part, when you know someone is benefiting or someone thanks you personally, I think that brings him a lot of satisfaction and joy,” Beth said.

Jack acknowledges that he’s quieter of the two, perhaps a little less outgoing in social situations than his wife.

“I’m quieter usually,” Jack said. “I say that she chirps which I find delightful because if I was with someone like me there might be a lot of dead air.”

Alan Sonnenleiter, vice president and chief financial officer for Tevis Oil, agreed that Jack does not give to get attention, quite the opposite in fact, he likes to avoid the attention.

“Jack has been a major contributor of both time and money to Carroll Hospital Center and the Boys and Girls Club, however, Jack has helped many individuals in tough situations that few people know about,” Sonnenleiter said.

In spite of his financial success, Jack Tevis is not concerned with material possessions, Sonnenleiter added.

“He once told me that if it weren’t for his wife, Beth, that he’d probably be living in a cave somewhere,” Sonnenleiter joked.

He is not without regrets. He said that perhaps when his children, Victoria “Tory” and Andrew “Dru”, were growing up, he liked work a little too much.

For Tory Tevis, a 2007 graduate of Wake Forest University and current resident of New York City while she earns her MBA,  some her favorite childhood memories include spending time with her dad. She recounts a trip to the Canadian Rockies when she was 11; she talks about a project she did in college that allowed her to gain a lot of insights about who her father is; she remembers going to the Oriole’s Opening Day together each year in elementary and middle school.

“One great thing about children is they force you to face the mirror,” Jack said. “They force you to look at who you are, what your deficits are and what you can do better.”

Jack said he’s had a pretty good life, and so his aspirations for the next 10 years include “doing more of the same.”

He said he wants to grow the business and travel more with his wife. Several years ago he and Beth took a sabbatical – a six week vacation in a small town in Tuscany, Italy. When they left for the trip, all they had arranged was an apartment they rented, a car they rented and plane tickets. The rest, he said, they figured out each day.

The couple envisions more sabbaticals in their future, in between times of compassionate giving around the community where they are rooted.

Jack Tevis, Person of the Year. The county’s giving tree.

“Being named Person of the Year is very well deserved and I am very proud and excited for him. He is so humble. He does so much for others and the community and truly doesn’t look for any accolades or recognition for it. He does it because he wants to.”

– Dru Tevis, New York University and Culinary School graduate who is working as a pastry chef at two restaurants in Rehobeth Beach

“He is dedicated to improving the health of the community and inspires others to do the same. As chair of the hospital’s Fulfilling the Promise Campaign from 2001-2003, Jack was vital to our success in raising more than $10 million. He also served on the most recent $23.3 million Campaign to Cure & Comfort, Always as chair of the pacesetter’s committee. With his pledge of $1,000,000 the hospital was able to open the Tevis Center for Wellness, a resource to help community members live healthier.”

“Jack has paraphrased an old Greek proverb on many occasions, ‘The true meaning of life is to plant trees under whose shade you do not expect to sit.’”