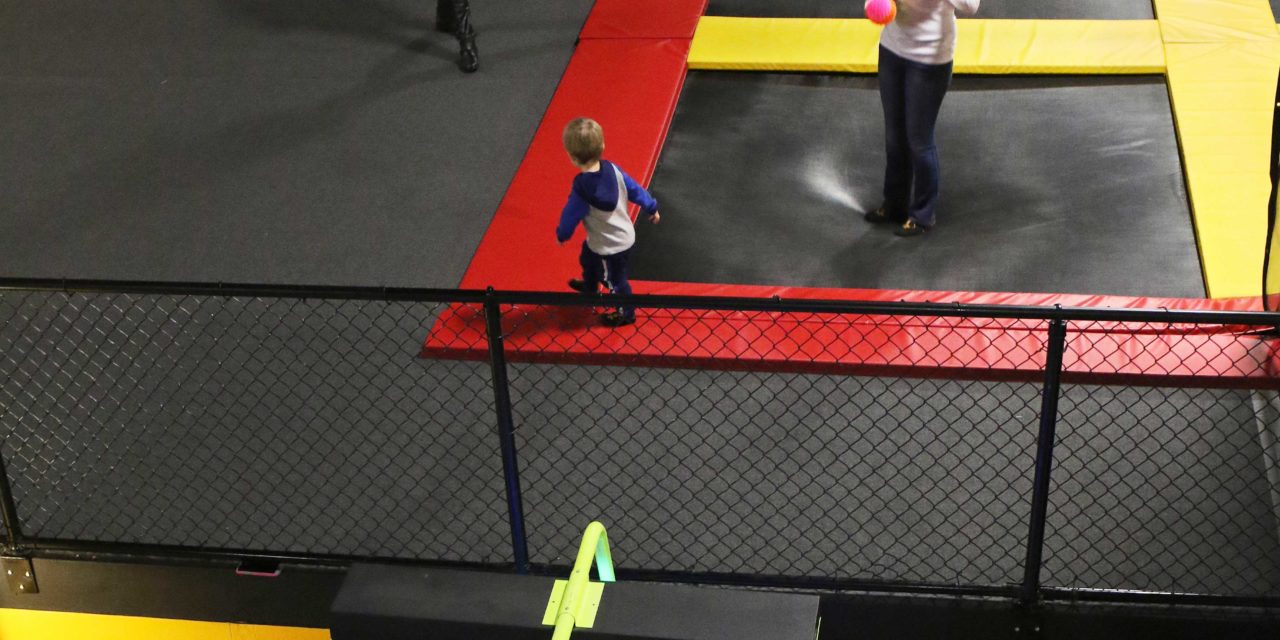 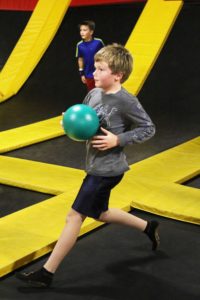 With unbounding enthusiasm, kids leap into the air only to have gravity pull them back to earth. Then surprisingly, they are airborne again, launched six … seven feet high with a shout of glee. Throw in some flips, splits, and other tricks and you have kids exercising without even realizing it.

Bryan Zuber decided to open Stratosphere Trampoline Park in Eldersburg because he had seen how much fun his children enjoyed a trip to a trampoline park in Delmar in 2012.

“I thought it was a great concept that I wanted to bring to Eldersburg,” Zuber said. “There was not much in the way in entertainment here, especially entertainment that involved physical activity.”

He opened the 22,000-square-foot Stratosphere Trampoline Park in May 2014. Since then, he has watched it become popular with children and adults alike.

Besides having one room that is wall-to-wall trampolines, the parks also has an area for trampoline dodgeball, an extreme bag jump, a tumble track, and an American Ninja Warrior course. 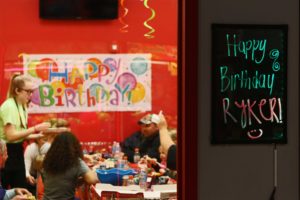 The birthday area at Stratosphere.

“We’ve had a few minor incidents like a stubbed toe or twisted ankle, but statistically, trampolines are safer than football, soccer, or lacrosse,” Zuber said.

Zuber is also a big believer in community involvement, particularly since he is a locally owned business competing against large trampoline park chains.

“I have the flexibility to add programs based on the uniqueness of my community,” he said. “The chain places don’t.”

For instance, he works with the local school PTAs to use the park for fundraisers for their schools. He also gives the Carroll County Public Library System about 12,000 discount coupons annually to use with their Battle of the Books program. Stratosphere even has programs for homeschool students who want a fun and unique way to get their physical activity.