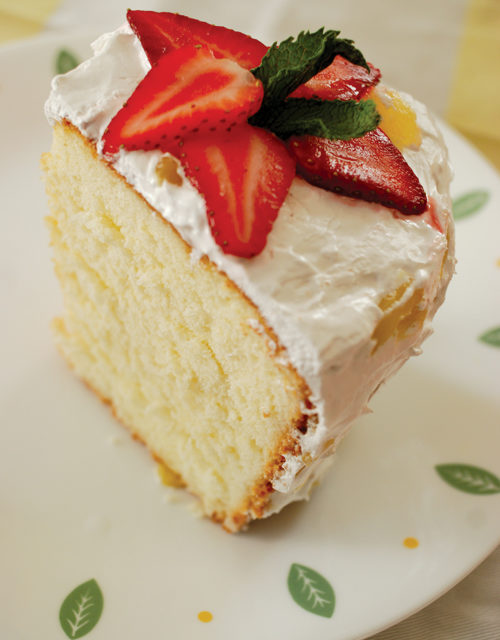 When we think about our childhood, one memory that we often conjure up is that of family mealtime.

“Dinner’s ready. Come inside,” our mothers may have called from the front porch.

For many of us, the anticipation of what Mom was cooking was enough to make us abandon our play long enough to gather around the table for a family meal.

We all have our favorite childhood dishes, many of which are family recipes that have been passed down through the generations. Many were written or typed on index cards. They are truly heirlooms, worthy of being preserved and shared.

In celebration of Mother’s Day, here are three heirloom recipes to prepare at home:

Make-ahead layered salads have been the salvation of harried cooks since the early 1970s. Vegetable-packed salads appeared as part of the health craze and have never gone out of style – and for good reason.

They are stress-tamers that are easily made the day before an event, and they lend themselves to improvisation. To get the best-looking layers, use a bowl that is taller than it is wide.

There was a time when, on Sundays, all the family gathered around a hearty dinner and no one had to wonder what was on the menu. Sometime in the 1960s, the ritual of the Sunday roast received a flavor boost, as this version demonstrates. We adapted the concept of using gingersnaps in the glaze for the meat from Irma Rombauer’s classic, The Joy of Cooking.

Chiffon cakes were the rage among cooks in the late 1940s. Harry Baker, a Los Angeles insurance agent, is credited with creating the first chiffon cake in 1927. But he kept the recipe under wraps for years. It was not until 1947, when Baker sold the cake recipe to General Mills, that the secret of the light, fluffy cake was revealed: The texture is achieved by beating the egg yolks separately from the egg whites and substituting vegetable oil for butter in the ingredients.