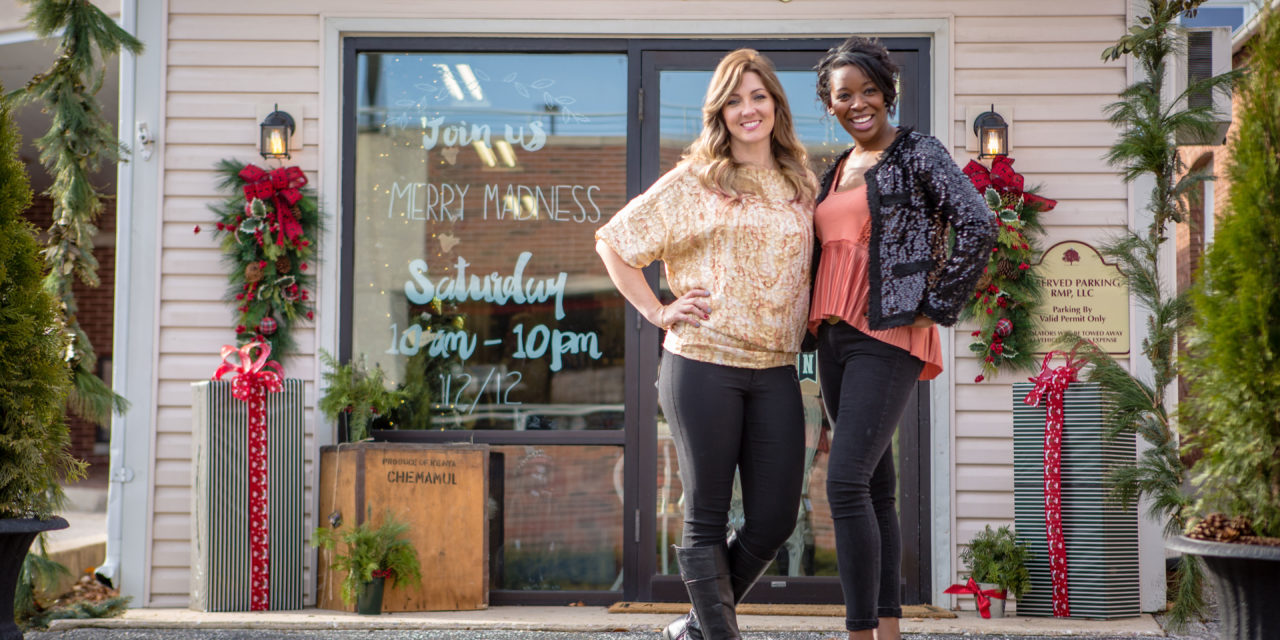 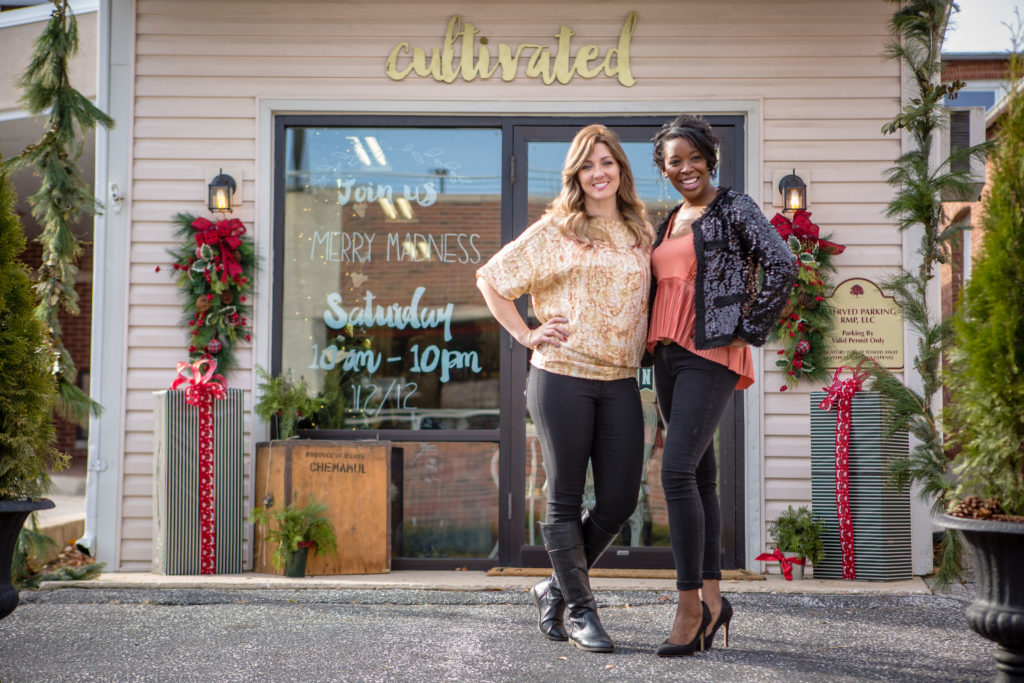 Local entrepreneurs are cashing in on a temporary retail trend that enables them to test the viability of their grand ideas.

Commonly called Pop Up Shops, this flash retail trend started in the early 1990’s in large urban areas with heavy foot traffic, like Tokyo, New York and London. They often pop up around holidays and special events like product launches and movie premiers.  For example, WIRED Magazine opens an electronic store around the holidays every winter in New York City; before its premier, Where the Wild Things Are set up a nest-themed store in Hollywood.

During the Halloween season, costume stores were some of the first Pop Up shops in Carroll County.

Now, pop ups have become a popular way for more entrepreneurs to sell goods and products without having to take on the traditional expenses and challenges of opening a brick and mortar shop front. 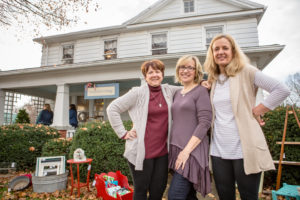 “I believe that interest in the pop up concept has surged in recent years, in tandem with the ‘shop local’ trend,” said Missie Wilcox, marketing consultant for the City of Westminster’s Main Street initiatives. “It’s a great way for a seasonal business to sell its products in its peak season, and for new businesses to try their concept in a less risky way.”

“If you can find a landlord ready to cut a deal on rent, then open up and give it a shot,” said Mike McMullin, Carroll County Chamber of Commerce President. “That’s all many entrepreneurs need – a shot.”

Several women in the Westminster area are creatively customizing the pop up shop idea and making it work on Main Street.

“The whole occasional sale thing has become very popular,” said Sharon Beaver, part owner of Elizabeth & Co. in Westminster. “It’s more of an event, people put it on their calendar and make a point of coming, it’s something we can build towards. We think the concept is perfect.”

The trio met as booster parents who liked to “organize things, work together and help others.” After their kids graduated, Beaver said they shopped together a lot, often taking day trips, and decided that even though they didn’t need stuff for their own homes, they still liked to explore and shop. So in 2009, the three hatched a plan to have occasional tag sales to sell the items they had found and refinished over a several month period. 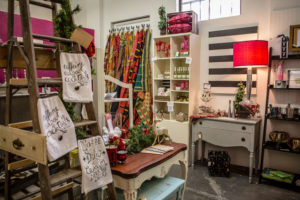 “The idea only works for us because my family has this house on Main Street that we can use, otherwise it would probably be too expensive for us to pay for a place to have the sales,” Beaver said.

The women had their first sale in the fall of 2010. They each spent months finding vintage furniture and décor and cleaning it up in their own homes and then they brought all the goods to the house on East Main Street where they invited friends and relatives to shop for one weekend. It was a smashing success and the three women were inspired to offer three tag sales in 2011.

They now have six sales a year and, according to Beaver, have built a lovely community of people who come regularly to get ideas and socialize and purchase new pieces.

“We make the sales homey and comfortable, there is always music playing and cookies on the table,” Beaver said. “I think we’re proud of the community we’ve built here and we love that it’s recycling and reusing, we literally pick things up off the side of the road and have people call us when they are cleaning out their parents’ house. People feel better that their stuff is going somewhere, it will find a new home.”

Beaver said that although there is a profit, that they do it because they love it. It is not their primary source of income and they don’t rely on it to pay the bills. She said when they decide it isn’t fun anymore, then they will stop doing it. 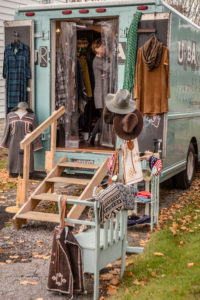 “It makes people happy, it makes us happy, and it’s fun,” Beaver said.

Just this fall, on the other end of Main Street, two young women opened Cultivated, a décor, apparel and gifts shop that is only open the first two weekends of the month. Although Kimberly Brooke Green and Tiombe Paige have invested in a store front on Winters Street facing the Longwell Street parking garage, they are still harnessing the pop up shop idea with having select days a month that they are open.

“We initially talked about having a couple pop up shops over the summer, but realized we wanted a dedicated retail space that people can return to,” Brooke Green said. “Part of being open the first two weekends of the month is creating a sense of urgency that the inventory will only be available for a brief period. Our merchandise will change regularly as we bring in new inventory.”

Paige added that having the less frequent retail commitment allows the two women to remain true to their other business ventures – Brooke Green has a photography business and Paige is an event planner.

“A lot of new businesses fail because they stretch themselves too thin, this was our way of testing our business theory,” Paige said. “We’re testing some products to find out what works with our clientele and what doesn’t and we continue to explore what customers want as opposed to what they’re willing to buy.”

Cultivated has invested in a store front, whereas many pop up shops do not have a permanent location. But the owners believe that sometimes the costs of marketing and getting customers to the pop up event can negate the financial benefits of being temporary. They said they believe that the customer base and loyalty they are building, make the financial commitment to a lease worth it. They still consider what they are doing as pop up retail.

“We embrace the idea of urgency in pop up retail,” Brooke Green said. “If you don’t buy that item during the sale, it may not be available again. We have many unique items in small quantities.”

Unlike Beaver’s Elizabeth & Co., Brooke Green and Paige are interested in growing Cultivated into a shop that is open regularly and maybe eventually with a larger store front. The two women say they are motivated to help revitalize the downtown Main Street area and believe that thinking outside the box and paying attention to what the customers want – in terms of when they are open, what merchandise they carry and other services they offer – is the way for shops to make downtown vibrant and busy.

It’s not just creative business owners who see the value in pop up shops. According to Wilcox, towns and cities are also seeing the value and understanding that a temporary retail space could evolve into a permanent business.

“There is a large demand for pop up space, and we’ve been trying to find a location to house one,” Wilcox said. “The City of Westminster works with the Community Preservation and Stewardship Corporation (CPSC) to attract retailers and restaurants to incubate new and expanding business concepts.”

Wilcox said her dream is to have a permanent space in town for rotating pop ups – which could potentially become permanent, successful downtown businesses, which McMullin adds is good for the overall economy.