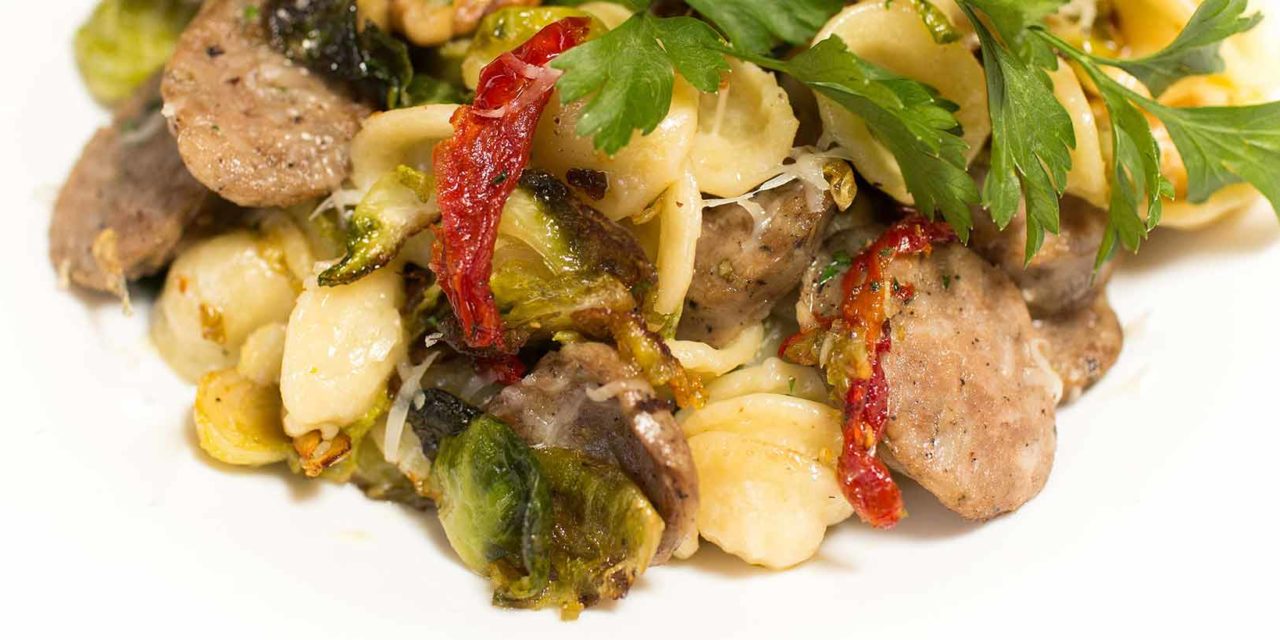 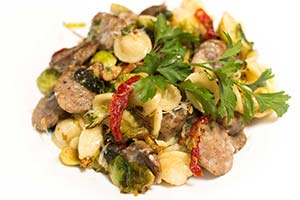 When we hear the term classics, we usually think of classic works of literature, music and decor. For more than two decades, Paradiso Ristorante has been the place for classics — classic Italian dishes. Beyond the place settings, though, one also finds the classics interwoven in the story of this downtown Westminster dining establishment.

Owner Salvatore (Sal) Romeo reflects on 1992, the year he opened his first version of Paradiso in Westminster. With only 1,900 square feet of space to its name, Paradiso quickly gained a customer following and outgrew its space. Romeo’s attention soon turned to a brick building occupying the site of the former Sherwood Distillery.

“The building was abandoned for many years,” he said of his decision to target the property as the site for an expanded Paradiso. Following a successful bid on the building through a county auction, Romeo said he spent close to two years renovating the historic brick structure before moving the restaurant to its current location in 1998. 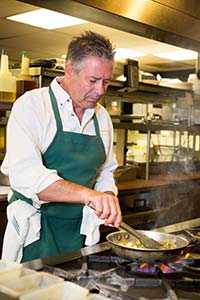 Owner Sal Romeo takes inspirations for his specials from many places and creates a seasonal specialties to diversify his creative menu.

Classics and New Infusions of Cuisine

Purists of Italian cuisine have long appreciated Paradiso’s celebration of classic Italian dishes. Think spaghetti Bolognese, tortellini, lasagna and manicotti. But it’s the infusion of dishes from new cuisines into Paradiso’s kitchen that Romeo says has diversified the menu offerings.

Jamaican jerk chicken, reubens, and barbecue are some of the specials that Romeo and his kitchen team work to prepare for his customers’ palates. Seasonal specialties at this time of year include butternut squash risotto and salmon wrapped in prosciutto and served with a pastry cream sauce.

Romeo said he’s conscious of dietary considerations among his customers. “We created a gluten-free menu that people have taken advantage of. We do our best to pay attention to what our customers are asking.”

Inspiration for his specials comes from many places. “I buy cookbooks; I subscribe to six or seven different food magazines. My wife and I try all restaurants to see how some dishes are prepared. … I just like to cook and eat,” he said. “I love going to different countries, and I don’t discriminate against any cuisine.

“I don’t even know how many different specials we’ve done over the years, but a few stick out.” Romeo identifies favorites such as veal osso bucco, crab cakes and a seafood manicotti stuffed with jumbo lump crabmeat, scallops, shrimp, ricotta cheese and an Old Bay sauce.

In the photograph on page 72, Romeo showcases a comforting late autumn-inspired dish of Brussels sprouts mixed with orecchiette pasta, sausage, walnuts and sun-dried tomato, and topped with extra-virgin olive oil and Parmesan cheese. 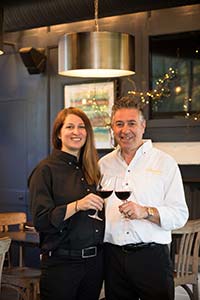 Candace and Sal Romeo have created an elegant environment for their customers to create memories with their family and friends.

Just as the Paradiso menu upholds a conscious blend of classics and infusions of new tastes, so too does the dining infrastructure that greets guests.

You’ll find longtime Paradiso patrons clustered around a bar that, while small, serves as a lively gathering place. Upstairs, Romeo points to what he describes as a high-top, farm table dining space with seating for up to 10 people. A private banquet room area makes an ideal gathering area for guests between 15 and 50 people.

Additionally, a special display area highlights wine selections that Romeo curates from across the country and the world. “We have many wines here from California, Italy, France, Spain, Chile and Argentina. My wife and I try to feature wines from places we like when we’re traveling,” he said.

The More Things Change, The More They Remain the Same

As he looks back at the last 25 years of serving Westminster, Romeo notes that the city, like Paradiso, has witnessed its own changes while still continuing to cultivate an attractive community for both residents and visitors. “I definitely see people shopping downtown more. The city has done more than ever in the last decade to help take care of sidewalks, parking and law enforcement. We have more of a variety of businesses, but we could always use more.”

When asked to consider what the future could be like for Paradiso, Romeo said that special events, particularly wine-pairing dining experiences, are one area of interest that he’s currently exploring.

Indeed, food and drink have been the unifying elements that have brought people together at Paradiso over the decades. But Romeo seeks to add another historical element to his story.

“What I’m trying to create are memories for people. After 25 years, I have customers who may have met one another here on their first date or got engaged here. Now they’re coming with their spouses and children. A gentleman who visited us at our old location remembers coming in when he was 60; he’s still coming to us now that he’s 80.“

“The connection is those memories they create over the years of dining with us, and a lot of the memories go back to a dish they had here. It’s a way of reconnecting with us.” 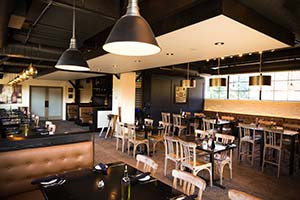 According to Sal Romeo, the former Sherwood distillery building housing Paradiso is the only building of its type in Maryland that bears a German-style design. When renovating the structure that’s close to 100 years old, Romeo said he kept the building’s original design elements intact — the same size windows and the original brickwork.

Constructed during World War II as a dryer house, an area for recovering cattle feed from mash used in whiskey production at the distillery, the Glass House survives as an excellent example of adaptive repurposing. “The building is unique with a lot of natural light coming in. We kept the shell and redesigned everything inside,” Romeo said.