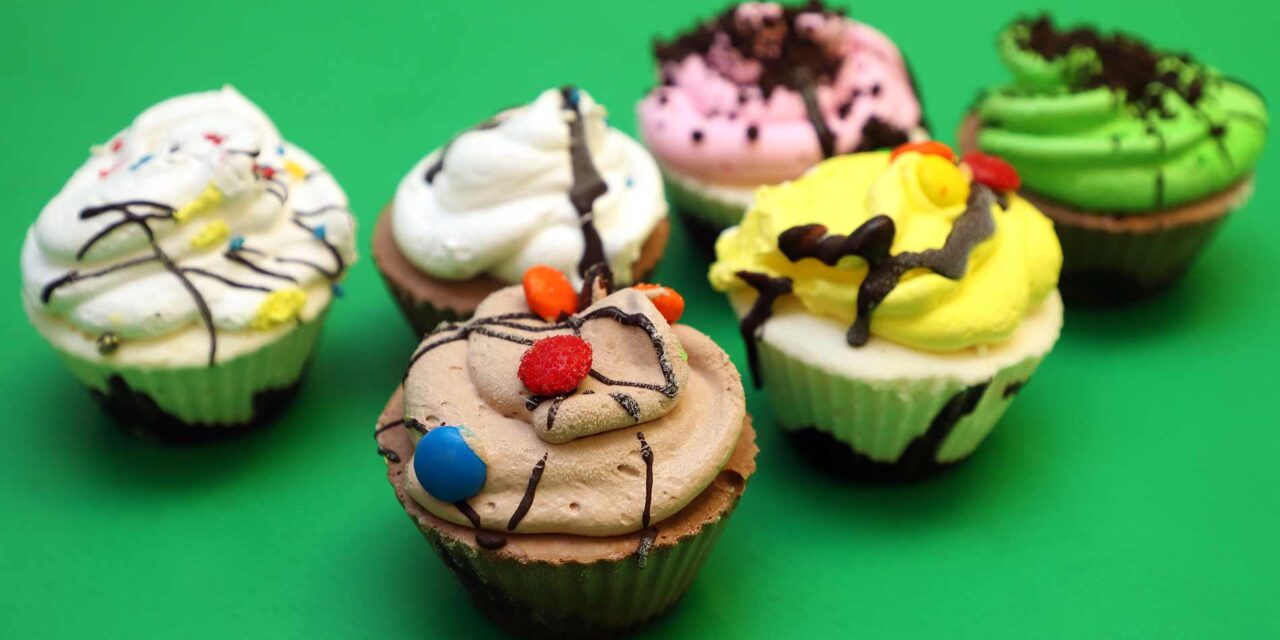 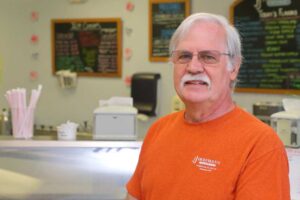 It takes only 15 minutes to make a five-gallon batch of ice cream at JJ Hoffman’s Creamery in Hampstead. These 15 minutes are all that’s needed to bring on the fun for adults and children seeking a cool treat on a hot summer day.

Celebrating its 10th anniversary this year, JJ Hoffman’s Creamery carries on the tradition of putting smiles on the faces of Carroll Countians. Owner Jefff Hoffman (who spells his first name with three f’s) hails from the Hoffman family of Hoffman’s Home Made Ice Cream in Westminster (see page 68). His grandfather started the business in 1947; his dad and brother took over in the 1950s. Hoffman and his two sisters assumed ownership of the family enterprise during the late 1990s.

Hoffman said he originally opened JJ Hoffman’s Creamery in Finksburg in 2011 but relocated the ice cream shop to Hampstead in 2016. 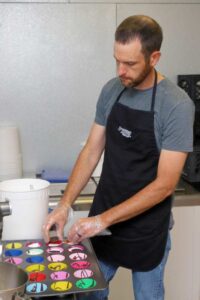 For adults who can recall the soda fountains of yesteryear, JJ Hoffman’s Creamery recreates a part of this experience for customers. When you walk into the creamery, you can get your ice cream placed in a cone or cup, blended in a milkshake, served as a sundae or banana split, or incorporated into an ice cream float or soda.

The creamery’s appeal, Hoffman said, lies in the 32 ice cream flavor varieties the creamery serves. “At this time of year, our fruit flavors are most popular,” he said, “strawberry, peach, black raspberry and cherry. Sometimes we do a lemon sorbet or orange sherbet.” During the holiday season, it’s peppermint and rum raisin.

If you have a penchant for pies, you’ll love JJ Hoffman’s cherry pie and key lime flavors in its ice cream. “The cherry pie has maraschino cherries and pieces of pie crust in it. The key lime uses lime in place of the cherries,” he said. 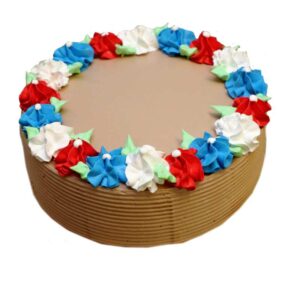 But what’s the top flavor pick among customers? “It would have to be mint chocolate chip,” Hoffman said. “Adults like the flavors of the mint and chocolate chip, and kids like it because it’s green.” Cotton candy also remains a popular choice with the younger crowd.

If you want to take some ice cream home with you, you can purchase pints or half-gallons of your favorite flavors. Other ice cream confections include ice cream sandwiches and the JJ Crunchers (aka ice cream on a stick). If you need an extraordinary dessert for a special occasion, JJ Hoffman’s Creamery can create decorated ice cream cakes to suit your needs.

“We see lots of new faces coming in all the time, and most of them say they discovered us through a friend or word of mouth,” he said. 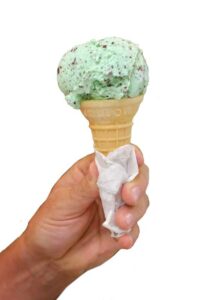 “Hampstead has a strong sense of community. We think making ice cream is a fun business to be in.”

Fun fact: Did you know that JJ Hoffman’s Creamery makes between 50 to 100 gallons of ice cream every day? That’s a lot of scoops to fill!