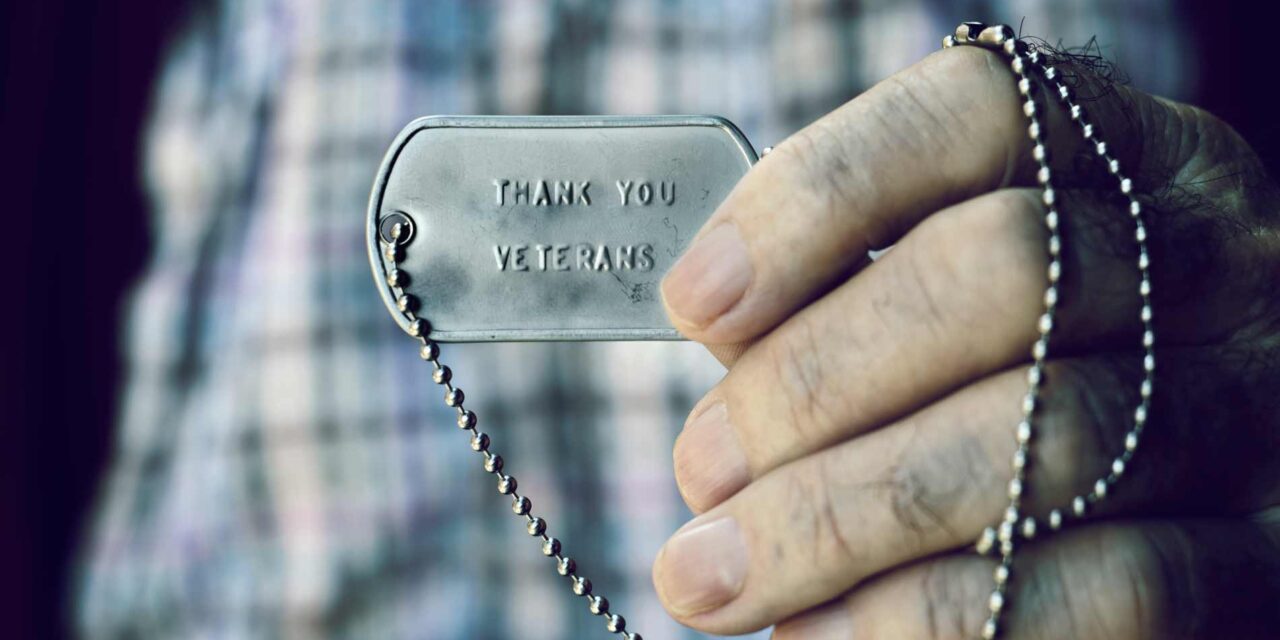 Veterans Day, observed on Nov. 11, is a day to celebrate and honor America’s veterans for their patriotism, sacrifice and willingness to serve. According to the Census, as of 2018, there were more than 11,000 veterans living in Carroll County. While it’s important to honor veterans every day with an acknowledgement of their service and other kind gestures, Veterans Day provides a great opportunity to do a little more. Consider volunteering at or making a donation to a local organization that supports veterans, including local American Legions and VFWs. There are also regional and national organizations, including Disabled American Veterans (www.dav.org) and the Wounded Warriors Project (www.woundedwarriorproject.org). For a list of other veterans support organizations, visit www.defense.gov/resources/veteran-support-organizations. To get information about local veterans services, visit www.carrollcountymd.gov.

We want to share the faces and voices of some of our local veterans. We asked them to share a bit of their story, including lessons they learned while serving in the military and how they would like to see people observe Veterans Day. Keep them and their comrades in mind as you celebrate the federal holiday on Nov. 11. 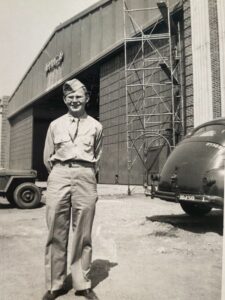 I was working at the Dundalk Marine Terminal and joined the Air Force. When Korea broke out, they activated me and transferred me to the Army. I went to Korea as an armor and as a sniper. I was there a little over year before sustaining an injury.

I learned that you have to look out for yourself and try and help the people around you if they’re inexperienced. We used to go out on patrols, and we’d have a new second lieutenant, and he’d try to tell us how to do things because we were “just soldiers,” and we’d have to tell them, “If you want to come back from this mission, you’ll listen to what we tell you. Until you get the experience, we’ll respect your rank, but don’t tell us to do things that we know we’re going to die from.” You have to be frank and brutal when it comes to war. 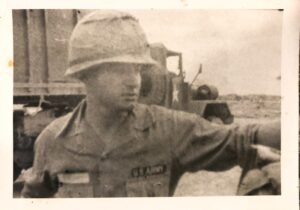 Two years after graduating from high school, I decided to volunteer for the draft and to get my service over with. My two brothers were already in the Army. I had basic training at Fort Gordon, in Georgia. Then I was shipped to Hawaii for the medical training, at Scofield Barracks, 25th Medical Co. A. 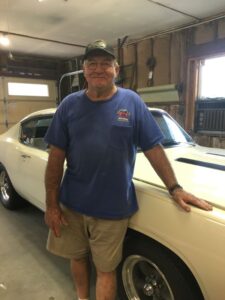 In January of 1966, I was sent to Vietnam with A. Co. Our job was to operate the hospital at Base Camp. When an infantry went out on a search-and-destroy operation, we set up a forward medical station for dead and wounded soldiers. At the forward medical station, we attended to wounded soldiers with treatments, or [carried] them on to the hospital.

I found out that the Americans really pulled together fighting in the war out of our country. Soldiers that I fought with became lifelong friends. I feel fighting in Vietnam was a waste of American lives.

When I returned, I got a job at General Motors Assembly plant in Baltimore, for 33 years. I am retired and enjoy restoring muscle cars and making antique wind mill planes. I think Veterans Day is well celebrated and Vietnam veterans are well recognized now. 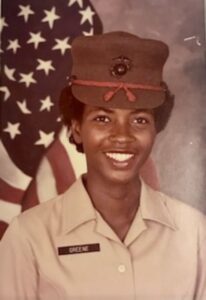 I enjoy spending my time as an author and artisan. I currently have an online business called Sweetpolly’s Creations, where I sell my handcrafted kids and baby products, including books I’ve authored. Believe it or not, I was given the name Sweetpolly by some of the soldiers in my unit. It is the only time I ever had a nickname, and it stuck with me. I have recently self-published two children’s books (Do Bears Eat Pancakes? and Miranda and the Lost Shoe); both of which were written while I was in the military. I also have an adult novella coming out by the end of the year titled Patent Leather Pumps, and a new children’s book coming out early 2021 titled Your Mama Wears Combat Boots. 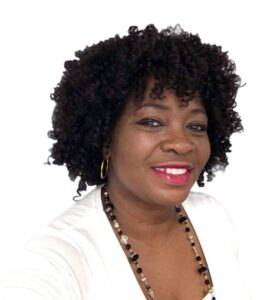 One of the hardest things I’ve ever done was transitioning out of the military. As I have told others moving into civilian life: You are not alone, and I promise you it will be OK. Take advantage of the resources that are here in Carroll County, like Veteran Services Representatives and employment assistance specifically for veterans at the Business Employment and Resource Center (BERC). Join one of the veteran support groups on Facebook. Above all else, continue to be a service to others.

If you are looking for a way to honor a veteran this year, commit to sending a handwritten note to a veteran in the hospital or in a nursing home. You don’t even have to put a name on it; just address it to a veteran. This is a project you can do with your kids. There is no greater honor than to know that you have not been forgotten. 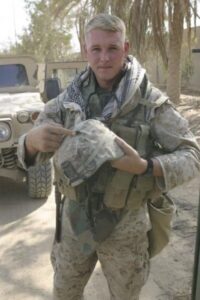 My brother, a Marine Huey helicopter pilot, was killed in a crash in 2004. I was activated a few months later to deploy to Fallujah. I ended up going back-to-back tours, with the last tour being an extension. When I came home the last time in 2007, I was physically and emotionally exhausted, but I learned to never allow myself to stop moving … always move forward. I never looked back. When I came home, I went right back to work, got married, started a family and kept myself fully involved in life. My wife and I have built a family and a small farm. The same principles that kept you alive in combat will keep you alive and successful in life. Continue making yourself hard to kill … stay resilient.

It’s important to me to see that young children understand and know their local veteran community. I think it’s very important that children hear the experiences of veterans from those veterans in their own words. Any youngster considering a future in the Armed Forces should seek out the advice of veterans and listen to their experiences. 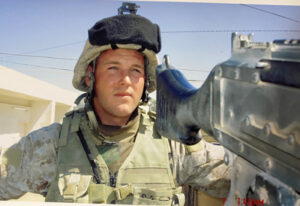 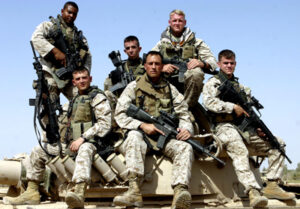 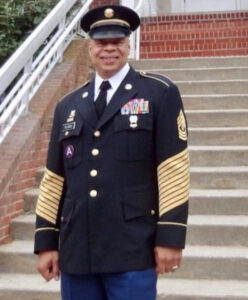 The No. 1 military life lesson I took away, among many, is being in a diverse environment (in the Army and serving overseas) has taught me how to work with other people. It made me a more aware and a more well-rounded person. It taught me how to challenge the views I was accustomed to. Diversity is a force multiplier. Being Latino myself, I have felt the sting of racism, and know how that can make one feel. This is an area that we as Americans need to work on. A few other skill sets that I have acquired which have all served me now: leadership, discipline, decision-making and resourcefulness skills, which I use every day to accomplish my missions. Every day I wake up with a purpose and highly motivated to engage the day.

On Veterans Day it the norm to say thank you. Acknowledge their sacrifice, teach your children what it means to serve and what selfless service is, but let’s go beyond that. You can help by knowing where your local American Legion and Veterans of Foreign Wars (VFW) organizations are and what they do. Know what services are in your community, like the veteran services program of Carroll County, so that you let veterans know this information. You can also support those organizations that help veterans and their families.

You can also volunteer with many of these organizations and make a difference in a veteran’s life. I will leave you with this: We enjoy our freedoms today because of those who came before me. Our flag does not fly because the wind moves it. It flies with the last breath of each soldier who died protecting it. 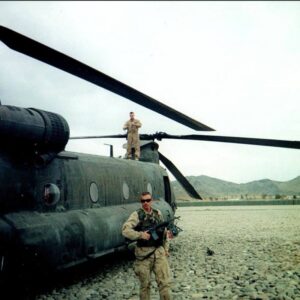 I look forward to graduating from McDaniel College in May 2021 with a Bachelor’s in social work, heading directly into grad school at University of Maryland for a Master’s in social work in order to work for the VA, combining both my experience as a soldier and the education from my degrees to help combat current crises that are plaguing our veteran community. (All thanks to the GI Bill, an incredible benefit.) 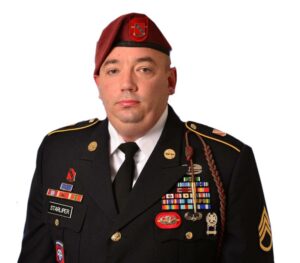 Some of the greatest life lessons that I have learned from my time in service are time management, resiliency, camaraderie, selfless service, integrity, and most importantly, leadership. These lessons have set me up to be in a fantastic place right now as I venture off into my second career.

Should I ever get a chance to explain how a veteran would like to see Veterans Day celebrated, I’d simply have to say: Honor their sacrifice. Not so much the veterans still here, but the ones that didn’t make it home. Safeguard your freedoms above all, never take them for granted, and live a life that’s worth the sacrifice men and women far better than me secured for me and all of us.