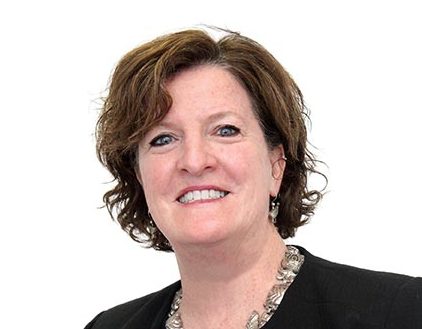 It is very rare that I write for Carroll Magazine without thinking about Sherwood Kohn. He hired me as a reporter, trusted me as an associate editor and then left me the honor of leading the magazine team when he retired

After years of his expert mentorship, hearty debates about what should and shouldn’t go into the magazine, and mutual appreciation and growth from our differences, I have missed him since he retired. I miss him even more now (See In Memoriam, page 11).

I still see this magazine through his eyes. I can’t bring his intellect and his heart to it, but I bring my own with his in mind.

Sherwood loved writing the Editor’s Note. He took it as seriously as I do, yet never missed a sarcastic or humorous beat when appropriate.

To determine the topic for each of his notes, he often found inspiration from the hardest-hitting story within the magazine issue.

I tend to use the same tactic.

Sylvia Blair’s comprehensive story about the opioid epidemic will hopefully serve as a call to action for all of us.

Whether it is heroin, synthetic oxycodone, fentanyl or some of the commonly abused opioids, Epidemic isn’t alarming enough. Being alarmed is not a strong enough emotion to help the growing number of addicts in our county, our neighborhoods, our workplace, and our homes.

Based on population and death rates from overdoses, Carroll County has the third-highest overdose rate in the state, Blair’s story reveals. In January 2017, the health department learned about seven local overdoses in one morning, which underscores the magnitude of the problem.

We need to be alarmed, educated, afraid and even angry enough to join the valiant, collaborative efforts unfolding to turn the tide on this one.

We need to be aware that when our children, our parents, our friends, or any other significant people in our lives receive prescriptions for pain relief after surgery or an injury or for chronic pain, those accepted prescriptions are often the gateway to an addiction that quickly morphs to uglier drugs like heroin.

They may receive a prescription for 20 pills that can be renewed, but they should not take every pill if the pain can be alleviated via other non-addictive ways.

Unlike other epidemics that have killed or seriously harmed millions – severe acute respiratory syndrome (SARS), smallpox, Zika, influenza, Ebola, and HIV /AIDS, to name a few – the cure for opioid addition is immune to vaccines and pills. It is not curbed by quarantines.

The cure requires the holistic, hard-hitting, compassionate and consistent programs that are unfolding around our county. It may be hard to recognize now, but the efforts are working.

According to www.rehab-international.org, the success of rehabilitation from heroin abuse is on the rise. In fact, most centers boast impressive success rates of up to 70%.

Heartfelt thanks to the individuals and organizations that ramp up all rehabilitation efforts. Our challenge is getting addicts to the programs that work. Our challenge is having enough hope as addicts relapse to help them again, and again and again.

Carroll County is the kind of community that has the resources, the resilience – the hope – to turn the tide on opioid’s addictive hell.