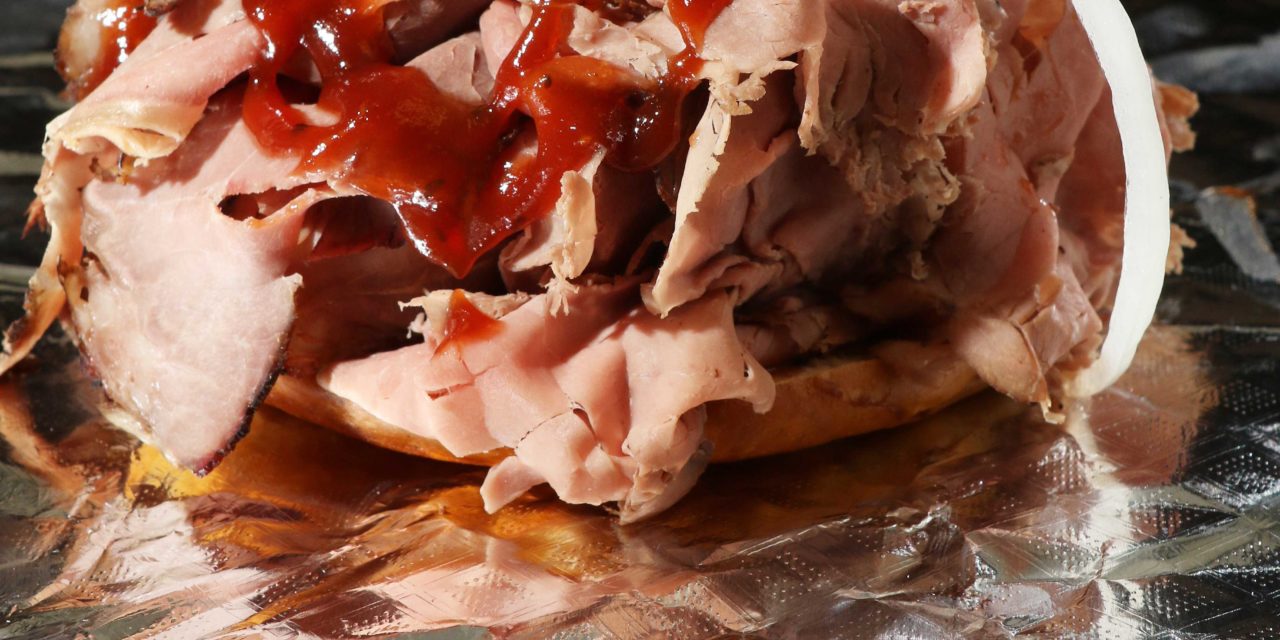 What better way to chase away the chill of winter than with some zesty barbeque? No matter where you live in the county, you can find a great place to warm yourself from the inside out with slow cooked and great tasting barbeque.

So what is it that makes great barbeque? Is it the meat? How it is cooked? The topping sauces? The combination of those three things are what gives each cook’s barbeque its unique taste that leaves customers wanting more.

You don’t even have to come to the restaurant if you want to enjoy the unique flavors from one of these restaurants. They all offer catering for events. So the next time you’re looking for great-tasting barbeque, there’s no need to go out of the county or even out of your workplace. Have it brought to you! 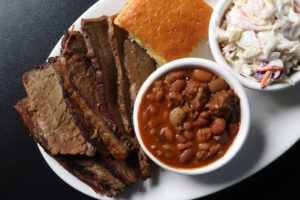 Lone Star Barbeque is a family restaurant that has been serving up tasty barbeque for four years. You can get baby back ribs, brisket, pit beef, pit ham, pulled pork, and chicken. Owners Bill Schaeffer and Rob Pusateri smoke the meats overnight with hickory, oak, and cherry wood.

Schaeffer said that the restaurant has become known for its blackberry habanero sauce and its signature dish called the Squealing Bull, which includes pork, coleslaw, cornbread and fries. 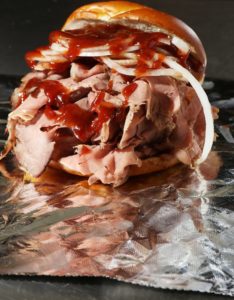 Bolen’s Bull Pen, owned by Dave and Lisa Bolen, is a small family restaurant  that has been in Sykesville for 15 years. Not only can customers get delicious ribs and barbeque but Bolen’s offers a full breakfast menu that includes omelettes and creamed chipped beef. Bolen’s uses fresh meats cooked over an open pit that is fired by hardwood charcoal. 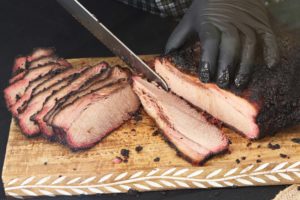 Currently, Char’d Barbeque in Upperco is a seasonal restaurant so you will have to wait until spring to try out their barbeque cooked over a wood and charcoal fire.

“I think the rustic way of doing things makes a big difference in the flavor of our barbeque,” owner Richard Korman said.

They prepare their meats Texas style with a bit of influence from Kansas City and Memphis coming through.

The restaurant is open from mid-April to Halloween. 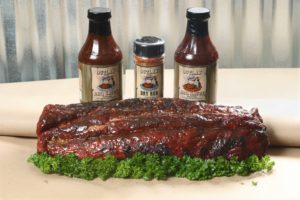 Outlaw BBQ Smokehouse may not look like a typical BBQ place because part of it is a retail operation that sells BBQ sauces, rubs, gloves, wood chips, and accessories to turn your own home-cooked BBQ into something special.

“We have carryout barbeque, and it’s becoming a larger and larger part of our business,” said owner Leah Rogers.

Their popular barbeque uses family recipes and is prepared on site and made from scratch. 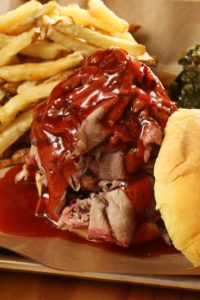 Pig’n a Poke has been cooking up barbeque, pit beef, ham, and turkey for more than 20 years. The meats are smoked at the restaurant, and the sides are made fresh. Besides barbeque, you can also get other items like salad, hamburgers, burritos, and crab cakes

Although the restaurant is currently BYOB, it is expecting to be able to offer beer, wine and liquor onsite soon.

“Our signature black raspberry sauce has won national awards,” say Carterque owner Jay Johnson. He has won two dozen awards for his sauces and barbeque dating back to 2002.

Carterque has been smoking meats in Mt. Airy for 10 years. Not only are the meats smoked locally, but also the side dishes are made from scratch. The restaurant even has its own beer called Carterque Brew as well as other beers and wines.

Johnson said that Carterque uses a variety of cooking styles, such as Carolina pork, Texas brisket, and St. Louis ribs. However, the most-popular items on the menu is the barbeque egg rolls. 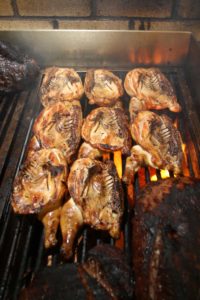 Smoky’s Barbeque is a community staple. Some of the employees have been working there since they were 14. For a barbeque restaurant to last so long, owner Stephen Taylor and his crew must be doing something right.

“I’ve been told that our pit beef is very tender,” Taylor said, and when it is cooked with either the hot, mild, or honey hickory sauces, it is a tasty meal.

Smoky’s is also very community oriented. From sponsoring sports teams to having a local artist paint local scenes that adorn the walls of the restaurant, Smoky’s is all about being part of the community.