A Bird’s-Eye View Of Carroll County 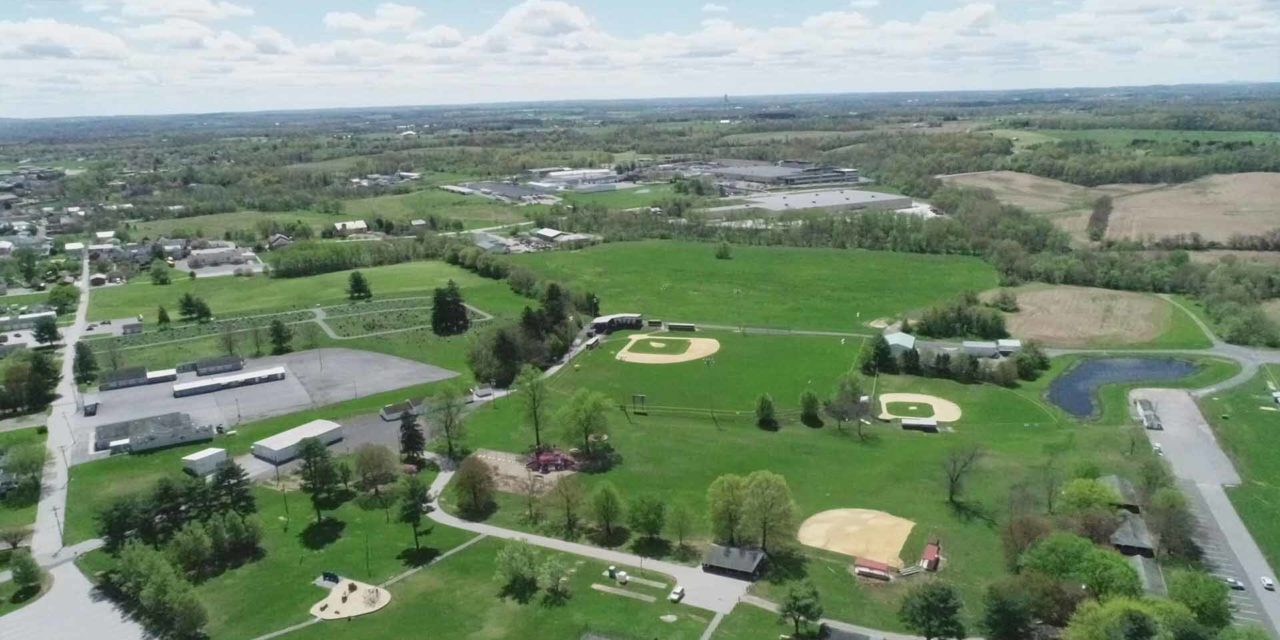 Above: An aerial drone shot of the Taneytown countryside taken by John Hale.

The Maryland Department of Natural Resources suspected that someone was hunting using illegal baiting in Morgan Run Park. Rangers found empty corn bags, but they just couldn’t catch the hunter.

Park officials asked the Carroll County Sheriff’s Office for help. In particular, they asked the department’s drone unit for help. The unit, which was formed in 2017, includes four drones and five registered pilots who use drones for searches. Drones are unmanned aerial systems, according to Chet Andes, who runs the drone pilot training program at Carroll Community College. Drones are flying computers capable of gathering images, video, and data.

Drones equipped with video cameras flew over the state lands while the pilots examined the area from a bird’s-eye view. They spotted piles of corn and hunting blinds, and using this information, the Maryland Department of Natural Resources Police were able to make arrests.

“From the road, you wouldn’t have been able to see those things, but from the air, you could,” said Lt. Chris Orwig with the Carroll County Sheriff’s Office.

Drones are the fastest-growing segment of the aviation industry. They are used to capture crowds at live events so officials can to get an accurate size estimate. They are used to search flooded areas for survivors without endangering additional lives. They can deliver items quickly without drastically increasing delivery costs for companies. They can create dramatic video for commercials and movies without using cost-prohibitive equipment.

Rules of the Air

Dave Sotiros owns Agent Aerials and Aerial Production Services, two companies that are built on using drones to survey pipelines and cell towers, among other applications. He also serves as an advisor for the drone program at Carroll Community College.

“A drone can help detect corrosion or drilling fluid spilling into the environment,” Sotiros said. His companies operate in 35 states so he has seen many companies finding different uses for drones.

“In the coming years, I think drones will be applied to more industries across the board,” Sotiros said.

One thing that expands drone usage is the type of equipment fitted to it, such as a camera, thermal imager, infrared sensor, or a hyperspectral sensor.

“A plethora of sensors can be put on a drone to capture data, such as the stress level of plants and changes in ground contour,” Sotiros said.
John Hale, a Taneytown Realtor, started flying drones as a hobby but eventually found it useful in his work. Agents and their clients enjoy the dramatic views that drone photography offers, particularly with properties that have ample acreage.

“You can show the property features and proximity to both desirable from undesirable things,” Hale said.

The largest percentage of work that the Sheriff’s Office Drone Unit does is crash scene photography. Accidents photographed from the air can help investigator see things that can go unnoticed on the ground.

The drones also get called upon to help locate missing hikers and children.

“By putting the drones in the car with the officers, we have quicker response times when they are needed,” said Orwig. When such calls come in, the pilots are already out and about in the county, and chances are that one or more of them will be close to the call.

Orwig said the sheriff’s office does not use drones to establish probable cause in a criminal case unless they already have a warrant. They also adhere to the rules set by the Federal Aviation Administration for drone usage. Their drones fly no higher than 400 feet and travel no faster than 100 mph. Orwig said the sheriff’s office drones fly much slower, from 6 to 23 mph, so that the pilot can accurately assess what he is seeing on his control screen. The sheriff’s office also always works with a visual observer who watches the drone so the pilot can watch the control screen and not miss anything.

Other agencies have been known to ask for the drone unit’s help. A drone photographed the Mt. Airy tornado’s path last year for the National Weather Service. The State Highway Administration asked that a drone photograph an intersection that it was considering widening to better accommodate turning school buses.

Between the sheriff’s office and other agencies, the drone unit is flying an average of one to two times a week.

The sheriff’s office has also found using drones to be a money saver. Although the drones cost thousands of dollars, it is a one-time cost.

Fire and rescue departments have used drones to photograph accident and fire scenes, although they are one agency that hasn’t asked for help from drone unit. However, some departments have found drones useful because they can navigate indoors or through tricky spaces to help firefighters evaluate a situation.

When drones were first introduced as a fancy toy, little to no regulations existed to control how they were used. As their popularity grew, problems arose, such as privacy issues, damage to property, and airspace violations.

“We’ve not heard of privacy problems in the county,” Andes said.

Although the FAA controls where drones can fly, where they liftoff and land is up to the landowner. Drone pilots need to get permission to fly on private property, but public spaces can be used unless specifically prohibited. Hashawha Nature Center, for example, does not allow drones usage because of its proximity to the Carroll County Regional Airport.

Pilots of drones that will be flown within five miles of an airport must let the airport know where and when they will flying before flight begins, even if the drone will be over private property.

Carroll airport manager Joseph McKelvey said the airport hasn’t had problems with drones interfering with planes flying. “Folks usually call in and say that they will be operating drones in the area.”

He added that some new models of drones have a built-in GPS that won’t allow them to be flown too close to airports without entering a code.

“I get calls sometimes for the code, but I don’t have it,” McKelvey said. “I’m not sure where you get it, but I guess it comes from the manufacturer.”

Becoming an FAA-registered drone pilot can be a daunting process. Individuals must pass the FAA’s Aeronautical Knowledge Test to earn an FAA Airman Certificate. Candidates must be at least 16 years old and read, write, and understand English. The test evaluates aeronautical knowledge in many areas.

This is one reason Carroll Community College created its drone pilot training program. The program gives students the knowledge and skills they need to pass the test. The college has partnered with Dream Flight School to offer both ground and flight training.

“We’ve seen a significant increase in students going through our program,” Andes said.

The FAA’s Aeronautical Knowledge Test is administered at an FAA-approved Knowledge Testing Center. The closest one to Carroll County is the Frederick Flight Center in Frederick. The testing fee is $150 and an appointment is needed. Pilots need to be recertified every other year.

Drones also need to be registered, but this is a simpler process that can be done online. It costs $5 and is good for three years.

Andes says real estate agents and photographers are the biggest users of drones in their businesses, but other companies are finding ways to use them. For instance, drones have been used to make inspections of large crop areas. Companies, such as Amazon, have tested using drones for deliveries. Locally, Quantum Internet and Telephone uses drones to survey land for cell towers.

“They are very versatile,” Andes said.

With the increasing number of drones in the county and the growing interest in their use, the Carroll Technology Council sponsors the Big Drone Event to educate people about drones. The evening event features presentations on drones, the rules for their use, and hands-on demonstrations. It is held in the Carroll Indoor Sports Center in Westminster. This year’s event will be on July 11 from 5:30-8:30 p.m. 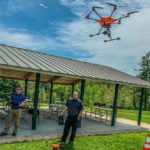 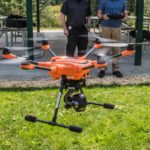 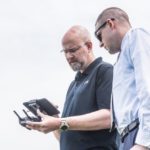