Love Online: You Can Lie…. But Not Forever 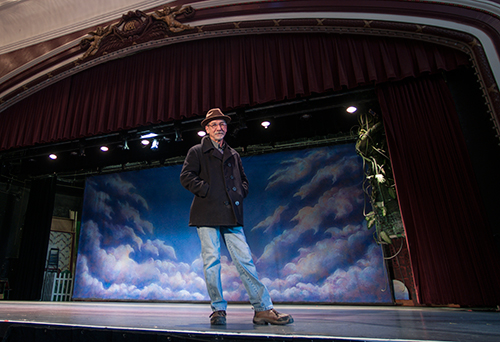 Robert Cox was briefly married to a woman he met online dating and appreciates the opportunities that it has opened for meeting new love interests.

Dating is not what it used to be. Long gone are the dance cards, and rare are the picnics at the park. Roses now include emoticon bouquets.

It Is not likely that anyone is crooning, “Matchmaker, matchmaker make a me a match, find me a find, catch me a catch,” unless that matchmaker is an algorithm-driven online dating site.

More than 40 million people are jumping online to find friends and true love. They are creating profiles about themselves that reveal what thrills them and gives them chills.

Online, people can view each other, flirt, wink and identify a “favorite” without even looking someone in the eye or smelling someone’s breath.

There are online dating sites for farmers, Jews, Christians, atheists, heterosexuals and homosexuals. Whether singles are willing to plunk down a lot of money, or want to spend precious little-to-none, their quest for love can begin the minute their computers fire up.

Under monikers like “hotsnake,” “trucker,” “texasheat,” “lasttime,” “usrespectkindfun,” and “soccerdadwild” some of the men who venture to OurTime.com, a site for singles who are over 50 years old, assure prospective partners that they are “nice, easy-going romantic” guys who are “looking for someone special to have fun with and help them,” or “enjoy life.” Many of the men are looking for “very attractive women,” “comfortable in most settings, as well someone who “likes to read, wants to travel some, attend sporting events, enjoys movies, but also feels comfortable working in the yard.”

Common, self-proclaimed attributes for women from Ourtime.com include “I love to travel, dance and seat [sic] by the fireplace. I listen and I don’t judge.” And “I am passionate about playing/reading music and about personal development.”

Women post that they hope to find “a romantic gentleman who likes to travel,” “someone who is flexible and easy going,” “someone who can communicate.”

“So many guys are named Dave or Jim. It’s unbelievable,” said Paula Maxwell, 47, who has joined many of her Carroll County friends since August in exploring online dating. “I have gone on seven dates. Three were with Daves and two were with Jims.”

The annual revenue from the online dating industry is $1.049 billion, according to 2013 data released by statisticbrain.com, which culls information from Reuters, Herald News, PC World, and The Washington Post.

“When you get to be my age, there are not a lot of opportunities,” said 63-year-old Robert Cox, an artist and Westminster resident. With the help of Match.com and eharmony, Cox said he met some “interesting ladies,” including a woman from England who flew into D.C. for the weekend. “Without online dating, I never would have had the opportunity to meet someone like that.”

“Did you know that if you meet and marry someone through eHarmony, you get a baseball cap?” he quipped

Cox still has the baseball cap, but the marriage did not last more than six months.

“There were Ôperception versus reality’ issues,” he said. “Plus, I confused proximity with intimacy. The one thought I walked away with is that online is not scientific matching. In fact, some of the time is seems that if you breathe air and walk upright, that is enough [to find a match].”

“Online dating is a good resource. It offers a pool full of people who want the same things that you do,” said Alex Rickeman, a licensed family and couples therapist in Westminster.

The ideal is to view online dating as a viable opportunity to meet people; Rickeman cautions that online dating with hopes of falling in love is risky.

“It sets people up for temporary experiences that can be devastating emotionally,” she added.

A woman’s desirability online peaks at 21 years old, according to statisticsbrain. com. At 26, women have more online pursuers than men; and by 48, men have twice as many online pursuers as women.

Cox and others who tap into online dating sites stress the importance of knowing yourself well – what you need and do not need in a relationship – before seeking a partner.

“You have to be honest about your interests, be honest about yourself and be frank about such stipulations as no sex on the first date,” said Janine Wilson, a Westminster resident who met her husband, Mark, through an online site. “At the same time, give yourself some latitude. Don’t be too exacting. You don’t really know what you want beyond intelligence and honor.”

The Wilsons met on Match.com in 2008, dated a few weeks but stopped because Mark, a widower, just was not ready to date. They dated again in April, took a road trip out west late summer, and Mark proposed to Janine in September, 2009.

“Within six months, you know if it’s going to last or not,” said Janine. “Once we enjoyed the vacation together, we really knew.”

Both Mark and Janine said that with online dating it is important to trust first impressions, and when you recognize incompatibility, let the other person know right away.

Four common mistakes made by online daters include corresponding with too many potentials, making dates too quickly, choosing a bad username and sticking with dated photographs, according to an online magazine by Match.com.

Anthropologist, psychologist and author Helen Fisher devotes her life’s research to understanding the quest for love. She remains a resource for Match.com and chemistry.com., online services she helped found.

“Success with online dating – with finding love on your own – is linked to knowing yourself,” Fisher posits in her book titled Why Him? Why Her?: Finding Real Love by Understanding Your Personality Type.

Do you take risks, or are you fond of rules? Are you analytical and tough-minded, or more intuitive, sympathetic and nurturing? Do you have a live-and-let-live personality and also tend to procrastinate? Or, do you find comfort in traditions, morals, structures? The answers to these and other questions in Fisher’s book yield the identification of personality types (Explorers, Builders, Directors, Negotiators).

Whether you are seeking a partner online or off, Fisher contends that knowing if you are an Explorer, Builder, Director or Negotiator helps you find a partner whose personality type tends to be compatible. Explorers (risk takers) tend to gravitate toward other Explorers; Builders (calm, cautious, fond of rules) love other Builders; Directors (analytical, decisive, emotionally contained) gravitate toward Negotiators; and, Negotiators (intuitive, nurturing) are drawn to Directors.

Our degree of creativity, curiosity, traditionalism, calm, compassion are not likely to differ over the years; however, our beliefs about family, God, taste in music, literature, and food vary depending on where when and how we were brought up. In turn, life-altering events, like divorce and loss of a loved one, change our personality – at least temporarily.

In addition to knowing yourself, it is important to love yourself before dating on or offline, said Fisher and others.

“If you don’t love yourself, you can’t expect to get love from someone else. And even if you get it, it will only be there for a little while,” Fisher notes in Why Him? Why Her?

Honesty about personal strengths and weaknesses, or rather, the lack of them, should also be factored into online dating successes and failures.

Most seasoned online daters have the “this-can’t-really-be-him (or her)” first sighting that is linked to the common practice of misrepresentations online. Most men lie most about their age, height and income; women lie most about weight, physical build and age.

Whether photos are pulled from 10 years ago, or have been cropped or digitally enhanced for fewer pounds, whiter teeth or fewer wrinkles, the first meeting often brings hope to a screeching halt because the photo just does not represent reality.

One woman, who asked to remain anonymous, agreed to see a man who professed to a paramedic; when they met, he confessed he was a bus driver.

“Must have seemed like a small detail to fudge, even in his photos,” she said. “But a lie is a lie.”

They did not go on a second date.

“It can really be a nightmare,” said Maxwell. “One man assured me that he worked for UPS – he didn’t. Though my profile made it clear that work ethic and motivation mattered to me, he lacked both. Another man looked very sincere in his photo and noted that he was 5’ 11”. In reality, he might have been close to 5’8”. A lot of women won’t date someone who is shorter than 5’10.” Height matters.”

When Mark and Janine Wilson met in person for the first time, there was no disconnect between what each portrayed online and who they were in person. What each saw is what each got.

“He seemed intelligent, which is important to me,” said Janine. “He lived in Eldersburg, which helped. And when I told him about some hard times I had, he got tears in his eyes. His empathy was so genuine.”

“From her profile I could tell that she was interesting and intelligent,” Mark said. “She mentioned that she loved to dance and golf. Once we met, I learned just how intelligent she really is – and she is very attractive. The vacation together made everything clear – we had a great time. I went to the jeweler the Monday after we returned, and I remember thinking that having to wait until Thursday for the ring to be made was too long a wait. I was that eager to ask her to marry me.”

For now, Robert Cox, the resident who met interesting ladies via online dating services and even married one woman for a brief time, has put online dating on hold.

“Currently, I am waiting for a beautiful woman to fall naked through my front door,” he said.

“It’s fascinating to explore what makes some relationships successful and others not; why some people find happiness and others don’t,” said Rickeman. “Online dating opens many doors. Why not walk through them?”